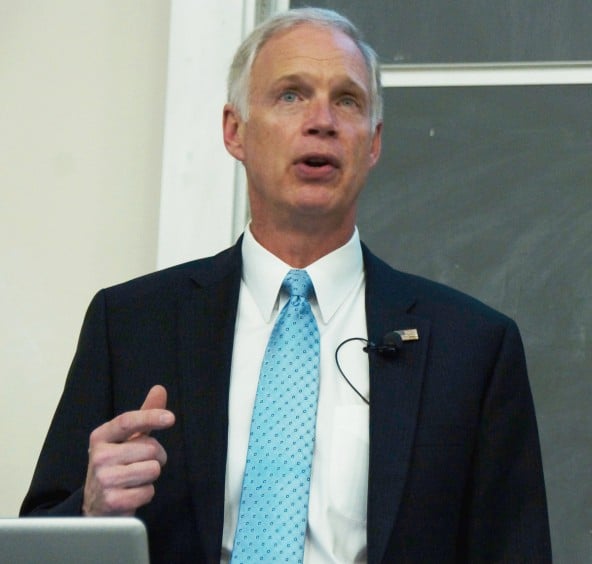 The whiteboard is a staple of a teacher’s profession. Apparently, it’s also a staple for Sen. Ron Johnson, R-Wis., in his new commercial.

Playing off of the same ad he ran in 2010, Johnson uses a whiteboard to point out that he is still the only manufacturer in the Senate.

But what Johnson might not yet realize is that his use of a teaching essential unmistakably alludes to comments where he suggested movies and other technologies could replace teachers.

The problem with using a whiteboard — a tool educators use to convey knowledge to students — is it shows that teachers and the tools they use remain crucial for learning outcomes. If Sen. Johnson has to use a whiteboard to persuade voters of his point, wouldn’t teachers need to as well?

It looks like Sen. Johnson and his campaign staff may have overlooked this.

If Johnson is serious about his crusade against overpaid professors, his team should have been more careful in making this advertisement. Maybe Sen. Johnson could have included a disclaimer where he in no way approves the use of whiteboards for the average citizen or as a valuable way to convey information.

By including a whiteboard, Johnson basically said, “I was wrong. Teachers are valuable resources for students. They help develop critical thinking skills as well as create a better citizenry.”

Obviously, this isn’t what Ronny meant.

Overall, this is a careless mistake, which can only be rectified if Johnson, in his next advertisement, burns a whiteboard to a crisp.