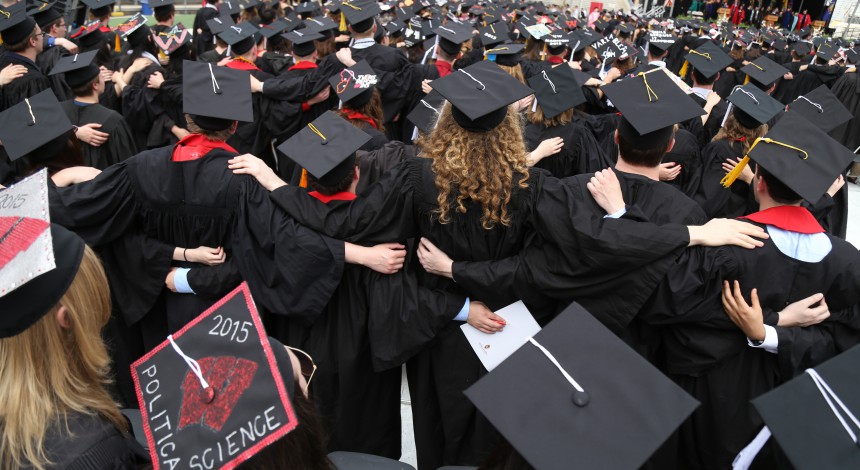 In my microeconomics class last semester, we studied market failure due to asymmetrical information. The professor threw out the used car market as an example. The seller knows whether the car runs but the buyer doesn’t. This all led to nice little equations and some economic theory packaged in a pretty mathematic bow.

The second example he gave was about college education.

He painted a picture of a world where all employees were paid based on the productivity of the average worker. Employers were blind to their workers’ ability when hiring and deciding salaries, so everyone was paid the same.

The high productivity people wanted a way to signal to businesses that they would be an asset to the company. In doing so, they would receive higher pay and the firms would contract better workers. It would be a win-win for everyone.

The way to do this signaling was through college education.

College was supposed to be challenging, expensive and time consuming. It was a glorified mental obstacle course only the intelligent could navigate. College did not benefit the students in any way. Graduates did not emerge from college more productive than before.

But college did cost them. It cost time, students could have spent earning wages. It also cost them financially and, most importantly, mentally. The stress of the fast-paced, high pressured colleges weighed on the students.

In the end, people were paid proportionately to what they were worth and employers were able to hire the best workers possible.

My professor had essentially told me that what I was learning, all the work I was doing and all of the tuition I was paying, were part of a series of useless obstacles I had to overcome to prove my intelligence.

In some sense, I agree with this rather harsh view of the world. People are born with innate talents and abilities. Some are smarter and more productive than others.

At times college is unnecessarily difficult, especially in light of the fact that most of the skills needed in the workforce will be learned on the job after graduation. Many of us really are just going to school in hopes of proving to employers we are worth hiring.

Still, I have to believe college isn’t just a place to lose money and stress eat Girl Scout cookies until we can graduate.

We cram our heads with facts every midterm season. We expose ourselves to high tech research, advanced liberal thought and the dazzling world of high level academia. We learn to write with fancy words, to debate about policy issues, to care about world events.

We are living in a limbo world between adolescence and adulthood where we have the time to figure out how to file taxes, sign a lease and pay the Wi-Fi bill.

College offers immense opportunities for learning and self-improvement, even if they aren’t directly related to workplace success. We truly are learning while we are here.

But as much as I’d like to believe that college is truly beneficial to us all, the reality doesn’t matter. We are all jumping through the obstacle course of college like well-trained border collies sprinting off toward our diplomas.