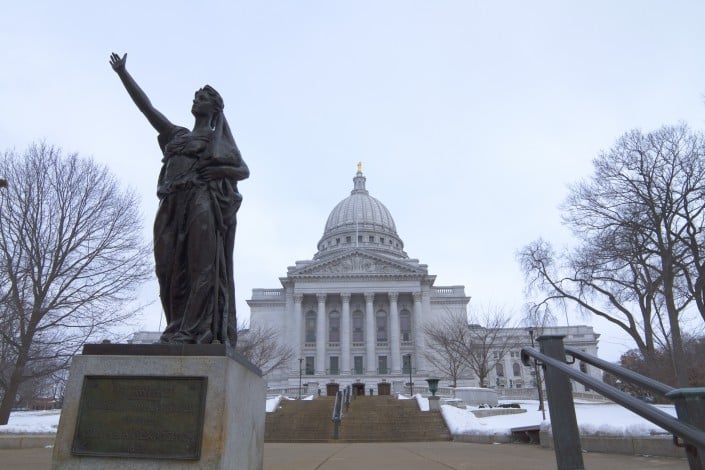 In 2012, Radcliffe F. Haughton took a taxi to Azana Salon and Spa in Brookfield, Wisconsin. He went to see his estranged wife, Zina Haughton while she was working. Around 11 a.m., Haughton entered the building and fatally shot three women before killing himself. This occurred only two weeks after Zina Haughton placed a temporary restraining order against him. The Brookfield Police Chief Daniel Tushaus said it appeared the fatal shooting was rooted in domestic violence.

Tragic acts of violence, as well as domestic abuse charges against professional athletes, have increased public awareness of domestic abuse in the United States. In Wisconsin, the increased awareness has led the Legislature to pass several bills over the past two years that strengthen domestic abuse laws. These laws can potentially prevent future domestic abuse. However, as important as these laws are, we must now look to the future. We should start to implement programs and policies that prevent domestic violence before it occurs.

Before we start to focus on what we can do in the future to stop domestic abuse, we should look at some recent policies that have had an important impact on holding abusers accountable in Wisconsin.

For example in 2014, the Wisconsin Legislature passed the SAFE Act (Stopping Abuse Facilities through Enforcement). This bill put an enforcement mechanism in place to help ensure domestic abuse violators do not own firearms.

According to Tony Gibart, the public policy director for End Domestic Abuse Wisconsin in the late 1990s, the nation enacted a law requiring anyone with a domestic abuse restraining order to surrender his or her firearms. However, there was nothing put in place that would ensure the abusers actually did give up their weapons.

Gov. Scott Walker recently signed another legislative bill into law this year on April 8. This bill expanded the jurisdiction of the courts in domestic violence cases. The bill clarifies courts’ jurisdiction in order to help domestic abuse victims, child abuse victims or harassment victims who are being harassed and threatened from out of state.

In addition to the legislative bills passed, in August of 2013, the Domestic Abuse Intervention Services (DAIS) opened a new domestic abuse shelter. According to Emily Barnes, the director of Development and Communications at DAIS, the new shelter on Fordem Avenue offers 56 beds, in comparison with 25 at the older shelter.

In addition to the new space available for clients, the facility now has the ability to house eight crisis intervention programs in one place. These programs include legal advocacy, children programs, support groups and a 24-hour help line.

Although these invaluable domestic abuse laws and shelters demonstrate that Wisconsin is working hard to protect victims and hold abusers accountable, there still remains one important unanswered question: How do we stop the violence before it begins? It appears the answer, like most things, is in education.

Gibart discussed educating at the middle and high school levels. Kids need to learn about domestic violence-related issues, such as teen dating violence. They need to talk about it in their classrooms and with their peers. This will make the problem easier to recognize and address.

In addition to educating kids on domestic violence-related issues, Gibart suggests training teachers and staff on how to address victims of abuse. For instance, when a victim of abuse seeks out help from a teacher at their school, how should the teacher address the student? Is there specific language the teacher should use in order for the student not to feel that it is his or her fault? And who should the teacher report the incident to?

Again, recent Wisconsin legislation on domestic abuse is important. Helping victims and holding abusers accountable is necessary. But where can prevention play a role?

Gibart said we need to create a culture where abuse is less likely to happen. I agree. We need to start looking to the future. We need to start educating children on the dangers of domestic violence in order to prevent tragedies — like the one that occurred at Azana Salon — from ever happening again.

Mackenzie Krumme ([email protected]) is a junior majoring in international studies and intending to major in journalism.