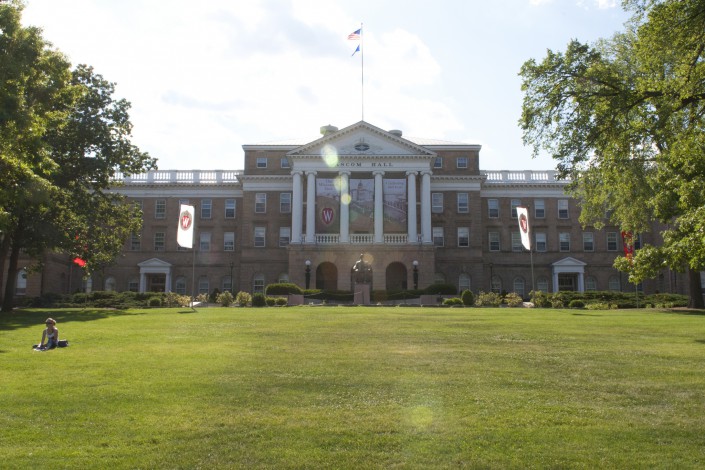 This Tuesday, news broke confirming the suspicions of many throughout Wisconsin. The University of Wisconsin System’s budget will be slashed by $300 million, and the system as a whole will most likely split off from the state and be turned into a public authority.

This is very similar to what happened to UW Hospital in 1996. And for those who remember, former Chancellor Carolyn “Biddy” Martin in 2011 promoted a similar plan to split the flagship UW-Madison campus off from the state and the rest of the UW System. This plan was supposed to allow for increased “flexibility” in paying employees and recruiting students. After the regents, staff and students pushed back against the idea, Martin’s plan failed, and this attempt ultimately resulted in Martin leaving her position to become the president of Amherst College. Now, however, with the regents in tow, Gov. Scott Walker has proposed to split all of the UW System off from the state.

On Monday, UW-Madison Chancellor Rebecca Blank said there have been no conversations about splitting off UW-Madison, as former Chancellor Martin had proposed, and I believe her. Martin left after her efforts completely backfired, and while UW-Madison does need some special considerations within the UW System at large, I think Blank learned the lesson from Martin’s failed efforts and is happy to work within the regents’ framework for success.

Overall, though, this split from the state will be a disaster for UW students and beneficial for Walker, who’s made no secret of his presidential aspirations.

Simply put, tuition is going to rise and students will have less of a voice in the oversight process. Most excruciatingly, this will all be done while Walker can wash his hands of the situation and say, “Hey, I kept costs down, it’s those darned regents who are raising your tuition or getting rid of your two-year school.” He scores cheap points while students pay the price.

For the past two years, Walker has touted his tuition freeze as a way to keep costs of attending UW schools down after previous years of consistent tuition increases. He’s promised another two-year tuition freeze for in-state undergraduates. But setting the UW System adrift as a public authority will, after 2017, remove the legislative oversight on tuition levels, inevitably causing a jump in tuition costs to both make up for the lost years of tuition revenue and offset the $300 million that could be cut from the budget over the next two years.

Graduate, international and out-of-state students will likely bear the brunt of these raises. As Blank has repeatedly noted, our out-of-state tuition is low, compared to our “peers,” and we need to catch up. I’m not putting my head in the sand and saying that we cannot have any tuition raises, but the small, growing group of students will bear the costs. This could have a drastic impact on the future of these students.

Secondly, and most importantly, students will lose their institutional right to be a part of decisions like these. State Statute 36.09(5) is commonly touted by ASM as their legal right and duty to work with the university on a whole range of issues — everything from student life to segregated fees. Becoming a public authority would most likely destroy these protections and remove the legally obligated “seat at the table” that student governments around the state currently enjoy.

It is fine for Blank to claim in her Tuesday email to campus that university officials would still respect and engage students, but I have massive reservations that these claims would hold up for long, if at all. There can be no mincing words. Shared governance and therefore institutional student power will disappear with this change.

ASM can, and should, lead the way on this. With the regents siding with Walker in terms of the public authority model, the split will most likely happen. Along the same lines, the budget cuts are likely to remain in place with some small adjustments. Therefore, where ASM can and should focus is on rallying support to retain shared governance as a legal obligation for students and universities.

Setting this small, yet incredibly important, goal can help focus student efforts from across the state on one concentrated issue. While another voice lobbying against the budget as a whole can be lost and dismissed, coming in with a nuanced and specific request that promotes affordability and accountability – two of Walker’s favorite buzzwords about the UW – could go a long way. ASM may even be able to partner with the faculty to jointly lobby for retaining shared governance rights which would increase their bargaining power immensely.

I know ASM has a mixed history of success in legislative politics, but this is a situation where we’re going to get a crappy deal no matter what. If they pick a manageable goal and set realistic expectations, ASM can pull out a small, but important, win out of this scenario. If they try to push back against the budget as a whole, it’s safe to say shared governance is toast.