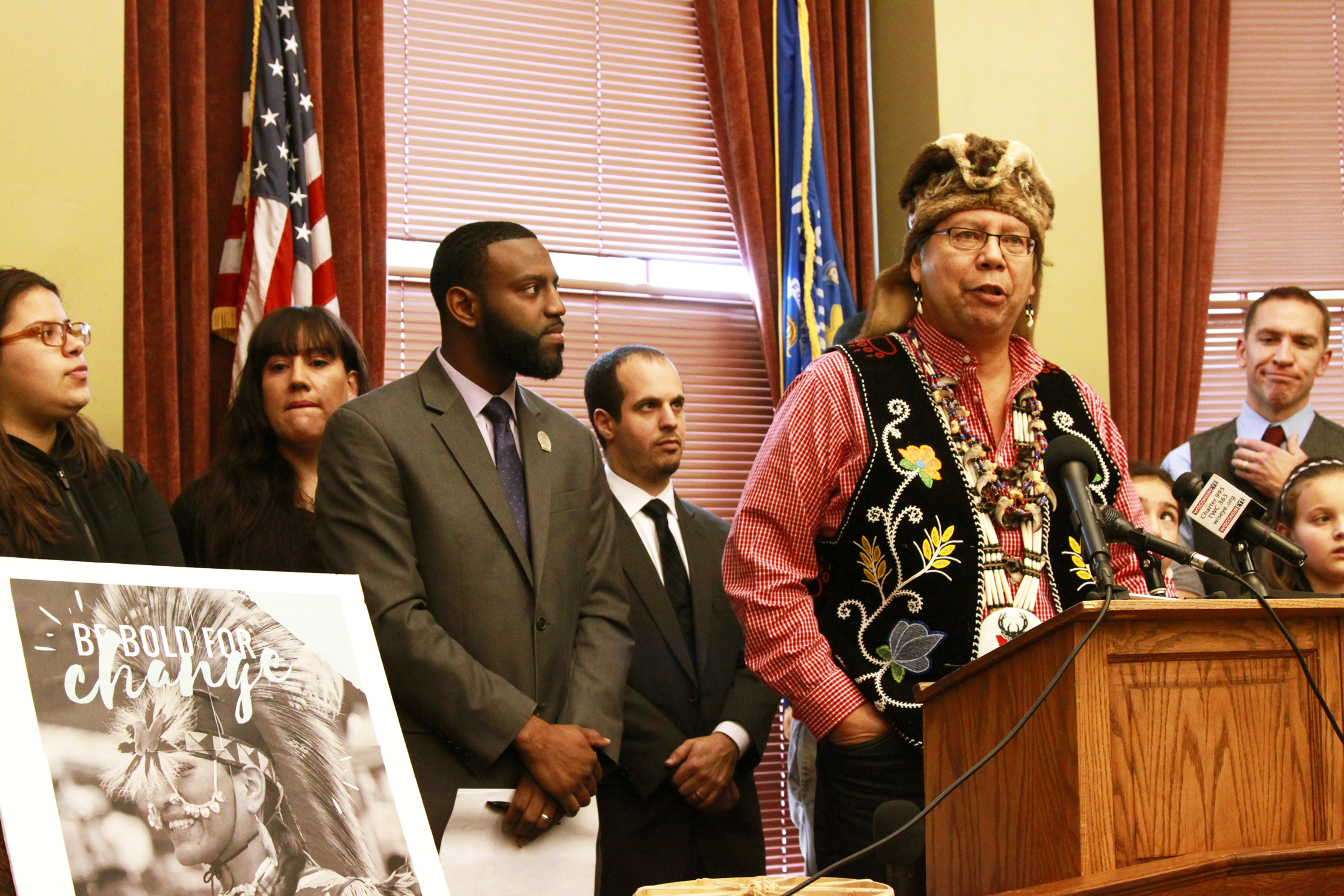 The contents of this bill are not new and are actually part of a growing trend to rededicate the federal holiday, Columbus Day, to one that recognizes first nation and indigenous peoples. More than 20 communities, including Dane County and the City of Madison, and at least six states — Alaska, Hawaii, Oregon, Minnesota, South Dakota and Vermont — have already adopted alternative celebrations to Columbus Day.

Rep. Bowen said it’s important to attribute Christopher Columbus with the history of trans-Atlantic slave trade rather than with discovering America, because his legacy was “built on the destruction of freedom for so many Indigenous Americans.”

“No longer will we whitewash history, no longer will be allow our state [to not] recognize the true people who already discovered America,” Bowen said.

Bowen introduced a similar bill in the last Assembly session, but it did not pass. During that same time, however, fourth graders from Indian Community School of Milwaukee were drafting a resolution for Milwaukee County to commemorate Indigenous Peoples Day.

At the end of last year, Milwaukee County Board approved the resolution and County Executive Chris Abele passed the resolution, proclaiming Indigenous Peoples Day for residents of the county.

These steps have sparked hope in some Indigenous Community members, like Oneida tribe member Mark Denning. He expressed his pride for the youth taking initiative to fight for Indigenous Peoples Day.

“I am here out of obligation of my age, my memory, my clan responsibilities, and [my status] as a native man here to support them, just as these young people [are here] saying ‘We want October 12th to be more than a day of genocidal memory’ for them and their families.”

Bowen is hopeful the bill will pass this time. Since the last legislative session, Bowen said he drew bipartisan support for the bill in the Assembly and is working with Taylor to secure support in the Senate.

As lead Senate sponsor, Taylor believes this legislation is important for ‘correcting history’ and began making extra efforts to change other landmarks, like Columbus Park, and rededicate them to Indigenous Peoples.

Overall, Taylor said she is supportive of the work the students of Indian Community School have done so far. She left a message for the youth to continue their work moving forward.

“I am excited to see young people engaged in this very special day,” Taylor said. “This is the day you let them know who is coming to claim their day, and claim their legacy,”