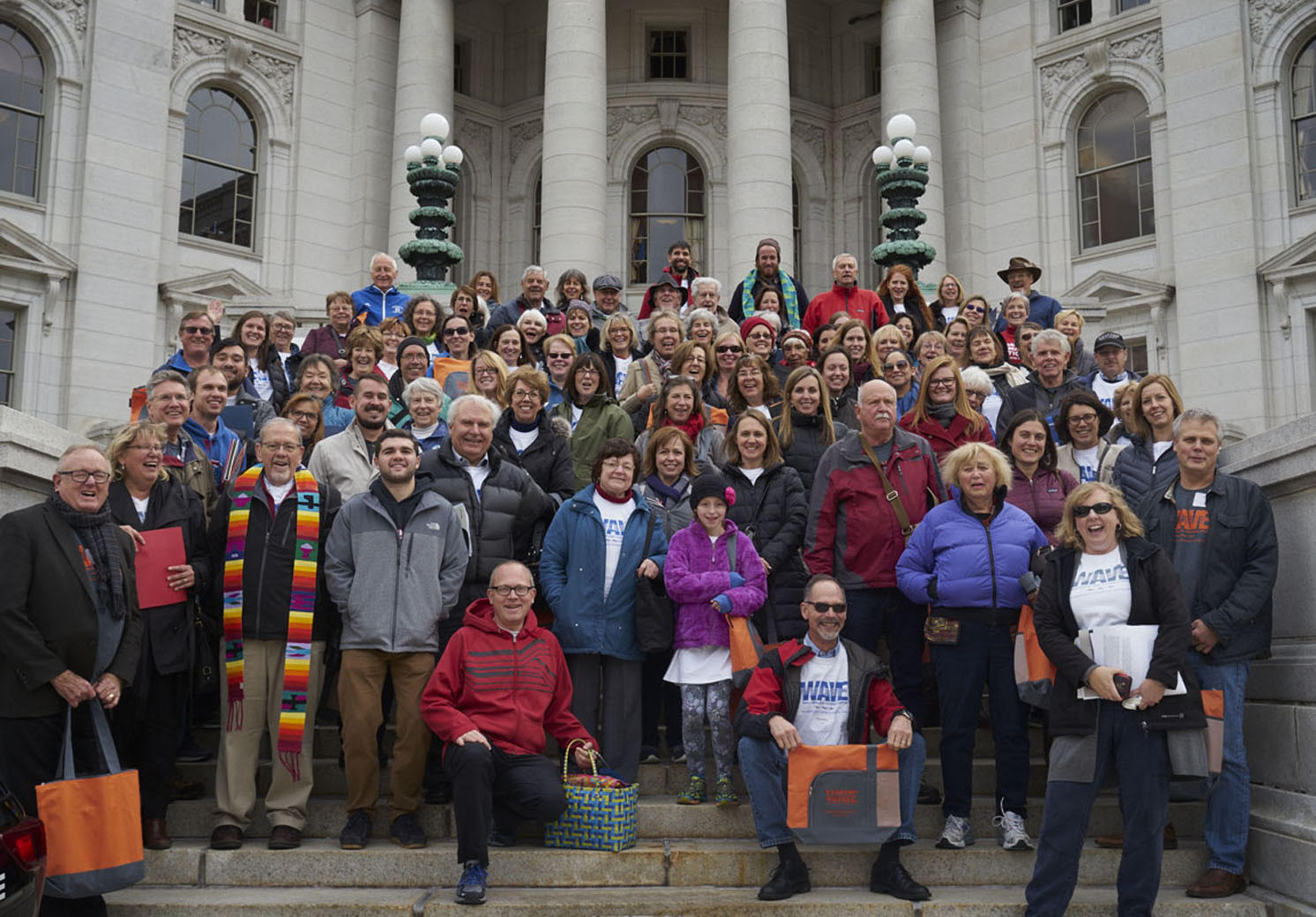 Heidi Rose, WAVE program director, said WAVE volunteers came to support bills advocating background checks and waiting periods for gun sales and opposing a bill that would eliminate the training requirement for concealed carry permits. Rose said their goal was to deliver information to publicly elected officials and ensure they knew the views of their constituents.

“The important piece is that we had more than 100 people come to our lobby day today from around the state, but they’re just a handful of the close to 60,000 members that we have all across the state that care about this issue and are here to help make their voices heard,” Rose said. 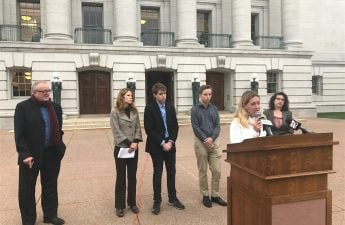 Jeri Bonavia, WAVE executive director, said it was important to present while the Wisconsin state Legislature was in session to stop “reckless and dangerous legislation” from moving forward in the legislature.

Bonavia said these issues hold bipartisan support in Wisconsin and across America. According to a June 2017 Quinnipiac Poll, more than 90 percent of Americans support background checks for gun holders.

“There is agreement among Wisconsin citizens on [basic requirements for gun ownership],” Bonavia said. “The disconnect lies with what legislators are doing.”

Bonavia believes meeting with legislators face-to-face will help them understand this is not a partisan issue and that the majority of Wisconsinites do support training requirements and background checks for gun owners.

“It’s one thing reading on a piece of paper that 91 percent of Wisconsinites agree about [permit requirements],” Bonavia said. “It’s a different thing to actually have people show up in your office and really express in very human terms what gun violence means to them [and] why it matters so much the legislators work hard to prevent it.”