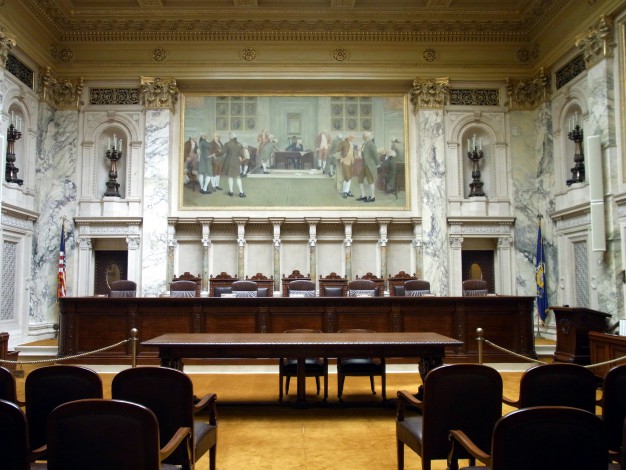 A recent proposal for a mandatory judge retirement bill would bring some current judges to the end of their career, raising questions about the political motive behind the bill.

State Rep. Dean Knudson, R-Hudson, is one of the main proponents for a bill that would set a mandatory retirement age for judges at 75. The bill would directly affect several current judges who are above the proposed retirement age.

The bill has not been introduced yet, but Knudson said he plans to introduce it sometime during this session.

Jay Heck, executive director for Common Cause Wisconsin, said he believes the upcoming bill is directed at Chief Justice Shirley Abrahamson, 81. If the bill was enacted she would be forced to retire. Heck said Abrahamson often disagrees with the ideological point of view of the conservatives in Wisconsin Legislature.

“It is a purely partisan attempt to exert their power and control,” Heck said.

In the Milwaukee Journal Sentinel, Knudson said he was not attempting to push Abrahamson, but was only seeking to uphold the constitution.

“My motivation is solely to uphold the Constitution,” he said. “This is a duty and obligation of the Legislature that we have not carried through on.”

Dietram Scheufele, a University of Wisconsin professor in science communication, said the main issue relies on whether the bill comes with a grandfathering clause. According to Scheufele, a grandfather clause means that any current judges would not be affected by the rule, while the bill would apply to any new judges that come into office.

The grandfathering clause is the key to how this case is perceived by the opposing party, he said.

“If the grandfathering were not to occur, it would potentially shift this program to from policy proposal to a political proposal,” Scheufele said. “Because then a lot of people would see it as a politically motivated proposal that is aimed at shifting the makeup of the current court.”

If the bill comes with a grandfathering clause, he said the bill is a non-partisan issue. Since all new judges come in with the same rule, no matter which party they belong to, the rule becomes objective, he said.

With grandfathering, no particular judge gets targeted, Barry Burden, UW professor of political science, said in an email to The Badger Herald.

Since his recall election, Scheufele said Gov. Scott Walker has often shied away from politically charged agendas. With Walker’s national ambitions, Scheufele said if this bill were to make it through the Legislature without the grandfathering rule, there is a good chance the bill would not end up being signed by Walker.

Heck said this issue should be left in the hands of public.

“This should be something for the voters to decide, not for partisan lawmakers who don’t happen to agree with the ideological stance of a particular justice,” Heck said.

Scheufele said laws similar to this are not uncommon, comparing this proposed bill to mandatory retirement ages for professors at some universities.