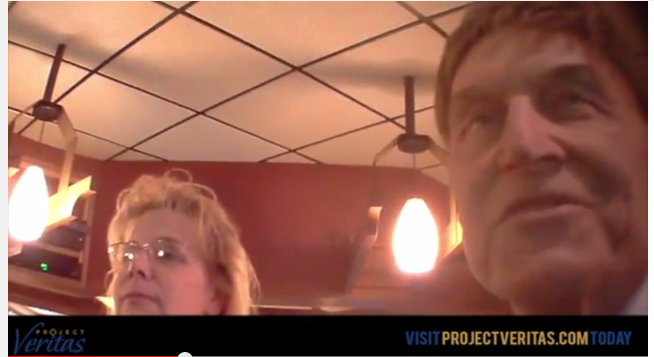 The conservative group Project Veritas released videos this week that showed Ellis discussed setting up an illegal super PAC, which by law needs to be independent from candidates.

Ellis, who has been a strong advocate of campaign finance reform in the past, confirmed that he proposed this but that he scrapped the idea after finding out it is illegal, according to the Milwaukee Journal Sentinel.

“Ellis has been pretty vocal on this issue (of campaign finance reform), and the hypocrisy was pretty out in the open,” Project Veritas director James O’Keefe told the Journal Sentinel. “He was talking in a bar, and it was something that was easy to catch.”

Ellis faces a challenge from Democratic Rep. Penny Bernard Schaber of Appleton.  He has also split from his conservative colleagues in the past on issues like school vouchers.

Wisconsin campaign law prohibits candidates’ coordination of independent organizations that support or oppose either candidate in the election.

Judi Rhodes Engels, the treasurer for Ellis’s campaign, has resigned, according to the Journal Sentinel. Ellis suggested in the video that she would be the one to set up and run the illegal super PAC.

“I have never set up any ‘super PAC’ nor have I had any intention of doing so nor have I ever had any conversation with Senator Ellis about it,” Rhodes Engels said in a statement to the Journal Sentinel. “I will not work for any committee that would imply that I would improperly do so.”

In the recordings, Ellis also criticized Gov. Scott Walker, saying Walker is only “working for Walker” in focusing on a possible 2016 presidential run. He also said Senate Majority Leader Scott Fitzgerald, R-Juneau, “didn’t run the [expletive] place. I did.”

Project Veritas is run by James O’Keefe, who is famous for recording employees doing illicit activities at the Association of Community Organizations for Reform Now or ACORN, leading to the community group’s ending. The group also recently criticized U.S. Rep. Jim Sensenbrenner, R-Menomonee Falls, for his support of revamping the Voting Rights Act’s preclearance formula.