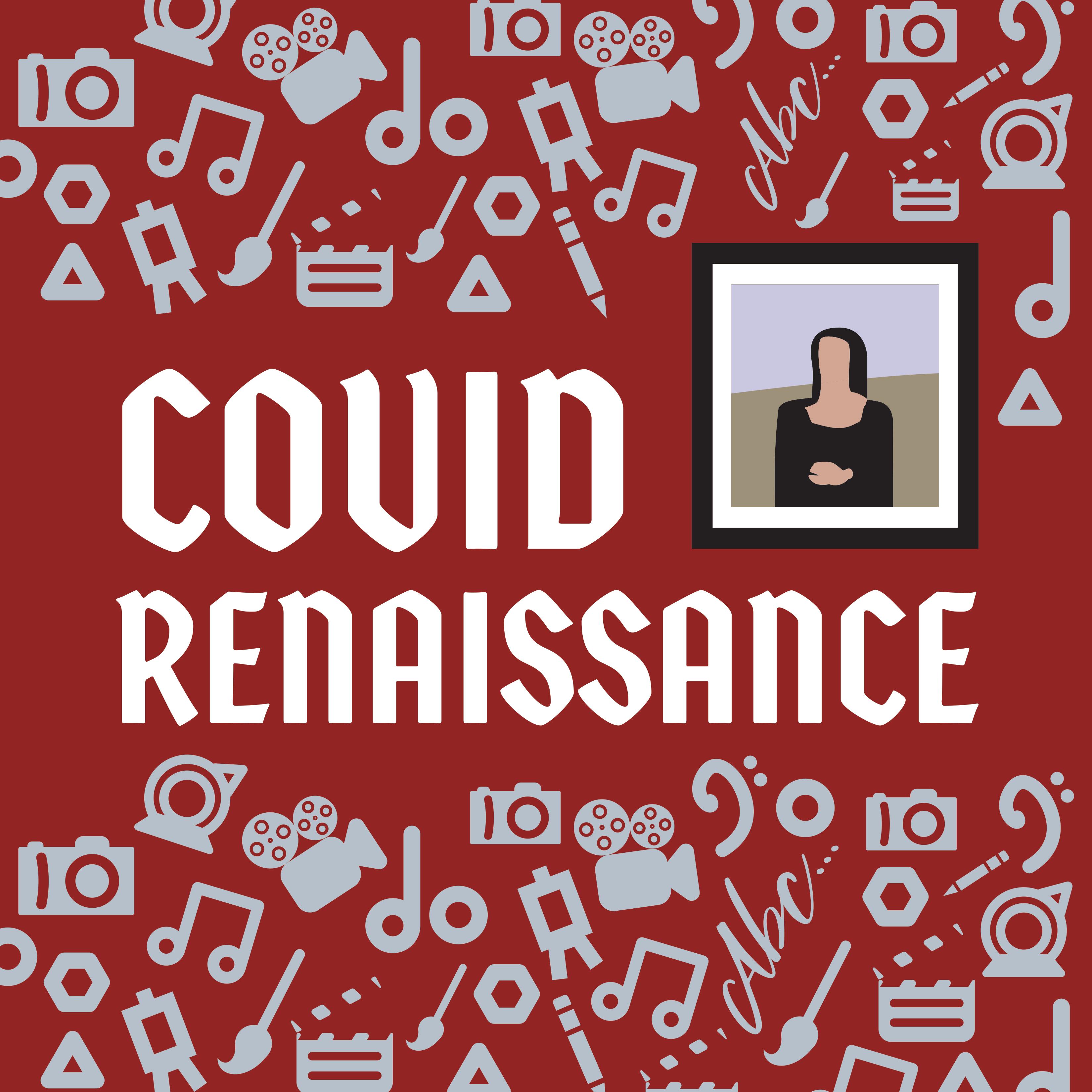 The year was 1347. The Bubonic Plague was sweeping through Europe, creating mass panic and bringing many to believe the world as they knew it was ending. Some, seeing the plague as a curse from God and death as inevitable, sought out any pleasure they could obtain and began rapidly creating and consuming art of all forms.

Following the plague, a reorganized social structure emerged from the ashes of 14th century Italy — one that valued individual expression in an unprecedented way. Though the sickness had passed, the appetite for art persisted. Wealthy families began supporting the work of scholars, scientists and artists such as Leonardo Da Vinci and Donatello, leading to a rapid expanse of knowledge and culture unlike any seen before in history.

This was the Italian Renaissance — a time period when art flourished and great thinkers, writers and artists emerged. Though it may seem unlikely, Dane County may share a few attributes with the artistic enlightenment in the coming months.

While 15th century Italy does not seem to have much in common with present-day Madison, it certainly serves as a case study for how culture and fine arts could evolve as the pandemic wanes. It may not be long until we begin to experience a similarly rapid expansion of the arts as pandemic restrictions begin to ease and creators reemerge.

Many local students, organizations and creators are returning to their work with a renewed passion to create and are channeling this energy into their art to achieve fantastic results. Though not as grand of a scale as the revolutions of old, the coming months could prove Madison may be perfectly poised to undergo its own modern day renaissance.

COVID-19 showed all of us new ways to accomplish everyday tasks. In lieu of in-person meetings, we held Zoom calls. In place of shaking hands, we switched to elbow bumps.

No one learned this lesson better than President of Madison Arts Guild David Williams who had to change the way he presented art exhibits altogether during the pandemic.

Unable to hold traditional art shows due to gathering limits, Madison Arts Guild resorted to holding its exhibits in the only places people were still routinely congregating — hospitals.

“We thought it was important to still put on a show even though, obviously, there were many artists who were like ‘Well, what’s the point, no one’s going to see it,’” Williams said. “Well, the staff will still see it, and the patients will still have some artwork, which may be able to light up their day a little bit.”

Mandy Kron, who is the art project manager at University of Wisconsin Health, said it was strange for the Madison Arts Guild, also known as MAG, to adjust to the new audience at first.

Though, Kron said they soon realized the exhibits were beneficial to workplace morale during the emotionally challenging time.

“Not having our regular audience is very different for art exhibits, but … I heard more feedback from staff than usual that they were really enjoying art exhibits and at a time when staff morale is more important than it ever has been,” Kron said. “It was nice to know that the staff were really enjoying the artwork and that patients that were still coming through were still enjoying the artwork.”

The exhibits turned out to be a great success for MAG as the organization was still able to garner a similar amount of profit as it would in a year full of normal showings.

Williams, a watercolor painter, described how he was motivated by what he called the “spirit of an artist” — a drive to continue to create work despite the unfavorable odds presented by the pandemic. It is this artisanal spirit Williams said burns stronger in him than ever before, especially after he tested positive for COVID-19.

Kron, a reclaimed materials artist, also noted a strengthened spirit following her work during the pandemic, describing a building “momentum” which has kept her pursuing art through the challenging period.

“The momentum started with having all this time to make art, and since I’ve been making progress as an artist, I’ve started to discover themes and concepts that I’m really excited about exploring,” Kron said. “I feel like I have a clearer path ahead of me for the arts I want to keep creating.”

With a renewed fervour to continue painting and the experience gained throughout the pandemic, it is safe to say Williams, Kron and the rest of MAG are well equipped to usher in a new age of art in Madison.

The spirit Williams and Kron felt is alive and well on campus as student artists are returning to their craft after much time away.

When UW sophomore Elizabeth Grace, who is majoring in dance, finally returned to the dance studio after nearly two years away, the experience instantly rekindled her love for the discipline she began to lose interest in over the course of the pandemic.

“Getting to come back and getting to perform one more time with my class, with my friends, that feeling was like, ‘Oh my God, I’m suddenly so excited to get back into this thing that I lost so much passion for,’” Grace said.

Grace, like many other student creators, has found the experience of returning to creative spaces is nothing short of euphoric. It is this feeling which bleeds over into their work in novel ways.

UW junior and vocal performance major Noah Strube also noted this excitement after learning he would get to take part in this year’s long-awaited opera performance.

“Just knowing that [the opera] is around the corner and that it is most likely going to happen, I’m very optimistic about that, and that makes me very hopeful,” he said.

Strube, who was sent home from UW when the pandemic hit during his second semester of college, had to complete most of his assignments and vocal lessons via video calls. He was more than glad for the opportunity to finally return to the stage.

“Singing together masked is better than singing apart over Zoom,” he said.

Grace also noticed a greater sense of group cohesion upon returning to her dance studio, something, she said, is a result of all the time they spent apart.

Another student noting a similar infusion of passion into her work is Serendipity Stage, a UW senior majoring in fine arts, who likened the return to creating art to the opening of locked doors.

“It’s like there’s been these doors that have been closed — literally things were closed — but also these metaphorical doors of the people and events and activities that now can re-enter my art practice again, and that’s just exciting, and I think that [my work is] going to get better than it already has,” Stage said.

In examining her own work, Stage, a painter and tattoo artist, described a renewed vigor in her desire to create along with an increased sense of self-understanding.

Stage believes these aspects give her work a new perspective she would not have gained had she not experienced the extended break from the confines of strictly academic art study provided by the pandemic.

“I honestly liked the break from academia in a way,” Stage said. “I was still doing class, but as much as I didn’t have that [classroom] space, I just had a new kind of space, and now I think I’m finding more of this synthesis between my everyday living and my art practice and my professional ambitions and goals.”

Looking to the future, UW senior and piano performance major Abigail Arkley agreed the art scene in the Madison area is already undergoing some rapid changes and could see even more in the coming months.

“There is totally a renaissance happening currently, and there is so much to take advantage of, just on this campus alone,” Arkley said.

These passionate students are just some of the thousands of young creators who are rediscovering and rekindling their crafts after being separated from them throughout the past year and a half. With this renewed sense of passion for their art, it won’t be long until they begin to push the limits of their work to new heights.

Though some local artists have yet to retake the spotlight as the virus continues to linger, many agree the moment they do will be unparalleled.

Director of the DB Orchestra Andy Kerber said while his band has yet to return to performing in a full capacity, he feels like a powerful resurgence in the Madison music scene is on the horizon.

“I think everyone is getting really restless,” Kerber said. “Everyone who I know, all of my artist friends, are really ready to knock it out of the park as soon as it is safe to do so.”

Unable to perform with his band throughout the pandemic, Kerber devoted much of his time toward improving personally as both a musician and a director by studying music theory and examining ways his ensemble could enhance rehearsal once the group reconvened.

“When you don’t play for an entire year, it gives you a lot of time to think,” he said.

Kerber said no time looked better for a renaissance than the coming months as he described an inevitable feeling artists would soon return to the city in full force.

“I’m really looking forward to the explosion of art that is very imminent, and I think everyone else should be too,” Kerber said. “I think it’ll be a very good time for art.”

Director of the UW Division of Arts Christopher Walker agreed with this sentiment, citing a number of changes to the world outside of art since the pandemic which have led to rapid development of the discipline.

“There is a renaissance of sorts in the arts at the moment,” Walker said. “What am I talking about when I say ‘a renaissance?’ I’m referencing what I feel to be a change in how we consume art and how we create art.”

Walker explained since the arrival of coronavirus, both the physical and digital world have undergone a massive shift, which has allowed the approach of a modern artistic revolution.

Creators are now finding new ways to connect online and artists are spending their time exploring new avenues for their talent, changes that Walker believes may not have occurred without the pandemic.

“I feel like I am experiencing a renaissance, particularly in areas of art making and curation in terms of how people gather,” Walker said. “There are different ways of gathering now because of the realities of the pandemic and how we are still learning about best practices and the best ways of keeping safe.”

One such change implemented as a result of 2020 is the creation of the Artivism Student Action Program, an award given to UW students to fund student activism through the arts. The grant program launched in the fall of 2021 and continues to accept applications on a rolling basis which feature, center, benefit or are led by people of underrepresented groups.

“[The grant] is designed to provide urgent funding to students and student groups who are creating projects using creativity, art and design to engage social justice concerns where art and creative engagement are at the center of that project,” Walker said.

With creators amid their own artistic rebounds, changes already taking place and more on the horizon, the Madison art scene is in the prime position to transform.

When considering the renaissance of old, little doubt remains a revolution of historic proportions is bound to occur here in Madison and other places around the world in the coming months. Though some artists remain on the sidelines as the pandemic drags on, it is not unreasonable to expect this transition to happen sooner than we think.

With its uniquely creative student body and immensely inventive community, Madison has been — and always will be — an artistic epicenter for years to come.