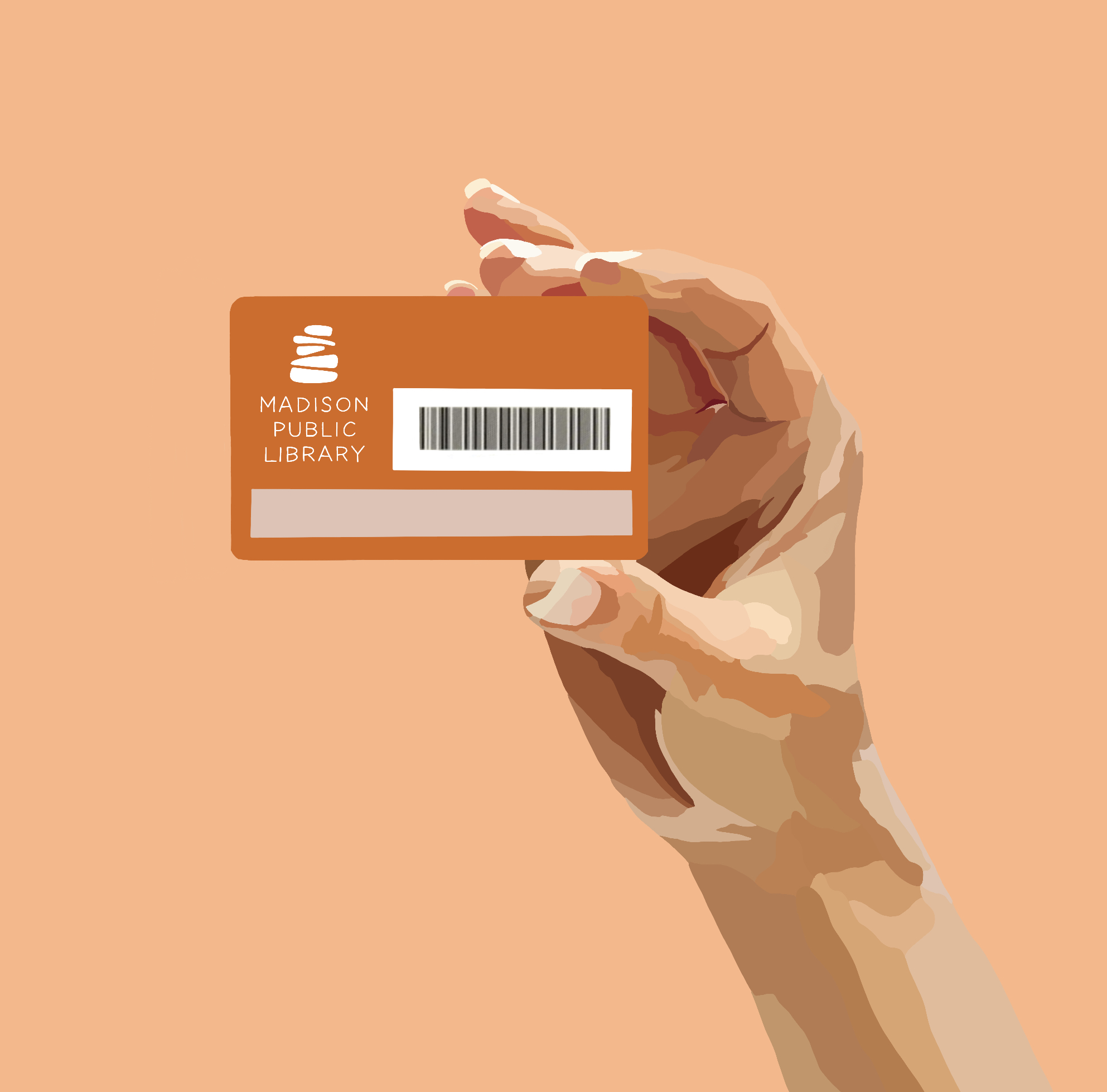 When you imagine life after the pandemic, you might envision doing the things you miss most — eating in a busy restaurant, going to a packed concert, sitting in a crowded theater.

But what about the more mundane services that were once essential to your daily life? Taking a crowded 80 to your class across campus, waiting in line at Union South to print an assignment 15 minutes before class and, most importantly, searching for an open seat in College Library on a Sunday night.

A study spot on one of the first three floors of Helen C. White used to be a hot commodity on any given night.

Now, unlike the unions or State Street coffee shops, the libraries are anything but bustling. Though UW students can reserve some of the 9,000 daily appointment spots for study spaces and book pick-ups, among other things, the libraries are rarely at their capacity, according to Head of Library Communications Natasha Veeser.

While UW students may view libraries strictly as study spaces, these buildings provide services far beyond the lake view or caged desks. Libraries are unique resources — removed from politics or purchases — providing the same resources to anyone who walks in their doors.

Before COVID-19, libraries provided essential community services and they’ve reshaped their tools to remain even more essential now, providing community members with space — virtual or not — for stories and sharing.

Putting a bookmark in it

The Central Library on W. Mifflin Street is a tall, mainly glass building, allowing passers-by to peer into first-floor happenings. Inside one transparent window hangs a ginormous, orange marquee question mark. What was once meant to represent curiosity and discovery now symbolizes uncertainty.

When the pandemic hit last March, Madison’s public libraries, like many establishments, swiftly shut down their services and scrambled to troubleshoot. The city’s nine locations now have limited in-person services, including computer appointments and curbside-pickup, but they still have yet to reopen for general use and browsing. Tana Elias, Digital Services and Marketing Manager at Madison Public Library, isn’t sure when that’s going to happen.

“There are people who are wondering, ‘why can’t you be open like the grocery store?’” Elias said.

With support from the mayor, public libraries have been closely following the City of Madison’s health metrics to decide when they can open. But before they can reopen, the libraries must make sure they can adequately staff their locations. Many people might not realize the public library has been on a hiring freeze for most of the last year, Elias said.

“We had more staff than usual leave the library,” she said. “We don’t have the ability to just hire more staff or go over budget in order to provide the same level of service.”

Madison’s Public Library System recently underwent a 2.1% budget cut effective in January, spreading their staff even thinner and ultimately affecting the city’s most vulnerable populations, such as the homeless and those without stable internet access, The Badger Herald reported last month.

Libraries are after all, places known for sharing and exchanging, which are not necessarily encouraged in a pandemic.

“There was a flurry of activity across libraries and libraries [were] working together and providing special digital access to materials that normally would be under copyright,” Kruse said.

College Library was one of the few libraries to not completely shut down in the first few weeks of quarantine. In that time, they provided students with technology and worked diligently to transfer resources online. College Library even assigned security officers, whose work didn’t translate well remotely, to scan books for online access.

Madison’s public libraries have done much of the same, adding audiobooks and e-books to their collection. They also allowed patrons to apply for a library card online and to access books and media from home.

Even in the difficult budget season, Madison Public Library shifted to a fine-free system, nixing overdue fines and working to unblock cards and clear accounts. They aim to waive nearly $275,000 from the 36,150 cards with fines. At the end of January, the project was at its halfway point.

“That has given us the opportunity to reach back out to people and say, you know, if you were worried about overdue fines and not being able to pay them, come back to the library, use our service. Everything is free,” Elias said.

While libraries have pushed their resources onto more COVID-friendly online platforms, there’s still a divide for those without internet access or those who may have relied on the library for temporary shelter or materials.

Books, study spaces and computers are staples of any library. But libraries also have strong ties with democracy, public health and citizen engagement — bolstering their importance in a city or on a campus.

“Sometimes that knowledge is in a book or on a website, but sometimes it’s a person and sometimes it’s a videotape,” Carter said. “Libraries are the hub for information seeking, sharing and preservation.”

In a typical year, UW libraries offer students a myriad of academic resources, from tutoring and software training to research instruction. The UW Library System collaborates with a variety of campus partners, hosting and promoting events geared toward student success, Kruse said.

Plus, libraries aren’t limited to their physical resources. Sometimes, the resource is the building itself. Libraries have often been a place to register to vote and cast a ballot and in 2020, libraries were an important location for ballot drop-offs.

This year, College Library has opened up its facilities as a COVID testing site. Drastically different than snagging a study space, the testing site is one more way students and staff can utilize the ubiquitous space.

“The library has resources for everybody to do whatever it is that they need to do by themselves,” Elias said. “People can learn how to cook something new, or how to do yoga, or how to do their taxes, or how to get a divorce. All the different things that people need to do in their lives.”

While the library lends itself to self-exploration and self-help, it’s also a place for people to connect with each other.

“One of the hardest things that we’ve heard is our regular patrons, many of whom are elderly, don’t have the social outlet and social interaction they used to get at the library. It’s not just about the books we give out,” Elias said.

At the beginning of the fall semester, the UW Library system opened its doors to students, allowing people to book general and private study spaces. Still, the library has restrictions — you must study alone and you can’t eat or drink during your time there, a stark contrast from the comfortable and laid-back mentality of libraries pre-pandemic, when you could order pizzas at two a.m. and goof around with your friends.

In addition to strict mask protocols and socially-distanced tables, the libraries have cleaning breaks in their schedule, permitting students three to four hours of study time before the spaces temporarily close. What used to be a highly used, casual study space now requires more premeditation.

As someone who works closely with library spaces, Kruse found it hard to put restrictions on studying. She finds value in making the library a place of comfort and community.

“Even though those are still important values for us, that we expect to return to, right now, we have a priority that is different and more important,” Kruse said. “And that priority is keeping everybody healthy.”

While libraries aren’t fully operating as a social hub or productive study space right now, they can move beyond their bookshelves and computer labs to serve something far more fundamental — maintaining a community’s stories.

The UW library system recently launched a new way to connect students with stories, by asking students to tell their own. UW Archives is collecting a range of digital documentation, asking students to talk, write, or even submit art about how their college experience has changed because of the pandemic.

These documents will be used as primary sources for future researchers to understand what it was like to be a student at UW in these times. And, perhaps, provide a temporary outlet for pent-up, remote learning frustration.

Stories — good or bad — make us human. In a time where social interaction may be limited to the grocery store, it’s vital we feed this instinct. Libraries not only provide a vast selection of stories, but they help foster them.

The Bubbler is a unique program at the Madison Central Public Library. It encourages the art of “making” through hands-on learning and experimenting. Before COVID-19, the Bubbler hosted workshops, exhibitions, artist-in-residences and had free supplies to create and explore art.

“Libraries deep down are about storytelling,” Bubbler Program Coordinator Trent Miller said. “We focus The Bubbler on creating stories. A lot of the rest of the library is focused on wanting to consume stories.”

The Bubbler is typically a place for physical collaborations, but Miller said the program recently shifted its focus to reach more targeted youth groups. The Bubbler team has continued Making Justice, a program for at-risk and court-involved teens, by holding workshops via Zoom and bringing art to outside spaces. Over the summer, they helped teens create a mural outside of the Dane County Shelter Home.

Another way Madison Public Library is bringing stories to disadvantaged populations during the pandemic is through the Dream Bus, which is usually a mobile library. Now, it drops off and picks up books in areas where it’s more difficult to access the library’s curbside or online services.

Even when a community struggles to seek out stories, libraries adapt, bringing stories to the people and asking them to share their own.

If the pandemic has proven anything, it’s that people can accomplish most things, including running a library or even publishing a newspaper, on the World Wide Web. With the ease of the internet and COVID’s year-long impact, a new question comes to mind — Will future generations do away with the library? Will they move what so many see as a hub elsewhere?

Those who work at libraries will tell you no.

Libraries are a unique entity and though the pandemic has proven how quickly they can adapt to the digital world, “the most trusted civic institutions” still have a place in the community post-COVID.

For now, librarians can prioritize other projects while looking forward to the eventual flood of students post-COVID.

“In a unique way, we’re kind of back to basics. Then, in the background, librarians are able to evaluate and look at some of the bigger picture things they might not have been able to do at a full capacity,” Assistant Librarian at the Journalism Reading Room Anna Dinkel said.

Libraries, as an establishment, swiftly adopted and graciously enforced a “new normal.” But their easy-to-use digital services, pick-ups and appointments don’t mean the death of libraries. After the pandemic passes, folks everywhere will be able to get hands-on in The Bubbler, lock themselves in Memorial Library’s cages for hours and yes — play musical chairs in College.