Schaefer studies galaxy evolution from a fourth-floor office in Sterling Hall. He said being entirely grant funded is more or less commonplace in astronomy, and it can have substantial effects on research.

“I think one of the major things is that grants are commonly awarded over reasonably short periods of time — three to five years — and so consequently it’s very hard to plan for long-term projects,” Schaefer said. “The grant that I’m part of goes for five years. I’m funded for three. If I wanted to do a project that ran for ten years, that would be difficult.”

This model of funding makes it challenging to plan beyond the immediate future. He thinks it’s unlikely he will remain in Madison after his funding runs out, but he’s not sure where he would work instead. Schaefer said that he would likely end up traveling to wherever there’s funding for the specific kinds of projects he has experience working on.

The federal government funds less than 50 percent of basic research conducted in the U.S. — including academic research from universities. And while this funding is necessary for scientists to keep their labs up and running, public disinformation and diminishing support for research create a difficult atmosphere for researchers nationwide.

The interactions between capital and scientists become political because the funder depends on the funded, and usually, sources expect returns on their investments, Shakhashiri said.

Schaefer mentioned that because astronomy was somewhat removed from common policy debates, he didn’t predict a sharp change in funding stemming from shifting political fortunes. Astronomical research doesn’t shape policy in ways that climate change or medical research might since few people are directly affected by what happens galaxies away.

Shakhashiri said that because certain issues like climate change can generate controversy, policymakers may feel hesitant to fund these areas in fear of exacerbating these tensions.

But even space isn’t entirely isolated — Schaefer brought up NASA as an example of a scientific institution subject to political control.

“Everybody likes astronomy,” Schaefer said. “You can imagine other fields like geology or planet science or some parts of biology — they’re a little bit more politically charged … If you look at NASA funding, they’ll be given directives. The president will say, ‘Oh we’re to go to the moon’ and if NASA has to direct all their funding away from other stuff, then galaxy evolution —  which is what I study — will possibly suffer.” 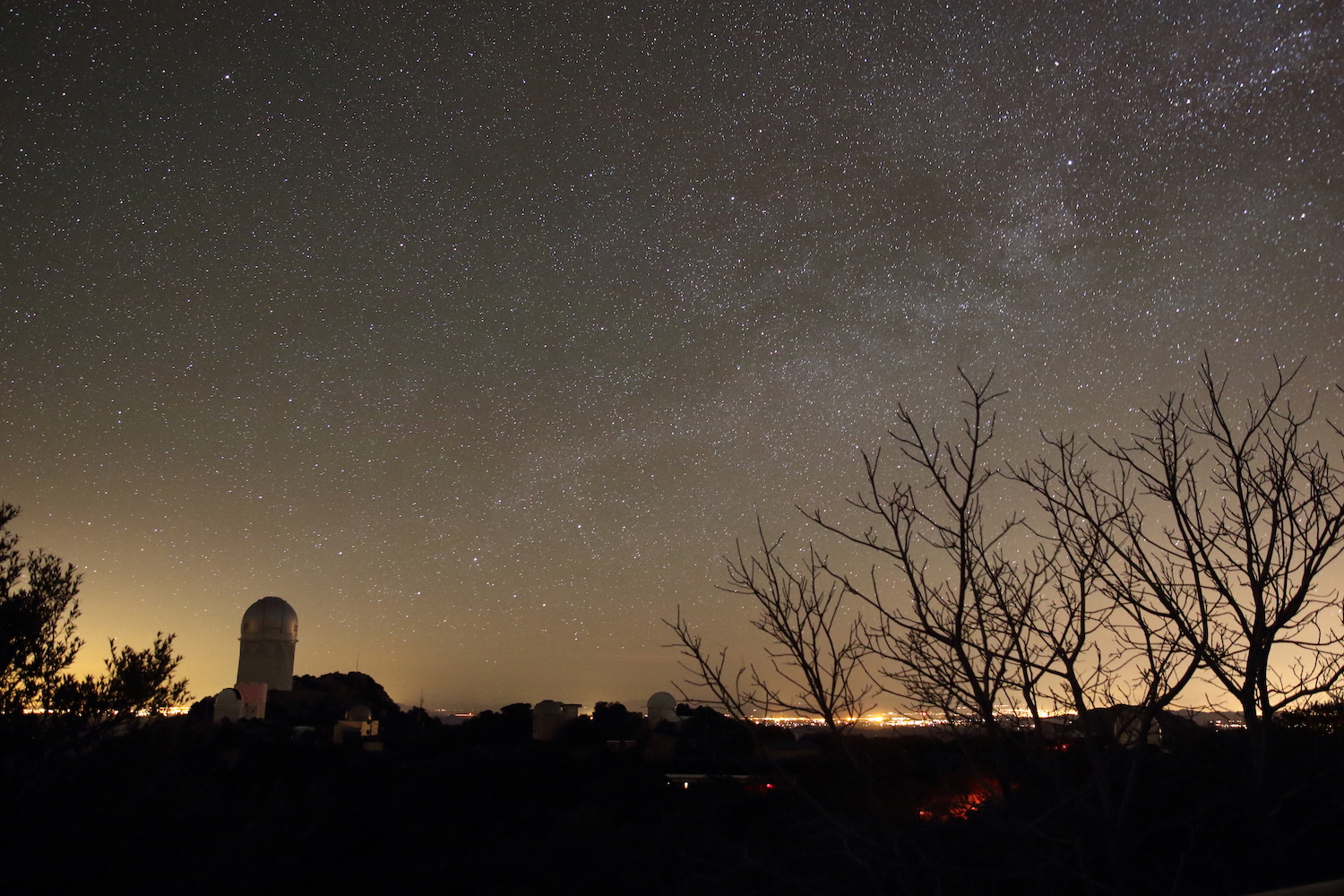 Kitt Peak National Observatory, just outside of Tuscon, Arizona, is where University of Wisconsin astrophysics postdoctoral researcher Adam Schaefer conducts some of his observations. Schaefer said being entirely grant funded can have substantial effects on research.
Adam Schaefer

Just as the demand for substantive funding causes science to become political, Shakhashiri said research’s need for public support has the same effect. He said funding is part of that, but a more important consideration is the need for effective science communication.

“The practice of science is dependent on securing societal support,” Shakhashiri said. “Not only in the form of funds to support people and buy equipment … but also in terms of the scientist sharing their experiences with non-scientists. The connections between science and society are political in nature.”

Jenell Johnson, a communication arts associate professor, suggested that part of the intersection between science and politics comes from science communicators who work to inform the public about new developments in research.

Johnson said that by communicating the research behind new technological developments and discoveries, science communicators open them up to public debate.

“There’s this idea that the public needs to understand scientific knowledge, and so that’s one way that people think about scientific communication,” Johnson said. “It becomes especially important when scientific issues become political issues — things like climate change, things like stem cells, things like gene editing. When these things move from the laboratory into the realm of policy, then people voting from an informed basis suggest that this is actually a political issue as well.”

To communicate the importance of research effectively, Johnson said scientists need to do more than talk to the public. They also have to listen, especially when it comes to issues like biotechnology that have the inherent potential to shape the human race.

“It’s just as important to listen as it is to talk. It’s just as important to hear about, for example, the kinds of values people hold to particularly controversial biotechnologies,” Johnson said. “There have been a lot of concerns about that particular research. Is it just the domain of scientists or something that should be an active conversation between a lot of different stakeholders?”

Shakhashiri expressed a similar attitude about the most effective methods to keep the public informed about these difficult issues. Just like Johnson, he expressed the importance of an open discussion.

Shakhashiri wants to make sure that instead of only speaking about the mechanics of the research, he’s conveying a specific attitude — he said that people rarely listen to the technical, scientific details. Instead, they care about the ramifications of research, and often scientists aren’t able to convey the underlying goal — that they’re just trying to help others.

“We have to be thoughtful, purposeful and respectful,” Shakhashiri said. “We have to look at the economic consequences [and] the health consequences. … Once you invent something or you make a discovery, you cannot disinvent it. You cannot un-discover it.” 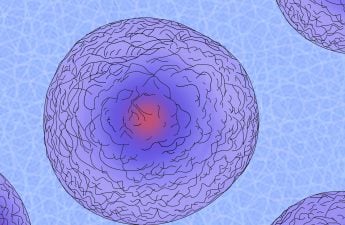 Despite efforts by both scientists and science communicators, a disconnect still exists where scientists are unable to reach or inform certain groups.

Relaying his experiences speaking with parents hesitant about vaccinating their children, Dipesh Navasaria, a pediatrics associate professor, echoed Johnson and Shakhashiri’s sentiment that listening is the most important component of effective science communication.

“When someone says to you, ‘I’m uncertain about immunizing my child,’ or ‘I have questions,’ the first things is to ask them what they’ve heard,” Navasaria said.

Navasaria’s reason was that if a medical practitioner jumps the gun and tries to disqualify every rumor about vaccines, they may further upset the parent.

He mentioned a mother he’d spoken with whose sole concern was injection pain. By assuring her that her child wouldn’t get sick or contract anything else through vaccination, he would have agitated her by opening her mind to possibilities she hadn’t even imagined.

Scientists and the public have the same goal when it comes to vaccines — “to keep your child safe from harm,” Navasaria said.

Communicating disease outbreaks and the importance of vaccination can be difficult for many reasons, as the communicator may have to deal with some of the public concern. Often, the responsibility falls on science journalists.

According to journalism professor emeritus Sharon Dunwoody, science journalists face not only the challenge of reporting these scientific issues accurately and clearly, but also objectively.

Science journalist Apoorva Mandavilli said that while journalists are often hesitant to report on issues that can appear scary, like disease outbreak, it’s important to use numbers and figures to stress the facts. Numbers can highlight points that readers might otherwise brush over.

“Numbers can be your friend — saying that even if only three people in 100 are unvaccinated, that’s enough to keep the disease going,” Mandavilli said.

Another increasingly politicized issue at the intersection of science, politics and effective communication is climate change.

Dietram Scheufele, a UW life sciences communication professor, spoke about the politicization of climate change in the 2000 election, and how it set up current debates around the issue.

Scheufele said climate change is a debate unique to the U.S. because most other countries recognize it as an issue that needs to be addressed. He also said it’s an interesting topic because, in several ways, it’s “self-inflicted.” When Al Gore ran against George Bush in 2000, one of the most divided and partisan elections in history, climate policy became an insignia of the Democratic Party.

“The election wasn’t decided until months in, and everyone was as divided as you can possibly be,” Scheufele said. “After that, what did we do with Al Gore? We put him in charge of climate change. We put the most partisan Democrat in charge of climate change. Then we’re surprised when Republicans think this is a Democrat strategy to get regulations through that they otherwise wouldn’t [pass].”

Since that election, climate change has been a point of contention. To take action and follow in the footsteps of other countries working to reduce fossil fuel emissions, Scheufele said Democrats have to be willing to listen to and work with Republicans — and vice versa.

When it comes to the media, science communication often becomes the responsibility of not only news outlets and science magazines, but also the scientists themselves, Johnson said. But very few scientists are trained on how to effectively communicate their own work to large audiences.

Johnson said scientists should be given training workshops about how to deliver scientific information, such as avoiding patronizing strategies and pursuing a dialogue instead of a straight lecture.

“I think having formal training in communication is really important — whether that looks like having workshops in effective communication either in terms of writing publications for other scientists or in giving your views to journalists,” Johnson said. “Actually having some principles and theories behind this is important.”

Scheufele said while it often is the responsibility of scientists to communicate their own work, in some cases, that isn’t for the best.

Some scientists don’t have the kinds of communication skills necessary to reach the public effectively. They communicate divisively, belying strategies — like listening to the perspectives of those they’re trying to communicate with — which psychologists have tested to be more effective, Scheufele said.

“I think some scientists are really good at this — they just have a natural knack for it — and some bench scientists probably shouldn’t do it, given how fundamentally bad at it they are,” Scheufele said. “The big irony about scientific communication is that many people do it in a very unscientific way that isn’t informed by the best data available in psychology or communications.”

The rise of social media can also impact science communication. Scheufele said many researchers and even science writers are on social networks, and sometimes their posts create an atmosphere more harmful than helpful.

As an example, Scheufele mentioned evolutionary biologist and author Richard Dawkins, who regularly disparages organized religion through well-intentioned jokes on Twitter. Scheufele said this is one example of ineffective science communication because while evolutionary theory may not support religious ideologies like creationism, using divisive language becomes polarizing and unproductive. 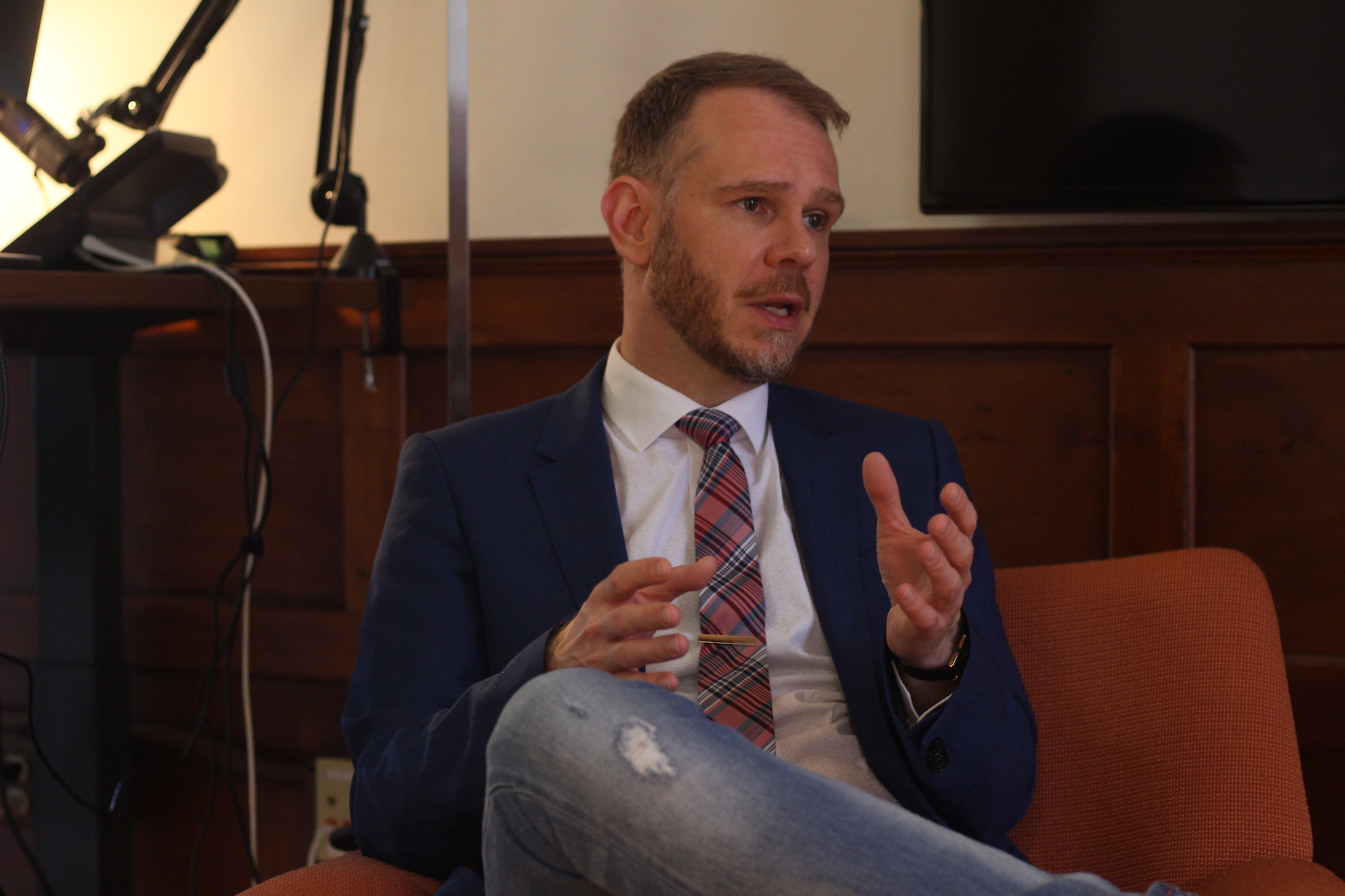 Even some of the most experienced science communicators fall victim to divisive language. Scheufele mentioned a tweet by astrophysicist Neil Degrasse Tyson on Dec. 25, 2014.

While not overtly anti-religious, it appeared to mock Christians. Scheufele instead suggested strategies that bring both scientists and the public together, like outreach projects.

“I think some of the programs that really connect the science that we do here with people’s daily lives are ones that are most effective — and I think that’s where outreach can be really useful,” Scheufele said.

One issue scientists attempting to communicate their own research may struggle with is making complex concepts understandable for those without scientific backgrounds. When it comes to vaccine hesitancy, one scientific term that may cause distress but is, in effect, harmless is “herd immunity.” Population health scientist Malia Jones suggested “community immunity” as a potential alternative, while Mandavilli suggested eschewing the term altogether.

Overall, as Shakhashiri put it, communicating science effectively isn’t about the straight facts — it’s about portraying an attitude. Scientists do what they do because they want to learn more about the world, or they want to help people, and often it’s those attitudes that are missing from the messages conveyed by science communicators.

“It’s not just about getting proposals and funding them,” Shakhashiri said. “It’s about having purposes.”