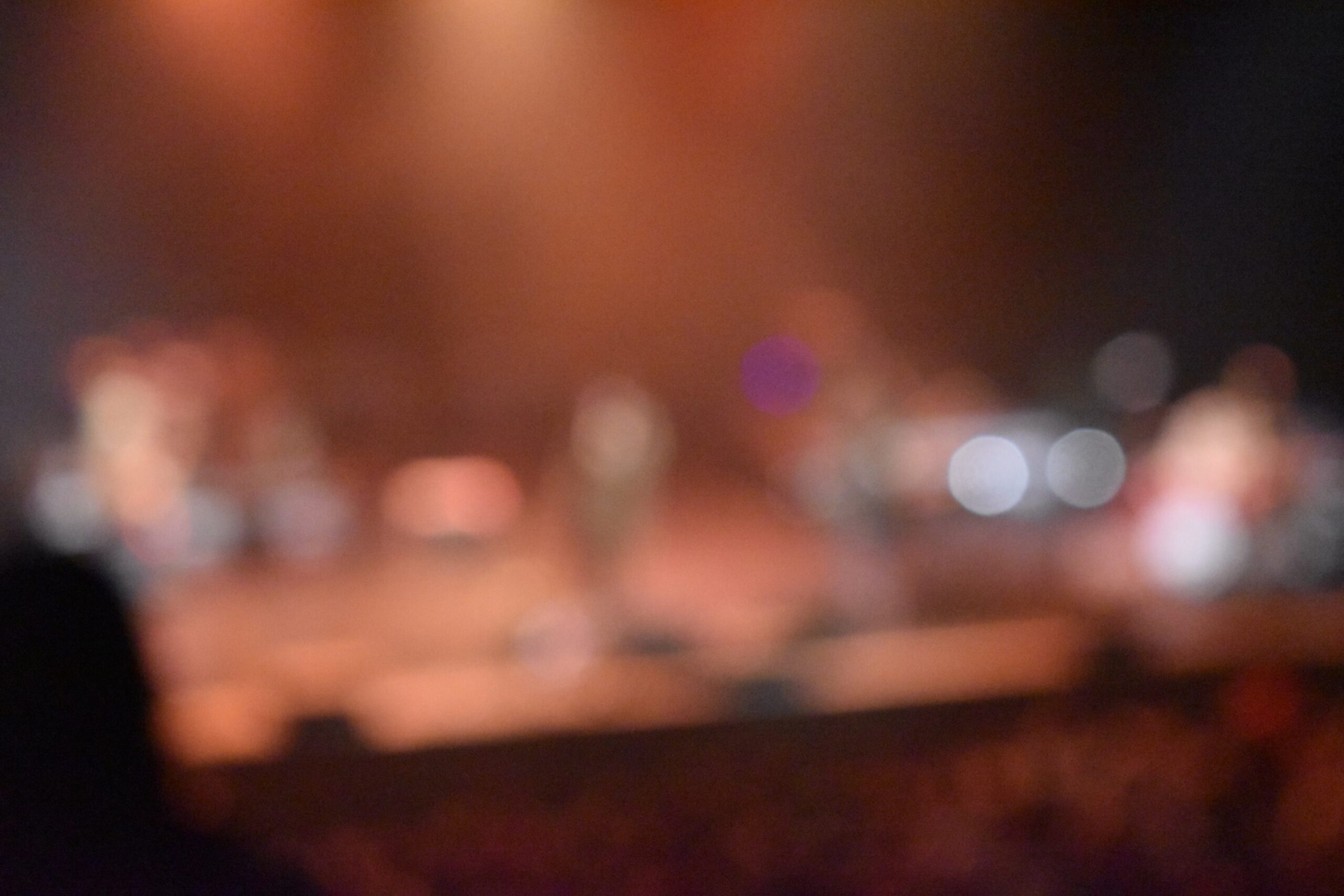 Sunday, 6:47 p.m. T-13 minutes until the Sylvee doors open for the Still Woozy concert. Two smoking hot best friends — the writers of this story — finally acquire their media passes after nine different calls to the Sylvee box office. A quick change and dinner — soup — at the bus stop follows.

We were waiting, wearing the wooziest of wardrobes, behind a line of pertineer — also known as pretty-near, for those who didn’t grow up on a farm — 212 eager Zeta Kappa rejects. The next 30 minutes were spent attempting to turn off our digital camera’s flash … something we had been trying to do since dinner.

We walked through the doors to what we thought was a Nirvana cover band singing Heart-Shaped Box. Turns out, it was Wallice — the opener that Keagan was “on assignment” to cover. We weaseled up to the balcony, surrounding ourselves with millennial couples — AKA, our only allies. When we looked down to the pit we saw a mere two tropes of male specimen — boys in golf polos, fratty, and boys in golf polos, indie. The only way to spot the difference between the two was the nose rings in plain sight, as masks sat just below their noses.

Hannah — still maneuvering her way around the Nikon D3500 — took some of the worst pictures of her life, but at least the flash was off (baby steps). Then, the edible kicked in. 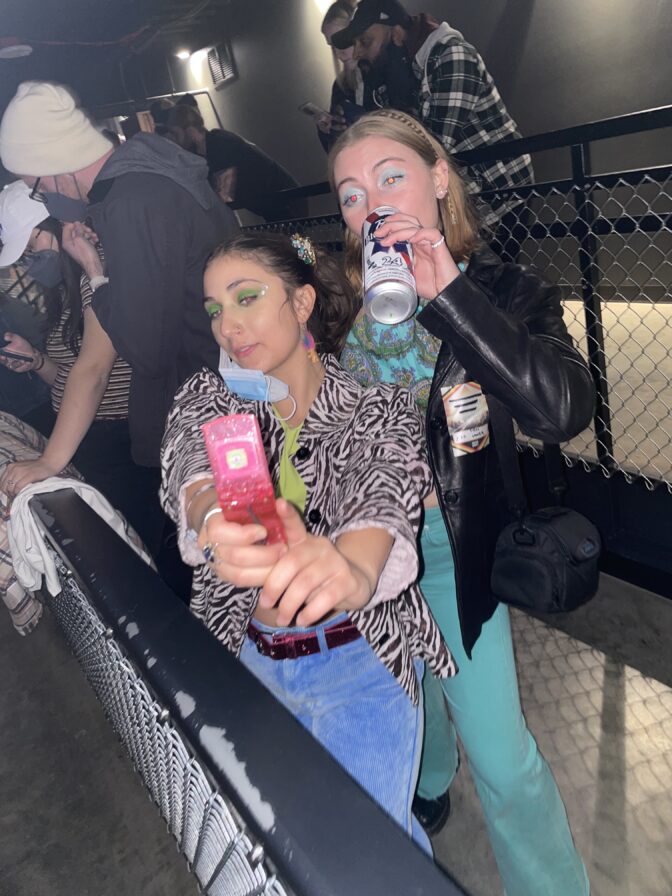 Even girls on assignment can be a little vain! Creds: Nice Girls Next to us

Earplugs in, mask on, brain out. To supplement the slow degradation of our hippocampus — the part of your brain that controls memory and is most affected by cannabis, or so we have heard — we jotted down some thoughts about the concert in our notes app. Here are some of our REAL live takeaways:

“Audience very lull no dancing?? Why?” This was during the opener (female). My only guess is that Brad (KK) and Briston (Plaza) hate women.

“All very gentle head nods.. I’m scared.” Bird’s eye view of the Sylvee pit is a lot to take in.

“It is because if you dance seriously you Geel silly.” And boy, did we Gook silly.

“Like if the TJs cashier dressed in his “causal nice” clothes and tried to do an impression of ….” Post-concert introspection led us to believe the Trader Joe’s cashier, Sven Eric Gamsky, would be showing you his Garage Band beats.

“Had an extasgentuao crisis during so woozed out” Read: existential. “So woozed out” is code for an unknown song title … still cracking that one.

“My favorite kind of friend is a class friend.” It’s true.

“Second one during habit but not was till goood!” That is, second existential crisis.

“Just realized that if I wasn’t wearing shoes or socks my outfit would only cost ~$2 #dignsave/street finds.” Apparently, Hannah went commando.

“Encores are so silly, did they start accidentally… probably.” Ending the night with an inquiring mind.

To recap, we survived the Still Woozy concert, plus Wallice. Don’t think we forgot about her. Keep an eye on the arts section for the actual reason we got in for free with #presspasses. From our high view from the balcony to the amount of berserk and, at times, inappropriate dancing we were annoying our seat neighbors with, the night was intellectually stimulating, wacky and definitely … woozy.