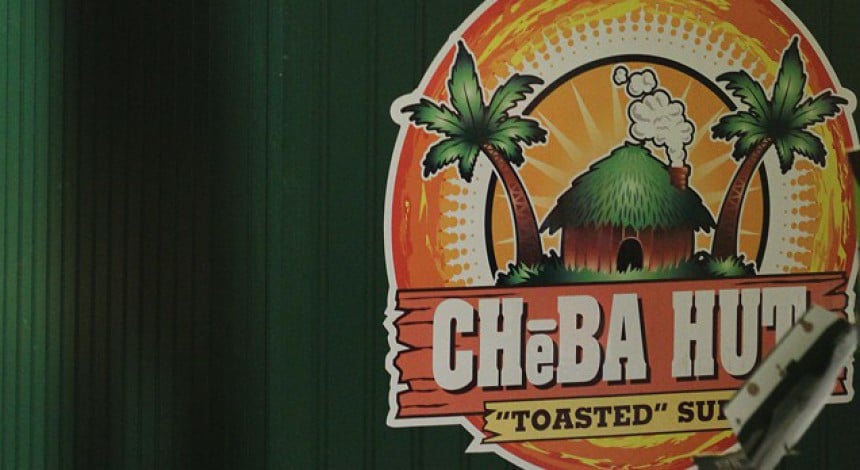 Cheba Hut’s toasted subs won’t be the only thing toasting on this year’s annual 4/20 anniversary. A bloodshot-eyed staff unveiled customers could order a gram of weed and a bag of Flamin’ Hot Cheetos on 4/20 for just $10.99 while supplies last. The special item was recommended in a customer survey and represented over 90% of responses.

Cheba Hut has always been known as a stoner paradise, with its palm tree aesthetic and reliable “anytime dudeeee, enjoy your day” from the cashier. Forbes once described Cheba Hut as “The Chick-Fila of Stoners” in a study on the economics of munchies.

Thirty-year-old former pro-skater manager Brian Brainless said the new 4/20 menu item is one of the smartest ideas the staff has ever created.

“We all sat down around a table and rolled a few joints. Then, one of my best employees was like ‘yo can you imagine if we just like sold weed to customers? People would totally buy that’ and I was like that’s genius,” Brainless said as he gazed off into one of the many demonic paintings on Cheba Hut’s walls. “And then an employee in training pointed to a half-opened bag of Flamin’ Hot Cheetos and was like ‘collab?’ It was truly revolutionary.”

Selling recreational weed is still illegal in Wisconsin, but Cheba Hut has another great idea in getting the weed to customers. They will call the special item “Lettuce Sandwich” on the menu but the lettuce will just be marijuana. The store front sign will also read “Closed” to evade police and people waiting in line will be decked out in camouflage to blend in with the green building.

But, employee Trish Hopson doesn’t even think these precautions are necessary and questions the illegality of selling weed. She thinks the 4/20 special menu item should be permanent.

“I mean, what’s so illegal about selling a plant to people that want it? We are all human, right? I literally bought a sunflower from Home Depot yesterday and that wasn’t illegal,” Hopson said. “And what really are laws? Like we could be living in a simulation and we can’t use a plant and eat some Cheetos? Sheesh.” 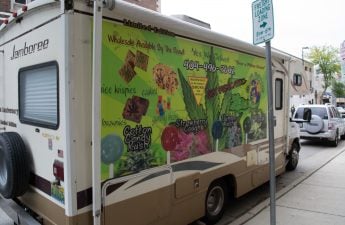 Gov. Evers pushes forward with marijuana legalization plan despite Republican oppositionGov. Tony Evers is working on a plan to legalize marijuana and tax recreational marijuana under his budget proposal — Read…

The store will also be selling used flannels, striped Baja hoodies, Vans and Chegg subscriptions to accommodate their stoner customer base.