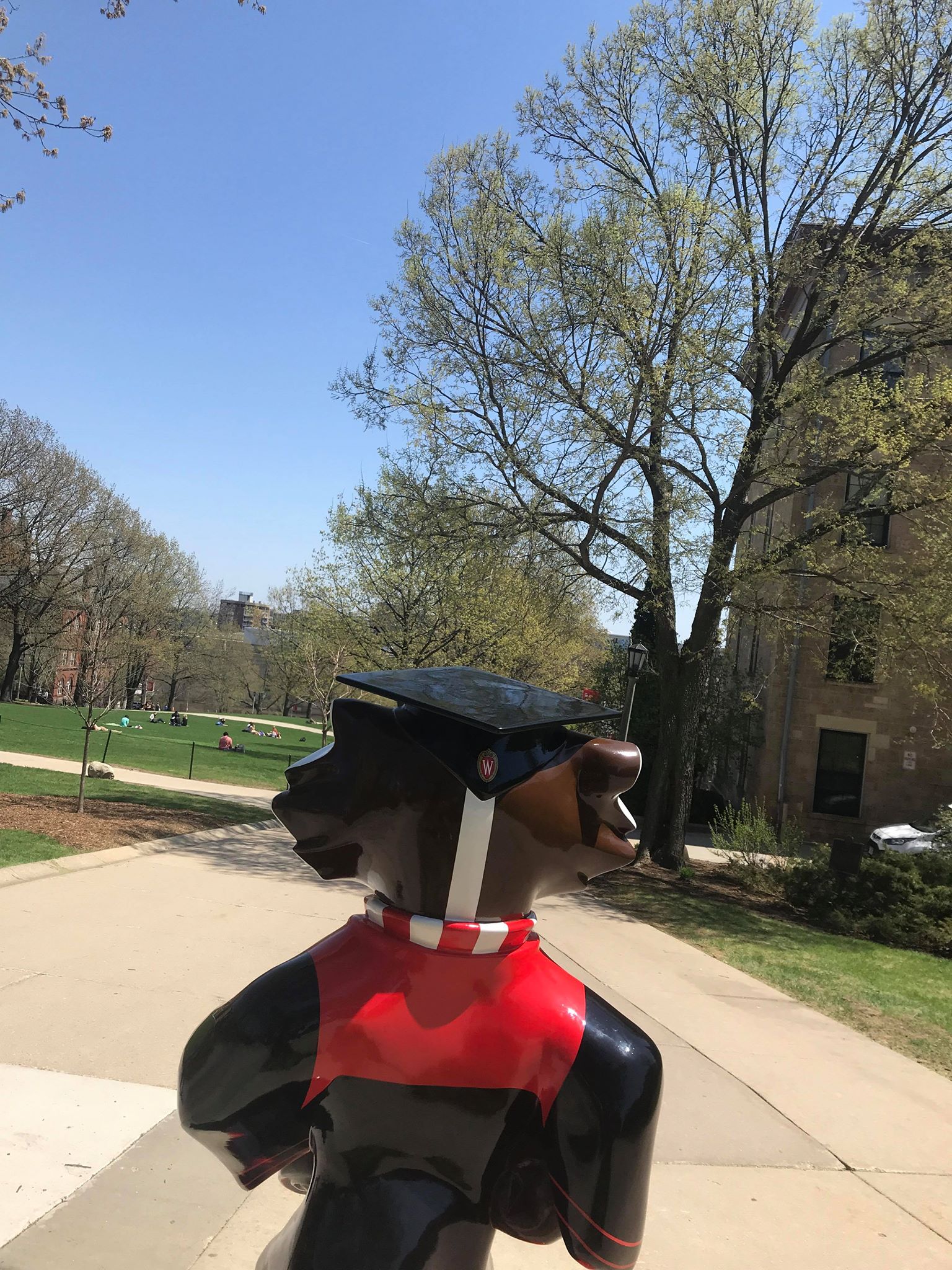 While I was sitting at the terrace this morning, minding my own business, I noticed a peculiar sight above me. While Bucky-esque in features, this badger certainly was not the mascot I fell in love with.

There could only be one conclusion: Bucky had a mid-life crisis and, in the middle of his inner turmoil, found a cloning vessel to explore numerous new career paths at once.

Yes, Bucky was sick of having to shovel snow and do construction for the entire University of Wisconsin, and took to the streets to explore new passions.

It was up to me — a simple lover of Bucky — to convince him of the error of his ways. 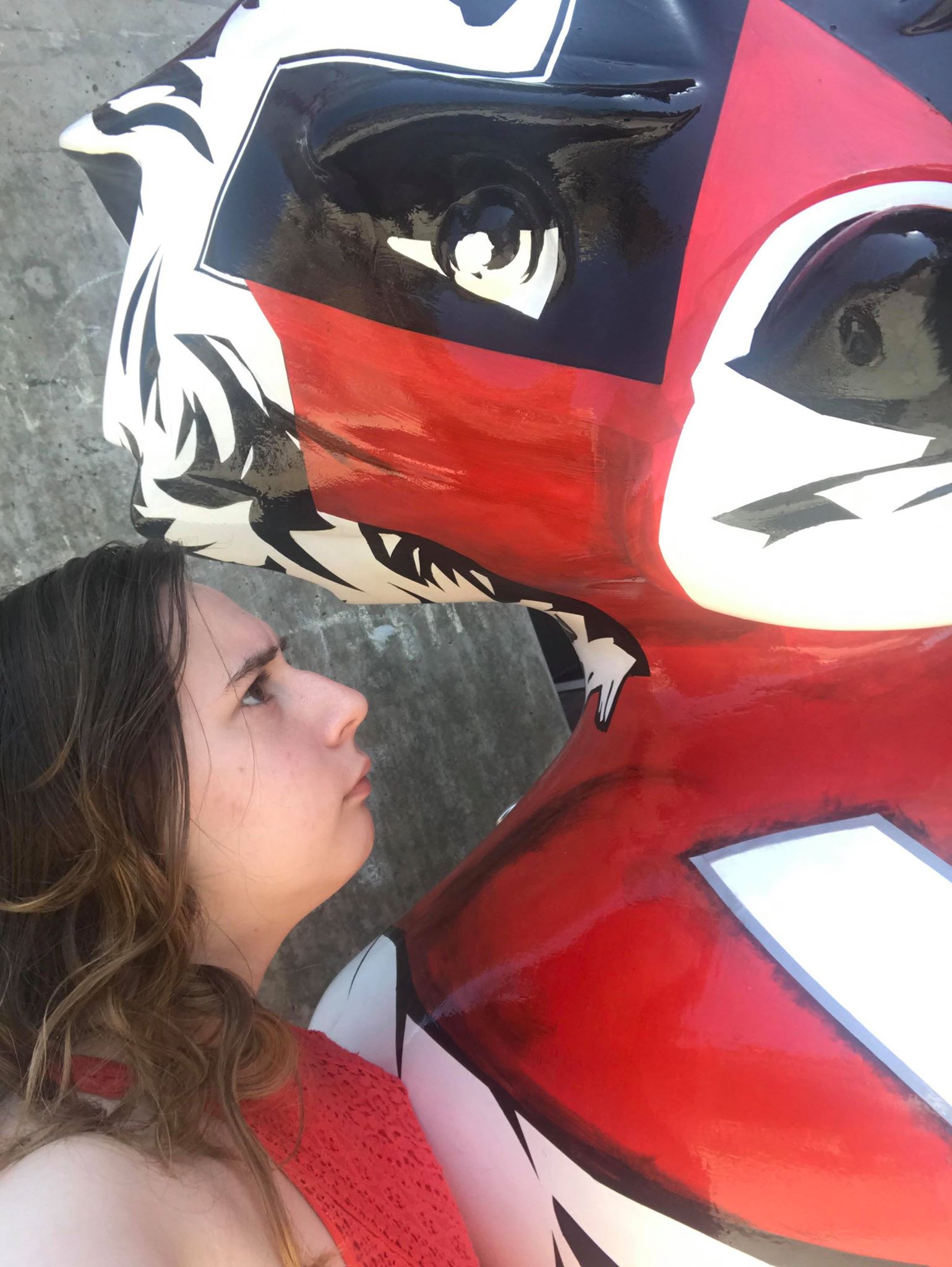 Bucky did not reciprocate my loving and affectionate stare.
Angela Peterson/The Badger Herald

The first version of Bucky I came across wore a fashionable flamingo shirt, which seemed to be the exact iteration of Bucky when he decided to take the plunge out of his mid-life crisis. While several sources tried to get an interview with him at this time, none succeeded. 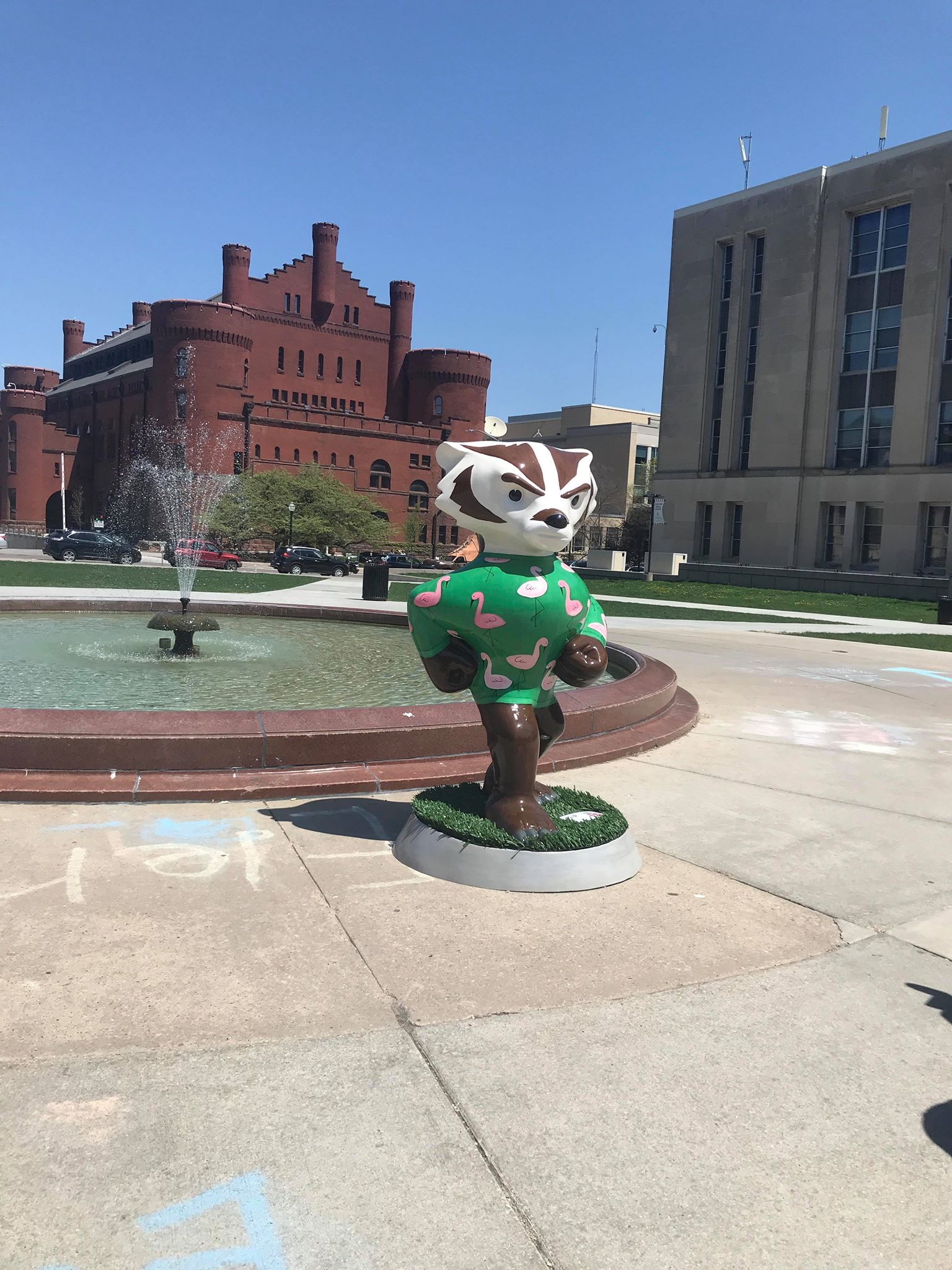 Bucky also cloned himself to be players on multiple sports teams on campus. Perhaps if he had turned into basketball superstar Bucky before today, we would have made March Madness. 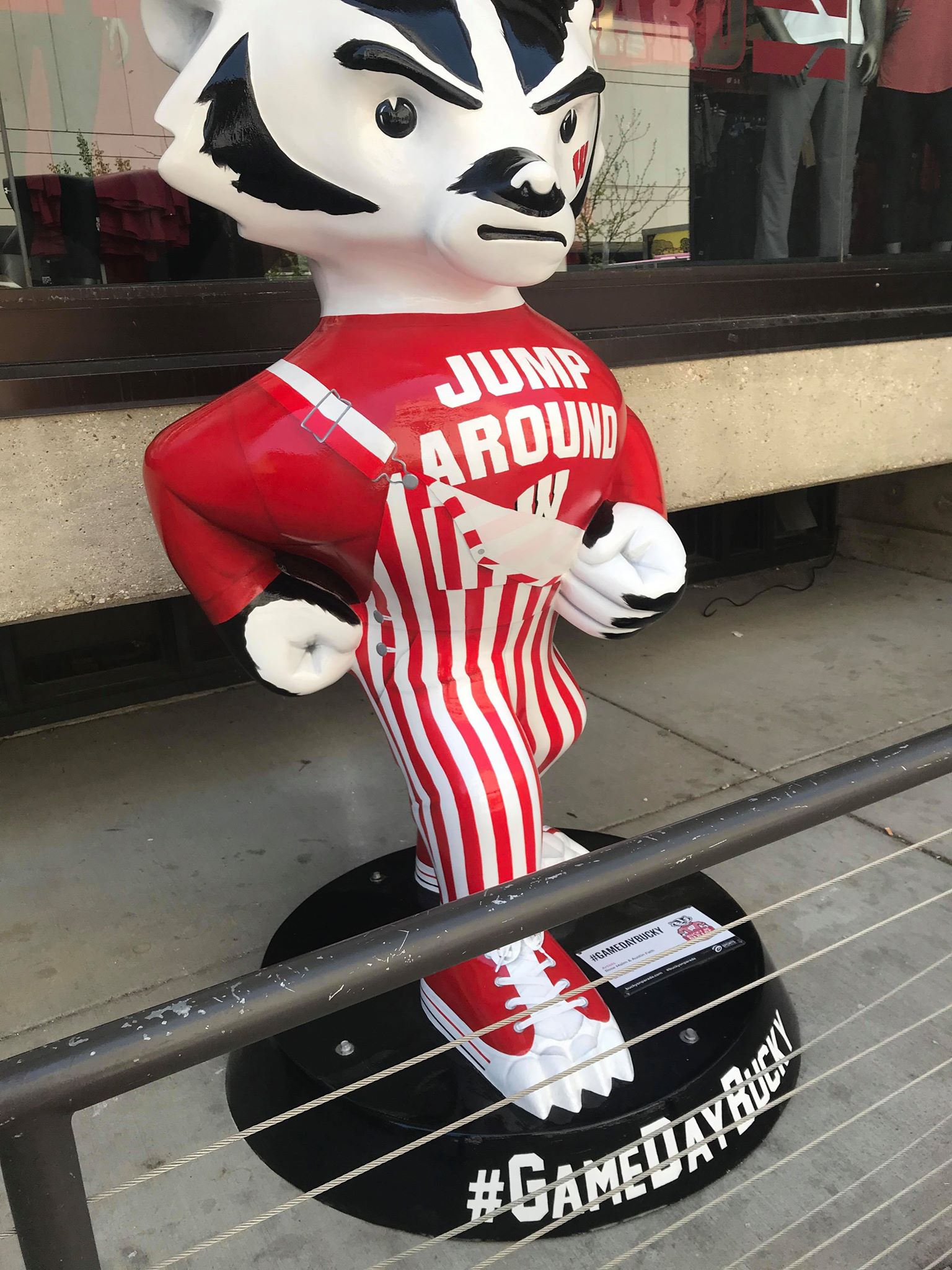 This Bucky couldn’t jump around. His feet were glued to the floor.
Angela Peterson/The Badger Herald

Bucky also experimented with changing his name during this cloning experiment. “Pucky” derived Olympic levels of support for this icy career path. While legions of fans took pictures with this athletic superstar, I quietly resigned myself to reminisce on simpler times. 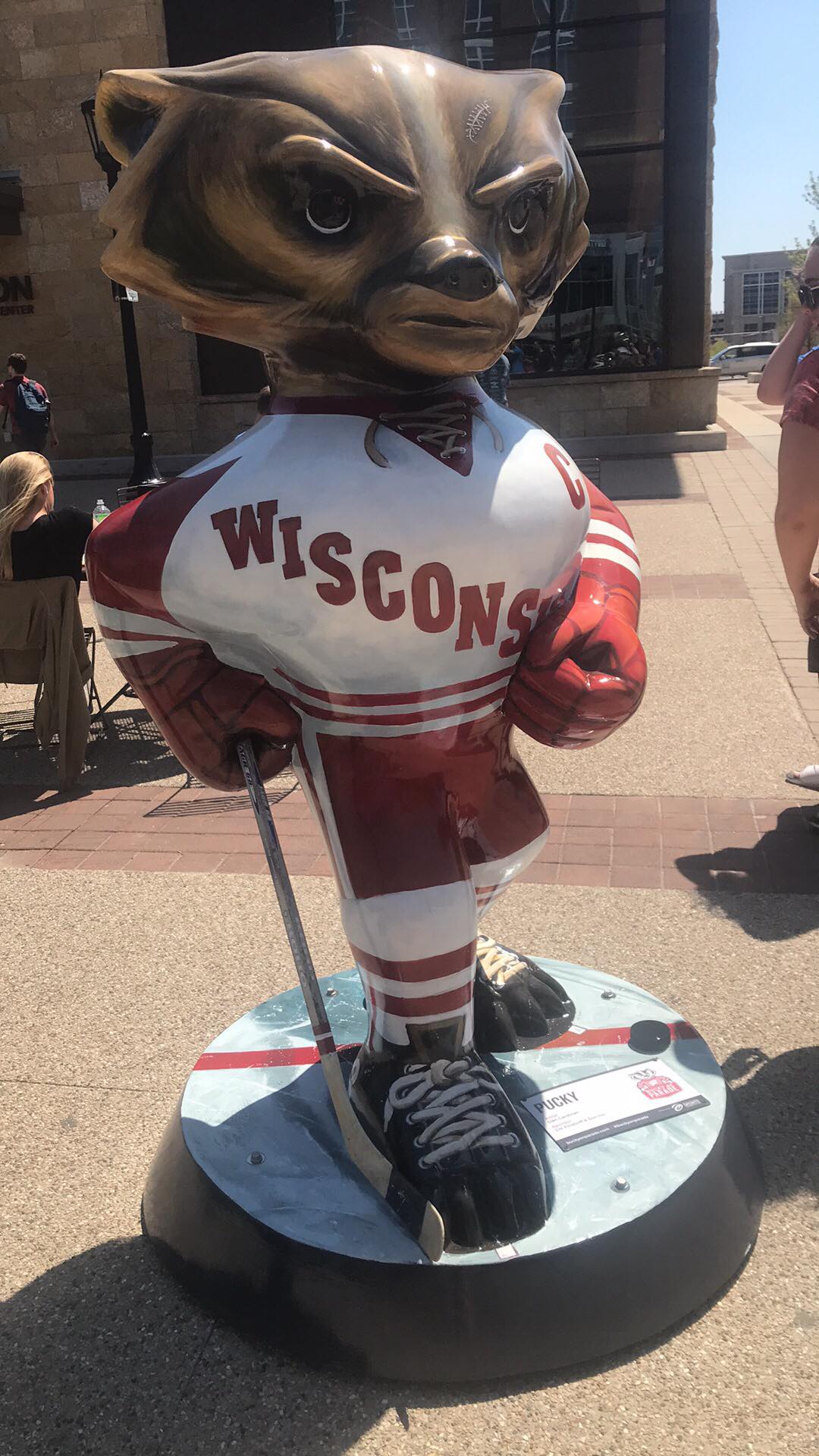 Bucky spread his clones all over Dane County, so I knew I had to traverse wide and far to let every Bucky know they were making the wrong decision. This included a cheeto-burning trip up Bascom Hill to plead with college graduate Bucky that he needs to continue to be a 72nd-year senior instead of condescendingly looking down at all of the students on the lawn.

Bucky looks with pride over a meek UW. We do not deserve such a prince.
Angela Peterson/The Badger Herald

We all knew Bucky always wanted to experiment with a luxury lifestyle, so I ran down to the Edgewater Hotel and asked the concierge where I could find this contemplative Bucky. Despite the temptations for a lavish career to be found there, Bucky instead put himself to work by catching the fish for the fish fry in Lake Mendota. Even his clones kept his humble roots. 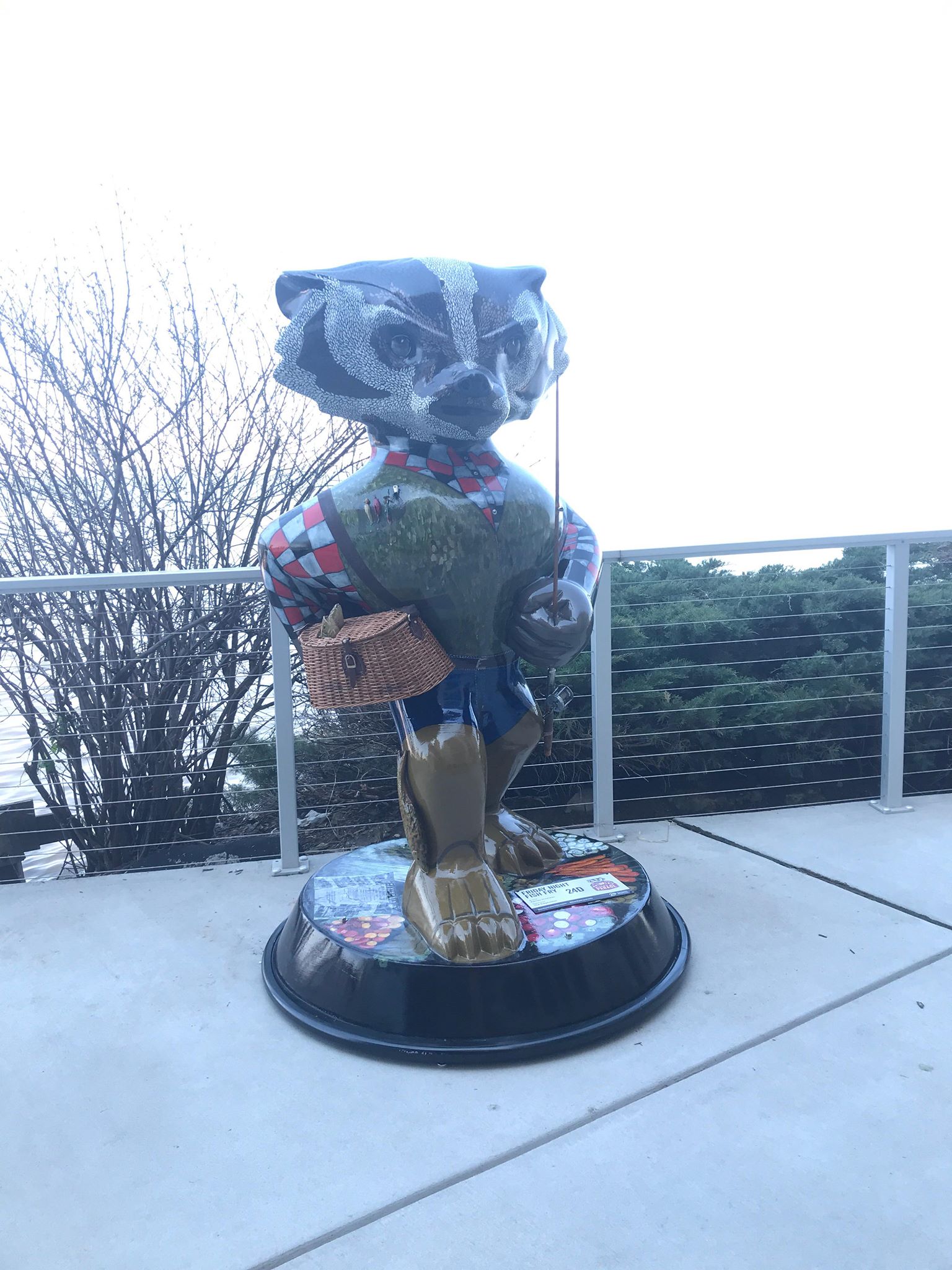 Bucky wasn’t always the smartest with the placement of his clones, including placing two right next to each other. This made his cloning well known to the general population. 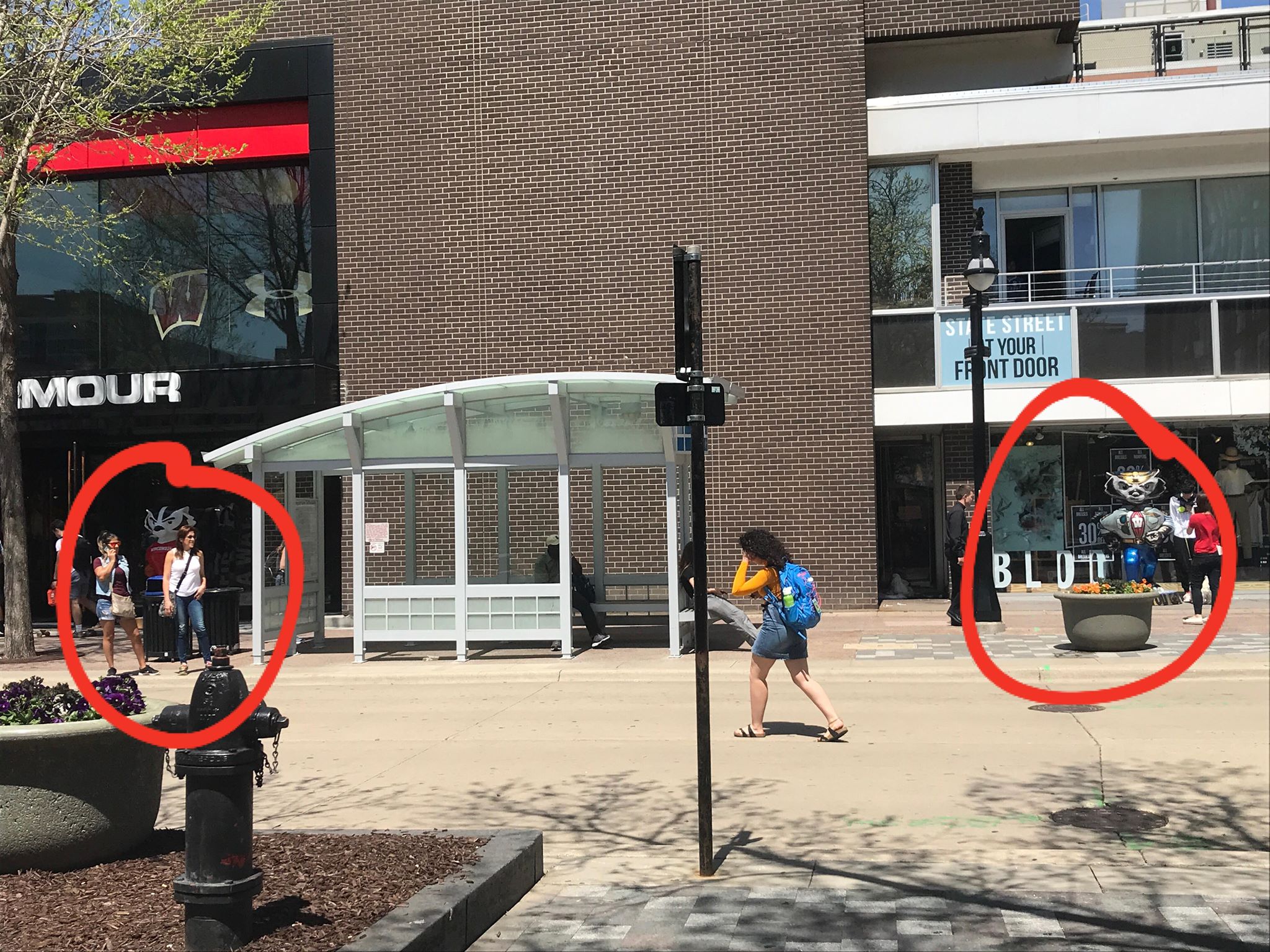 This is how he grabs the heart of strangers: by cloning himself multiple times in one block.
Angela Peterson/The Badger Herald

He also made a decoy of himself in front of the TKE house in order to lead astute reporters such as myself off his trail, but I could not be fooled. I needed to get to the bottom of this. 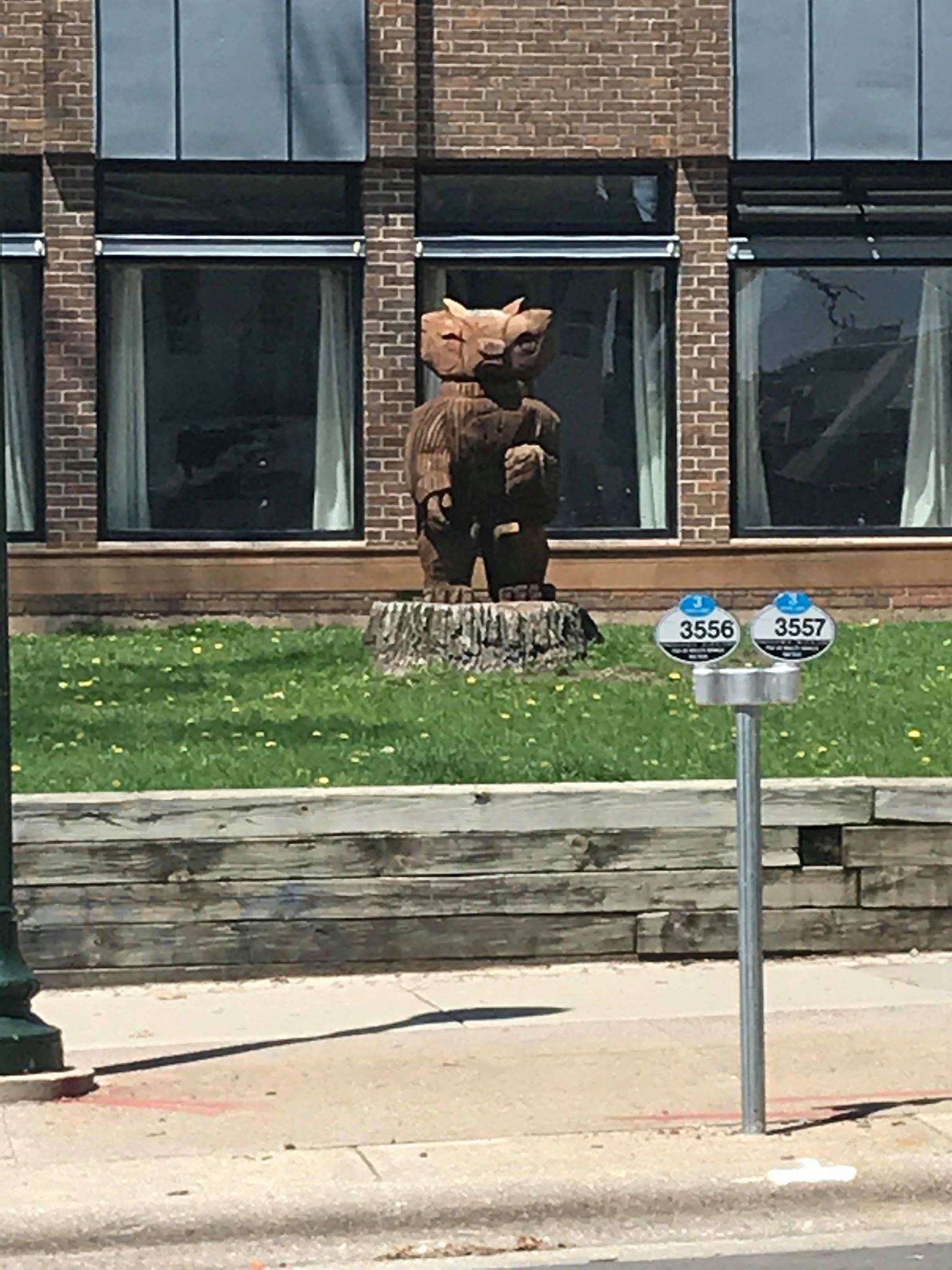 How much wood could a Bucky chuck chuck if a Bucky could chuck wood?
Angela Peterson/The Badger Herald

Superbuck heroically stood on East Campus Mall, but he still could not provide the answers to my query.

I tried my hardest to reach into Bucky’s soul and convince him to be the one, simple mascot we all need to lead us on campus. I even physically reached into his heart. 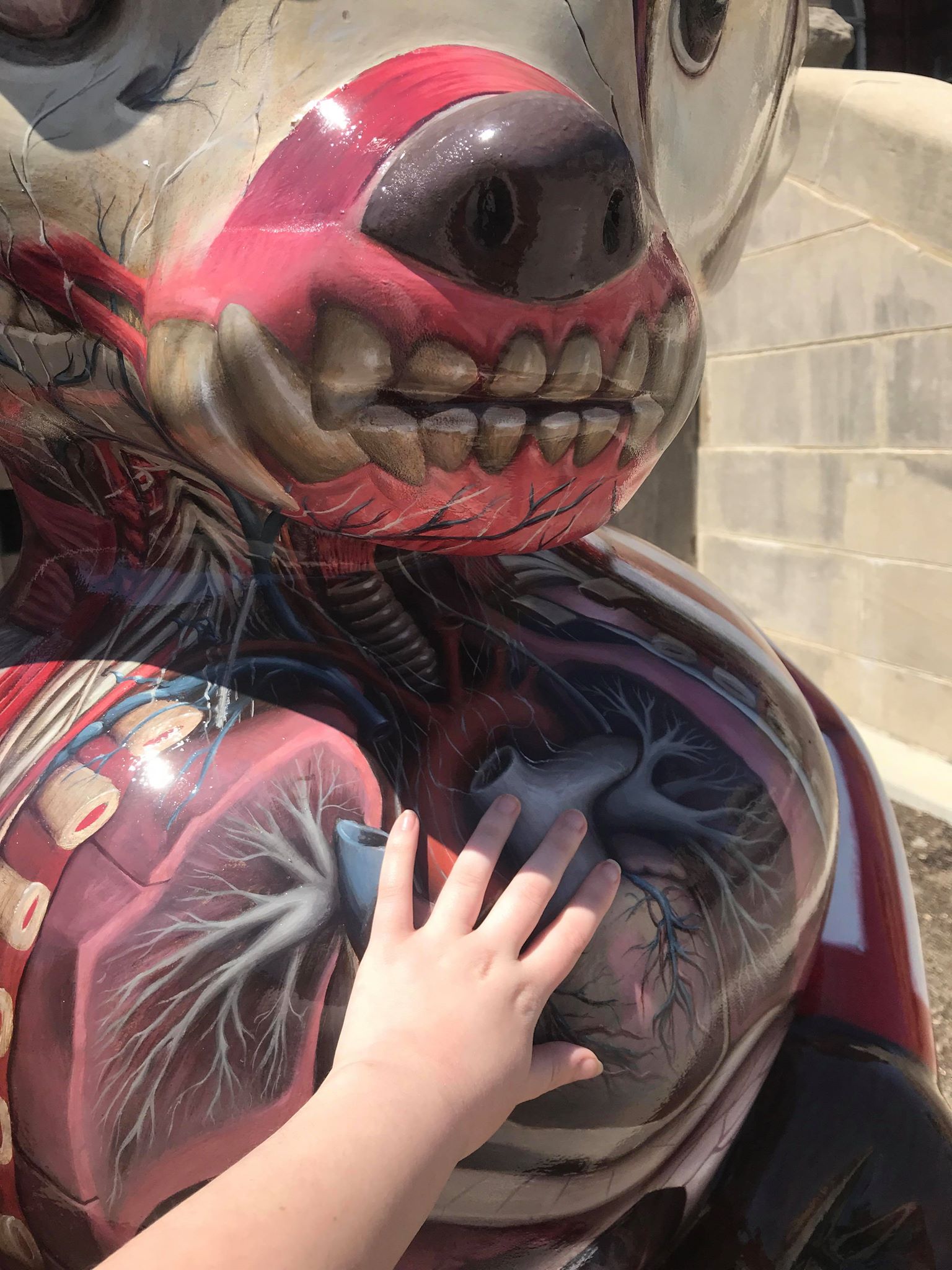 But sadly, his heart no longer beat for me. I must move on.
Angela Peterson/The Badger Herald

Alas, it seems Bucky will continue to be cloned until Sept. 12. Until then, catch me crying at his feet and begging him to go back to his former, simple life.