Following Steve Roger’s tear jerking sendoff in “Avengers: Endgame,” the second Marvel series released on Disney Plus, “The Falcon and the Winter Soldier,” explores how the country reacts to a world without Captain America and deals with the still-at-large HYDRA agents maintaining a hold on a post-snap world.

After “WandaVision,” specifically the first few episodes, many fans seemed to lose interest in a Marvel series without the level of action and spectacle that has been a mainstay of the films for over a decade. This series, on the other hand, throws the audience right back into the familiar Marvel tone and style. Bearing a striking resemblance to the style of “Captain America: The Winter Soldier,” this new series will explore the characters of Sam Wilson and Bucky Barnes to a depth we have yet to see onscreen, much like “WandaVision” did for Wanda and Vision.

Anthony Mackie and Sebastian Stan, The Falcon and the Winter Soldier respectively, became one of the MCU’s most beloved duos when they first shared dialogue in “Captain America: Civil War.” They have undeniable chemistry, and this show, while serious in tone, will surely incorporate plenty of lighthearted moments. 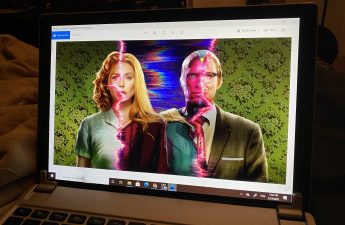 WandaVision episode eight Easter eggs, hints for what’s to come***Spoilers Ahead for “WandaVision” Episode 8*** In this episode, we learn Wanda did not receive her powers from the Mind Read…

Also starring in the series is Emily VanCamp, A.K.A. Sharon Carter. First introduced in “Captain America: The Winter Soldier,” Sharon Carter was one of the members of S.H.I.E.L.D. willing to stand up to the HYDRA agents, and this series is a great opportunity to bring yet another supporting character to the forefront of the story to further explore the effects HYDRA has continued to have since being publicly outed years ago.

Clearly, Marvel is using these series as an effective and exciting method to more fully flesh out characters that have not gotten enough shine in the films to date. If “WandaVision” is any indication of the future of these series, they will not be cheap or lazy. Rather, they have the potential to be the most effective, fresh pieces of storytelling to come out of Marvel since the first “Iron Man.”

While admittedly, this first episode was not wall-to-wall action, it set up a number of threats, and promised an exciting, action-packed series that will surely reinvigorate the fans of that typical thrilling Marvel style.

New episodes of “The Falcon and the Winter Soldier” stream exclusively on Disney Plus every Friday.