***Spoilers Ahead for WandaVision Episode 7***

This episode — and the series as a whole — led to the reveal that “Agnes,” the strange, quirky neighbor, is actually Agatha Harkness, an extremely powerful witch who has been manipulating Westview throughout the duration of the show.

We see Agnes bring the twins over to her home and Billy notes she is quiet “inside.” This tipped us off that she is clearly outside of Wanda’s control and her taking interest in the twins is not surprising considering her connection to their creation and subsequent disappearance in the comics.

Agatha Harkness often associates with Mephisto, Marvel Comics’ iteration of the devil. Many speculate Agatha Harkness is not the main villain of this show, but rather, Agatha is simply acting as Mephisto’s lackey. Again, the hints toward the devil and Hell in the past few episodes point in that direction, but we will have to wait and see. 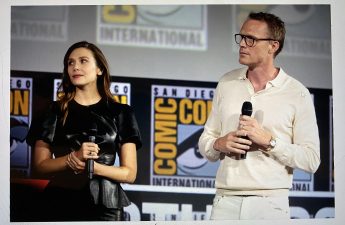 The episode ends with a montage of Agatha’s meddling throughout the various decades of the series, including a shot of her manipulating Pietro in episode 5. This raises many questions.

Is it actually Quicksilver from another dimension, or could he just be another person in Westview who Agatha has been controlling? Also, does Agatha have full control over everything occurring inside the Hex? If that is the case, then Wanda could be innocent of everything Director Hayward has accused.

The most intriguing Easter egg came in the form of this week’s commercial. The commercial was for an anti-depressant called “Nexus.” This miracle pill helps to “anchor you back to your reality, or the reality of your choice.” The commercial ends with a tagline, “Because the world does not revolve around you. Or does it?” In all honesty, I had to do some pretty heavy research to figure this one out, but I will simplify it here.

In Marvel Comics, there is a place called the Nexus of All Realities. Essentially, this place provides a gateway to any possible reality.

In the comics, it is located in the Florida Everglades, but it’s possible the producers decided to change the location to Westview for the sake of the show. This would explain how Agatha was able to pull a different Quicksilver out of his reality and bring him into the MCU. 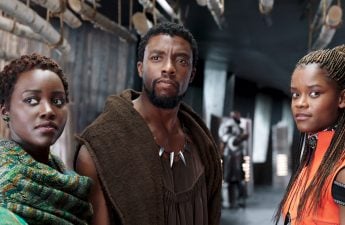 This ties into the upcoming Loki series — we see in the trailer he has been taken in by the Time Variance Authority, an agency devoted to monitoring changes in the time stream and watching over Nexus Beings.

While this is not really an Easter egg, the addition of a mid-credit scene in this episode has certain implications for the rest of the series.

But in this episode, when Wanda ventures into Agatha’s magical lair, the ratio shifts to 21:9 signaling the end of the sitcom reality. Additionally, the presence of a mid-credit — also shot in the 21:9 ratio — implies we are fully out of the sitcom style and the remainder of the series will be more in line with a Marvel film, free of any sitcom tropes.

New episodes of WandaVision premiere every Friday on Disney+.