Founded in 1964, the Chicago International Film Festival is the longest-running film festival in North America. The festival has sought out talent from all over the globe, and this year, Madison residents will also have access to these cinema gems.

Starting from Oct. 14 at 8 p.m. CST, the 56th Chicago International Film Festival will be screening films virtually. For Wisconsin residents, this means you can now view the Festival remotely from the safety of your homes. This year’s lineup includes the World Premiere of seven films, fifty-eight feature films and nine short programs. 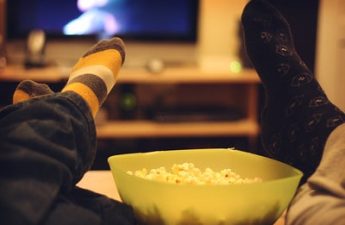 Eight fall movie marathons to do with your friendsIf there’s one thing we have a lot of right now, it’s time at home. What better way to spend Read…

Here’s a little more information about what festival attendees will see this year.

The 56th Festival premieres a variety of international films and documentaries, including “Belushi,” Chicago-made documentaries “The Road Up” and “Mama Gloria,” “Striding into the Wind” from China, “Of Fish and Men” from Switzerland, “The Special” from Venezuela, “‘Til Kingdom Come from Israel,” “Becoming Mona” from the Netherlands, and the unseen fifth episode of “City So Real,” directed by Steve James.

The Chicago International Film Festival also hosts the longest-running film competitions. Films will be competing for the Gold Hugo in the following categories — International Feature, New Directors, International Documentary, Short Film and Out-Look (LGBTQ+). The complete list of films competing in these categories can be viewed here.

This year’s festival will also see actress Kate Winslet, a seven-time Academy Award nominee presented with the Career Achievement Award. Her newest film, “Ammonite,” where she stars alongside actress Saoirse Ronan, will be screened in Chicago during the festival. 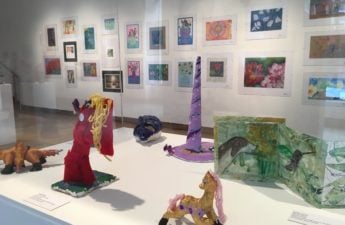 Italian filmmaker Gianfranco Rosi, who was nominated for an Academy Award for his documentary “Fire at Sea,” will be receiving the Artistic Achievement Award. His new documentary, “Notturno,” is premiering in Chicago during the Festival.

Actress Rachel Brosnahan stars in the film “I’m Your Woman,” premiering and an accompanying conversation with Brosnahan will be live-streamed.

Festival passes and single tickets are currently available at chicagofilmfestival.com/festival/tickets. Passes offer access to 10 or 20 virtual screenings, while Single Tickets are for viewing single films.