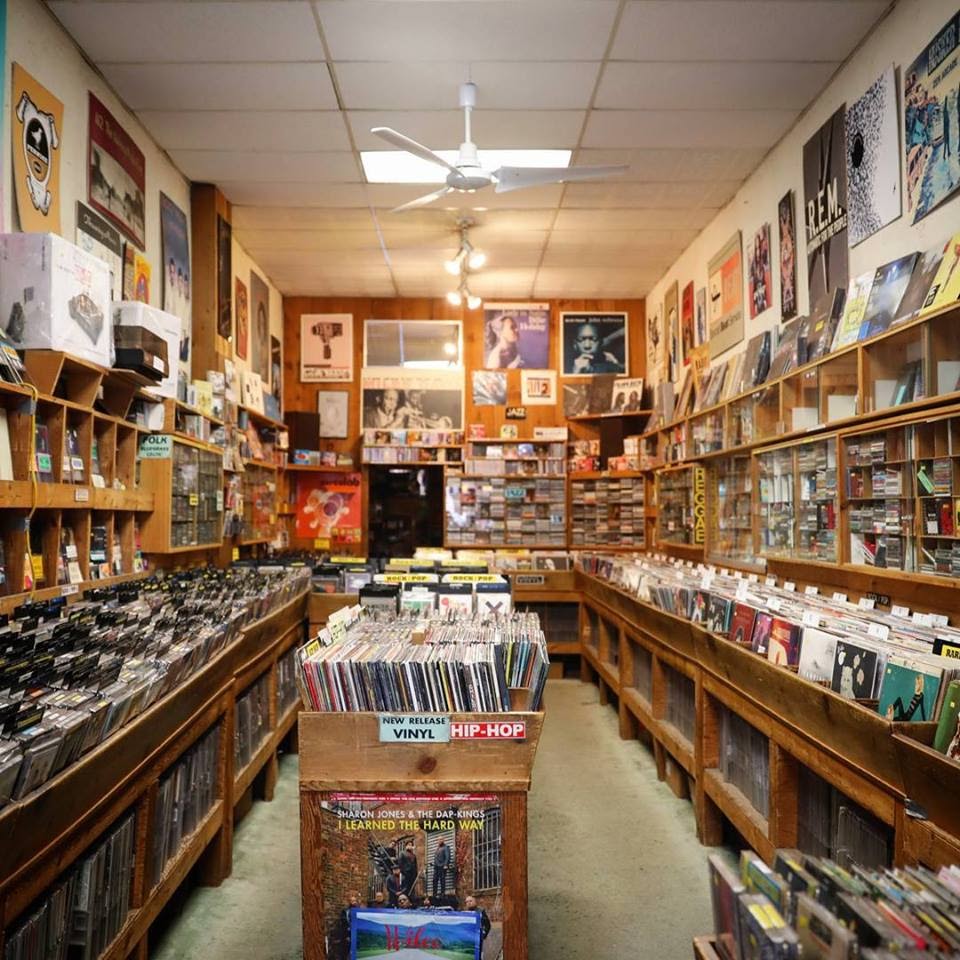 Looking at the history, function of B-Side Records

B-side records formed in 1982, when two fellows, Dan Jenkins and Ralph Cross, came over from the University of Michigan to open their own record store in Madison. By 1983, B-Side had found its most loyal customer, and then employee, in Steve Manley.

The store was covered in now-vintage posters and custom wood bins. The stocks consisted of vinyl LP’s and cassette tapes. In the 90’s, however, B-Side was forced to adapt to changing times.

CDs came in and took power, becoming most of B-Side’s inventory in place of vinyl records. Later that decade, Jenkins and Cross sold the store to Manley.

The success of this movement inspired Manley to boost the inventory of vinyl records and regain the interest of young folks finding interest in vinyl.

Even with music streaming services dominating the way they are today, B-Side has found its niche staying power in individuals who love old music and collect vinyl records. A return to record sales has helped the store’s slogan emerge — “music of lasting value.”

In recent years, the community has shown their appreciation for B-Side Records, like when Manley was injured and unable to work, a GoFundMe was organized to help raise money for the employees in his absence.

B-Side Records also supports the community in return, promoting local artists and using a nearby park to let them perform.

Sometimes, the coolest aspect of local arts is digging for insight and appreciation into the people and places who have been around far longer than we have. Just because something like B-Side Records has been around for a while, doesn’t mean there isn’t a story — or at least a new story — to tell.

B-Side’s story is far from over, and as it continues to evolve, it can continue to be told with a different, refreshing perspective. As the music industry continues to change, long may vinyl records and B-Side Records continue to stand and serve loyal customers.

Looking back on the 2020 Oscars, it’s satisfying knowing that “Parasite” came away with as many wins as it did.

One, because the movie and Bong Joon-Ho were so deserving. Two, because “Parasite’s” winnings proved that the Academy does respect diversity in some regard, though their nominations continue to prove otherwise.

In some ways, it almost feels like “Parasite’s” winnings cover up for the lack of diversity in their nominations. We are making sure that is not lost on the public.

Lupita Nyong’o for “Us,” Awkwafina for “The Farewell,” Jennifer Lopez for “Hustlers,” Sterling K. Brown for “Waves,” Jamie Foxx and Michael B. Jordan for “Just Mercy” and Eddie Murphy for “Dolemite is My Name” make up some of the biggest snubs in the acting categories.

Every single one of these performers showed Oscar-worthy value in 2019 and some even earned BAFTA or Golden Globe nominations for their work, but were surprisingly left off the Oscar ballot.

In the Best Director category, the Academy continues to disrespect women. Greta Gerwig followed up quite possibly the most impressive debut feature film in “Lady Bird” with her stellar take on the classic “Little Women” tale.

Again, it’s a shame she didn’t get the nod over someone like Todd Phillips for “Joker.”

Critics appreciated her film as a whole much more than Phillips, who relied on a lot of Scorsese tropes to accomplish his film. He got the popular vote, I guess for the box office smash that was “Joker,” though, and the Academy has been trying to pay more attention to popular films.

Here is hoping next year the Academy builds on the victories of “Parasite” and includes more diverse nominees. The Oscars are too prestigious and widely recognized to be a privileged club.

It’s time they shape up and be more representative of all the colors the arts have to offer.

For most of February, the Black Cultural Center was hard at work with creating the University of Wisconsin’s Black History Month, and with the help of their student-run planning committee, this year was one for the books.

“We started off bouncing ideas for the general theme. We wanted to move away from this campaign of oppression upon the Black Community and look towards the future,” Co-Chair Adrianna Griffin-Phipps said.

Griffin-Phipps has been on the committee since 2017, and came into the role with experience and determination.

It challenges participants to see how the voices and actions of past African Americans have shaped the present, and furthermore, how they guide us into the future.

From there, the committee and other groups had events planned every week. There were art workshops, speakers, food tastings and networking opportunities. The committee also scheduled professor, politician, director, musician and Emmy award-winning producer Pierce Freelon as a keynote speaker.

For events they planned, the committee wanted to include some of the research they did, highlighting two main historical movements — the African diaspora and the UW Black Student Strike of 1969.

Because of this, the festivities allow viewers to recognize the impact of the UW’s Black Community, and how hard they pushed to get where they are today.

But even as the month reaches a close, it’s important to remember that cultures should be honored year-round.

“Black History Month is more than a month — it’s a movement,” Griffin-Phipps said. “And it’s not just during the month of February — we need support throughout the rest of our lives. Delve deep into Afrofuturism — it’s a movement, and it’s coming.”