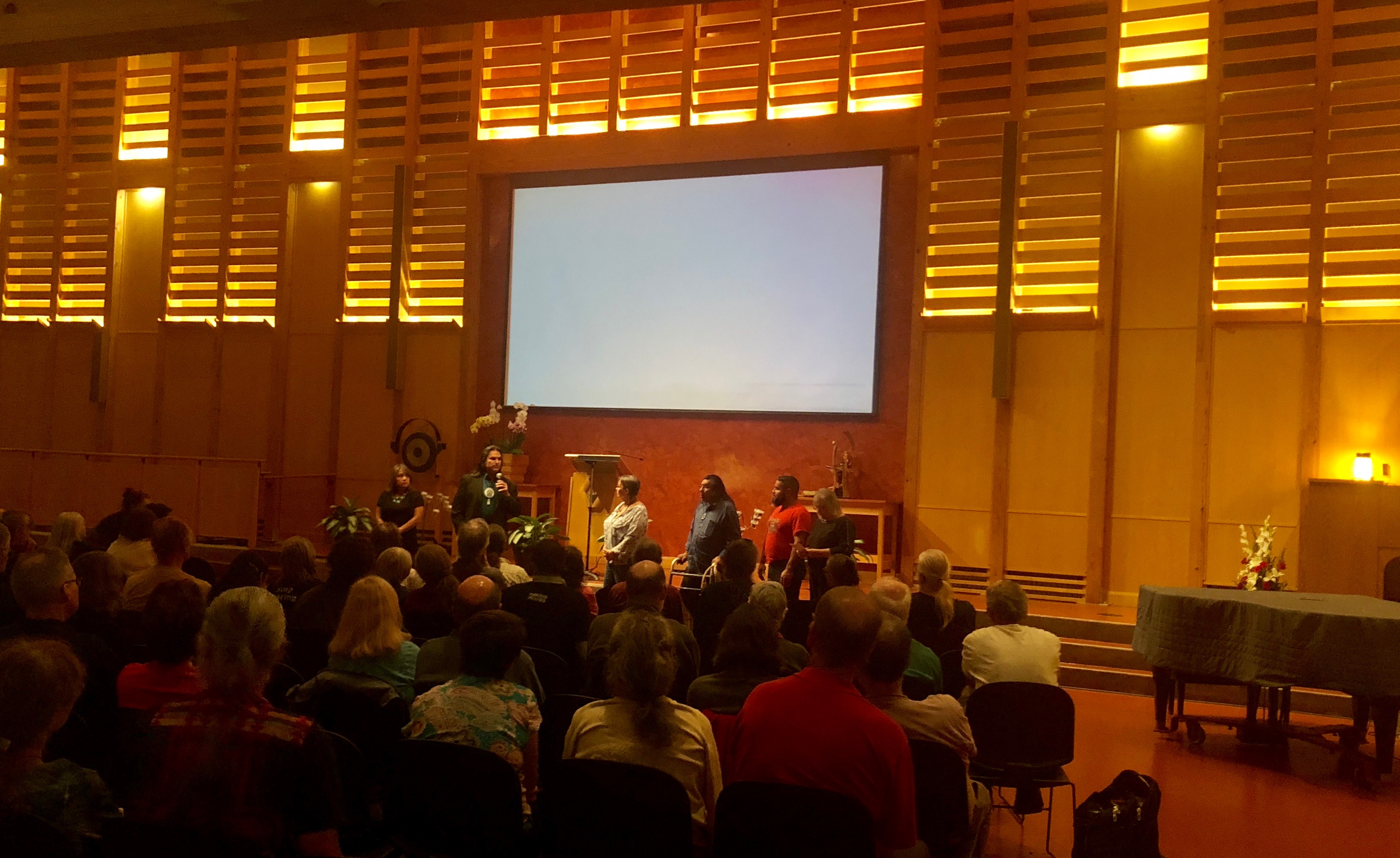 Standing Rock protestors came to the front of the atrium to share their experience.
Hannah Brandt/The Badger Herald

The First Unitarian Society hosted an Indigenous Peoples’ Day celebration Monday — a holiday to honor the Indigenous people of America and to remember their culture and history.

At the entrance to the event were several articles which described the different environmental advocacy issues various tribes supported. One encouraged readers to fight against the proposed Back Forty Mine, a metallic sulfide mine project in development in Menominee County, Michigan. 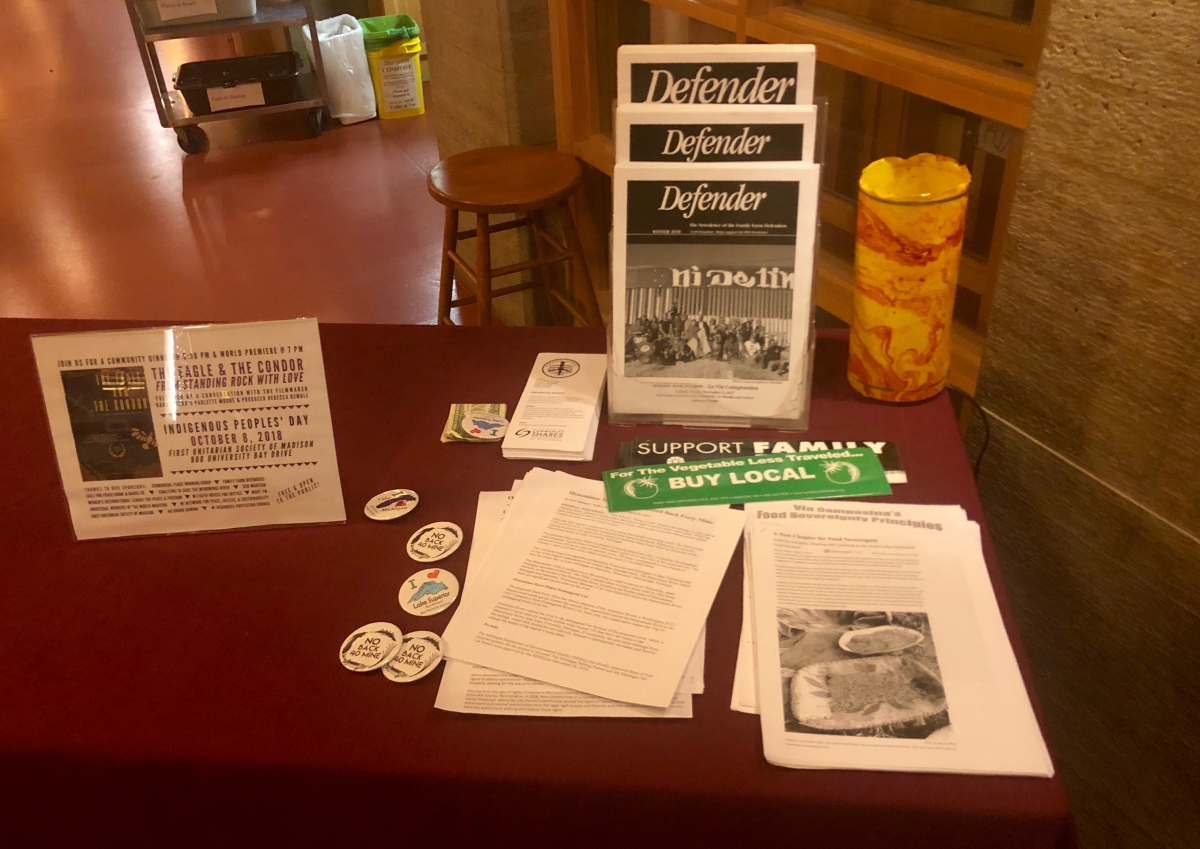 Various displays were up during the celebration to give greater insight into past historical events.
Hannah Brandt/The Badger Herald

The official welcome began in the atrium, where a live stream for other communities gathered from around the country to celebrate the holiday. A ceremonial drumming and singing performance was given by a group from Northwestern University.

The lead attraction of the event, however, was a premiere screening of the film “The Eagle and The Condor: From Standing Rock With Love,” by filmmaker Kahsto’sera’a Paulette Moore and produced by the city of Madison Alderwoman Rebecca Kemble, who was in attendance. A member of the Ho-Chunk Nation of Wisconsin, as well as two members of other tribes, introduced the film and said a prayer for all in attendance.

The documentary-style film centered on the events surrounding the Dakota Access Pipeline protests in North and South Dakota which began early in 2016 and continued for several months.

The film featured opposing commentaries between law enforcement and protesters whose lives would be immediately impacted by the construction of the mine. The concept of the documentary highlighted the beauty of traditional indigenous ceremonies juxtaposed with jarring footage of the violence that took place at the protests.

Kemble was present at the Standing Rock Indian Reservation when the Dakota Access Pipeline protests occurred. In the film, she spoke about the solidarity she observed by the nation’s community.

The evening concluded when Kemble beckoned audience members who were present for Standing Rock to the front of the atrium to give their accounts of the events in a panel-like discussion and Q&A session.