The structured script of monogamy reads simply: Partner A finds Partner B. They both like each other. A courtship begins, followed by a marker of commitment where it’s determined that the pair can only see each other. Long-term, settled down monogamy is the ultimate goal.

In practicality, monogamy can often be constraining, especially when an individual is still exploring their preferences in dating and sexual spheres. It’s difficult to commit to one person in a set situation when they’re not even sure what major they’re committing to for school.

The stress of following this perfect script is heavy on many young people. Perhaps this weight is felt because other options besides strict monogamy are not often represented.

These scripts are not necessarily for everyone though, and monogamy is not always the desired route.

The obvious contrast to monogamy is polyamory, or the practice of having multiple romantic interests at once. For me, the key distinguishing feature in this type of relationship is the general knowledge of all participants involved. For example, if John, Jason and Jill are in a polyamorous relationship, John and Jason are both more than aware the other exists and it is entirely possible the trio will all go out together.

A polyamorous relationship is definitely not limited to three partners, as this relationship can exist with as many different participants as is conceivable. The gender identity breakdown for these types of relationships can also greatly vary, as there may be “two girls for every boy” or an even breakdown in a group of six. 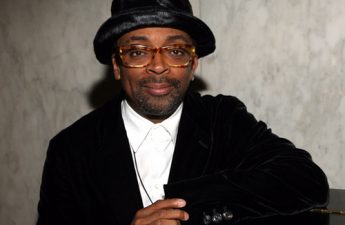 For others, this group dynamic doesn’t quite gel together, as the participants definitely aren’t single-mindedly set on one person. This is where leveraging friends with benefits comes in handy. The term is not to be taken lightly. A friend with benefits is, first and foremost, a friend.

If an individual can’t stay up with someone until 3 a.m. chatting about daily struggles and long-term goals, then said person is really more of a hookup than a friend with benefits.

Hump Day: Bring your monotonous hookups to life with these tantalizing techniquesAh, the hookup. Never has an activity carried such a universal expectation. You go in, probably after a little too Read…

Still, multitasking is difficult for many people even as they are not sure exactly what they want out of a relationship.

This is when serial monogamy kicks in. Dating one person after another gives fleeting emotional security, albeit for a brief time, but these flings can also help establish what one wants out of a relationship.

Whichever type of relationship is chosen, be sure to know any dating preference is valid.