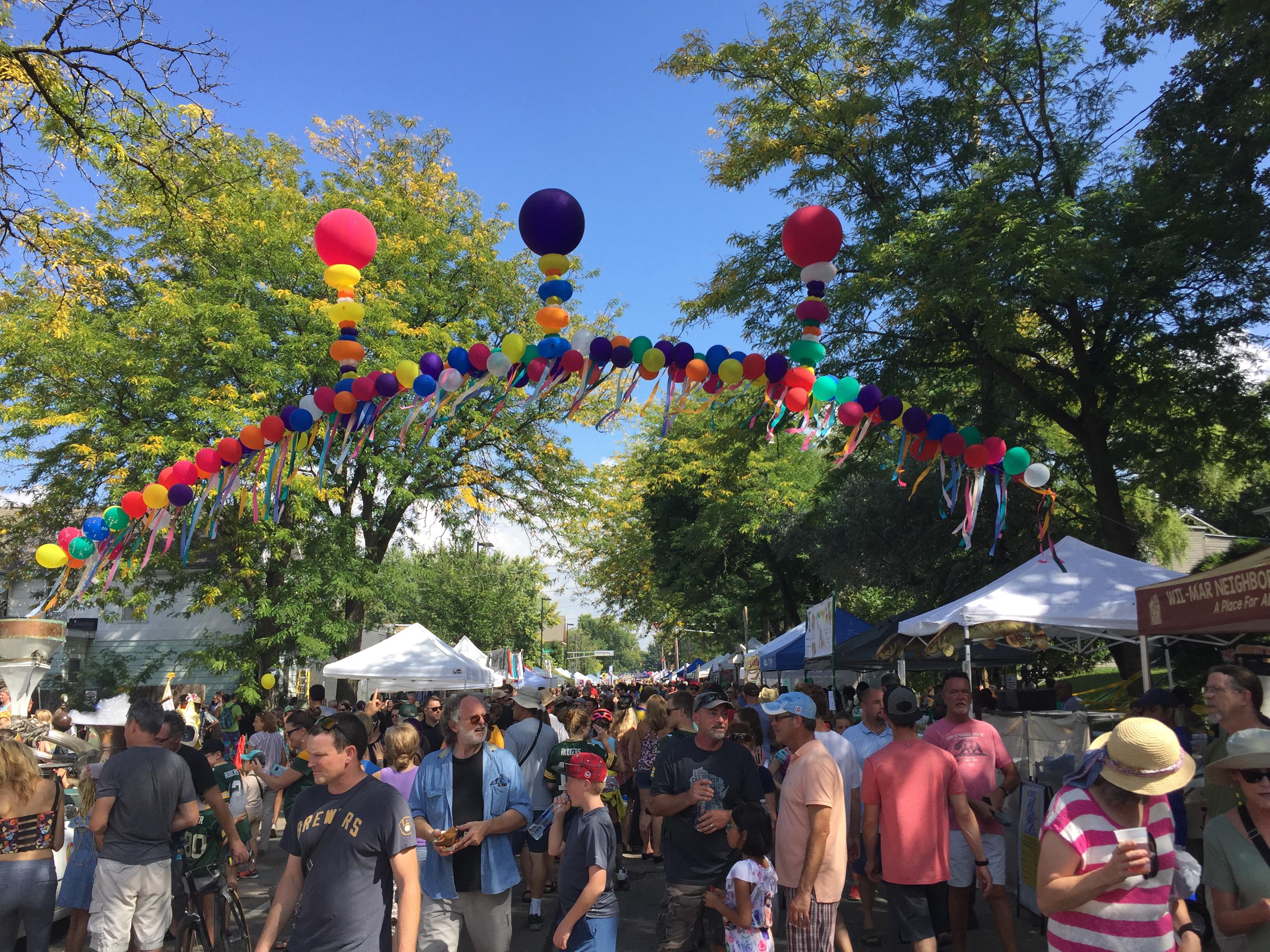 The Willy Street Fair is truly a sight to behold and one of Madison’s greatest treasures. Located on the blocks of Williamson Street, the fair brings people together of all ages and backgrounds to enjoy food, music, dance and much more.

With more than 175 vendors, the fair offered a great economic opportunity not only for the businesses represented with tents at the fair, but also the businesses already located in the community.

As I took shelter from the heat for a moment at Underground Butcher, I spoke to one of the clerks at the shop. 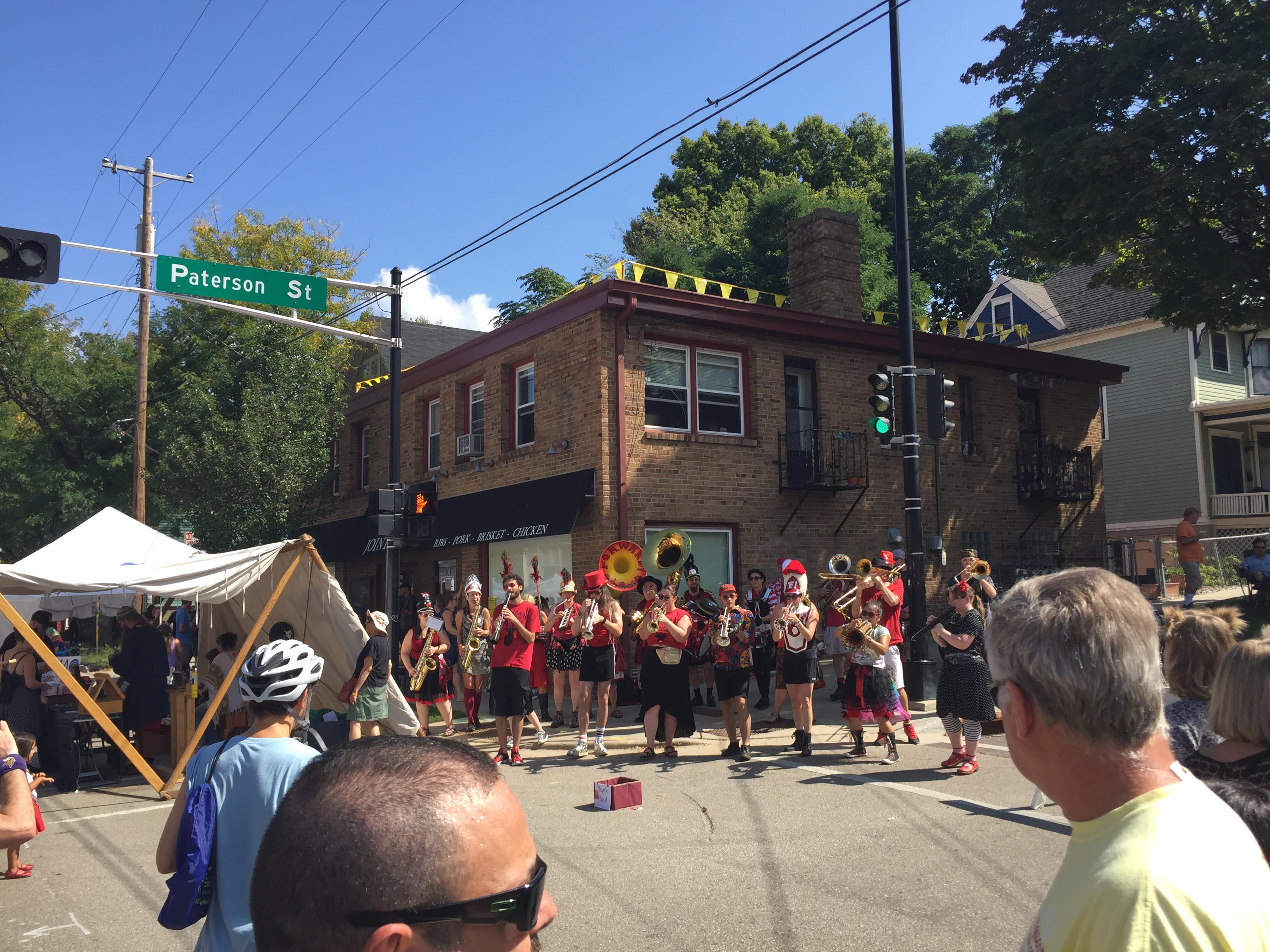 “The neighborhood is never this crowded unless the fair is going on,” the clerk said. “We almost always see the same people coming in the shop on a regular basis except over this weekend, we’ve had a bunch of new faces which is really good to see.”

With these new faces comes new business, but business is hardly the only thing that the Willy Street Fair promotes.

There is undoubtedly a strong sense of community at the fair. People mingle and talk while eating food from local businesses and listening to local musicians. 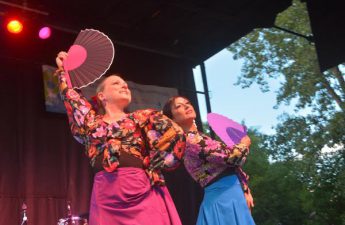 At one of the stages, the band stopped to spread a message about trans inclusivity. The lead singer of Gender Confetti dedicated their next song to “all the young people struggling with gender identity and feeling like society does not accept them.”

Social and political activism were certainly big parts of the event. Tents promoting causes from marijuana legalization to voter registration to animal rights were strewn along the street.

I definitely felt an atmosphere of inclusivity at the fair. There was a wide diversity of ages, backgrounds and ethnicities represented at the Willy Street Fair. Families strolled through the streets, pushing strollers while a girl, no older than 12-years-old walked around on stilts to the amazement of many passerbyers. There was a great number of costumes, many of which seemed to fall under a circus theme. 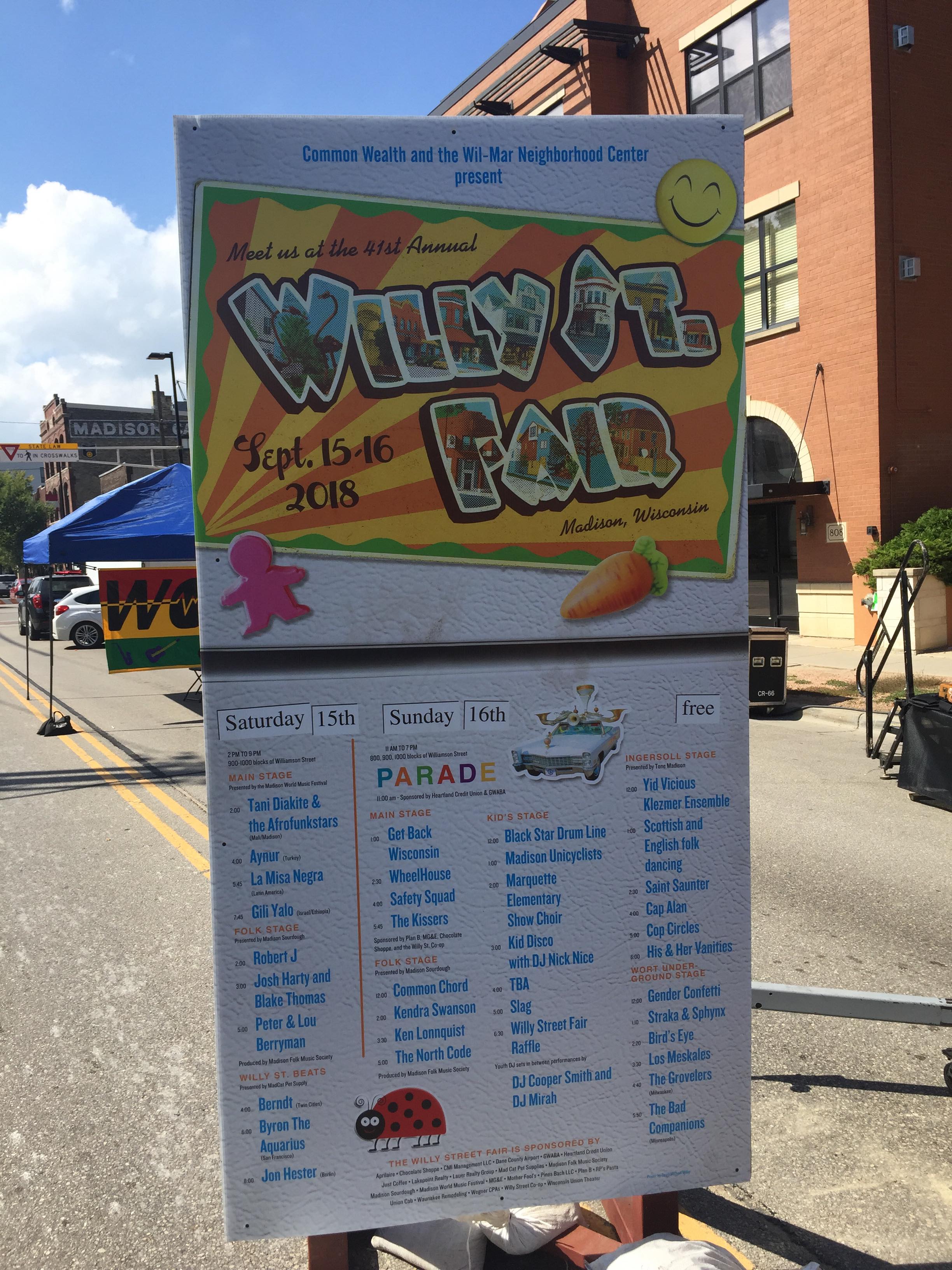 As I walked through the fair, scents of good food drifting through the air, I couldn’t help but wish I was ten years younger. A bubble machine wafted bubbles into the air, as kids screamed and jumped up and down on the bouncy house.A climbing wall also gave kids the opportunity to harness in and test their strength.

The parade itself was an incredible display of many costumes, not only of the circus theme, but with all sorts of bright colors, face paint and hippie-esque attire as well as a group of roller skaters. For many, the fair is a chance to let loose with self expression and dance freely to the many different musicians playing up and down the street. 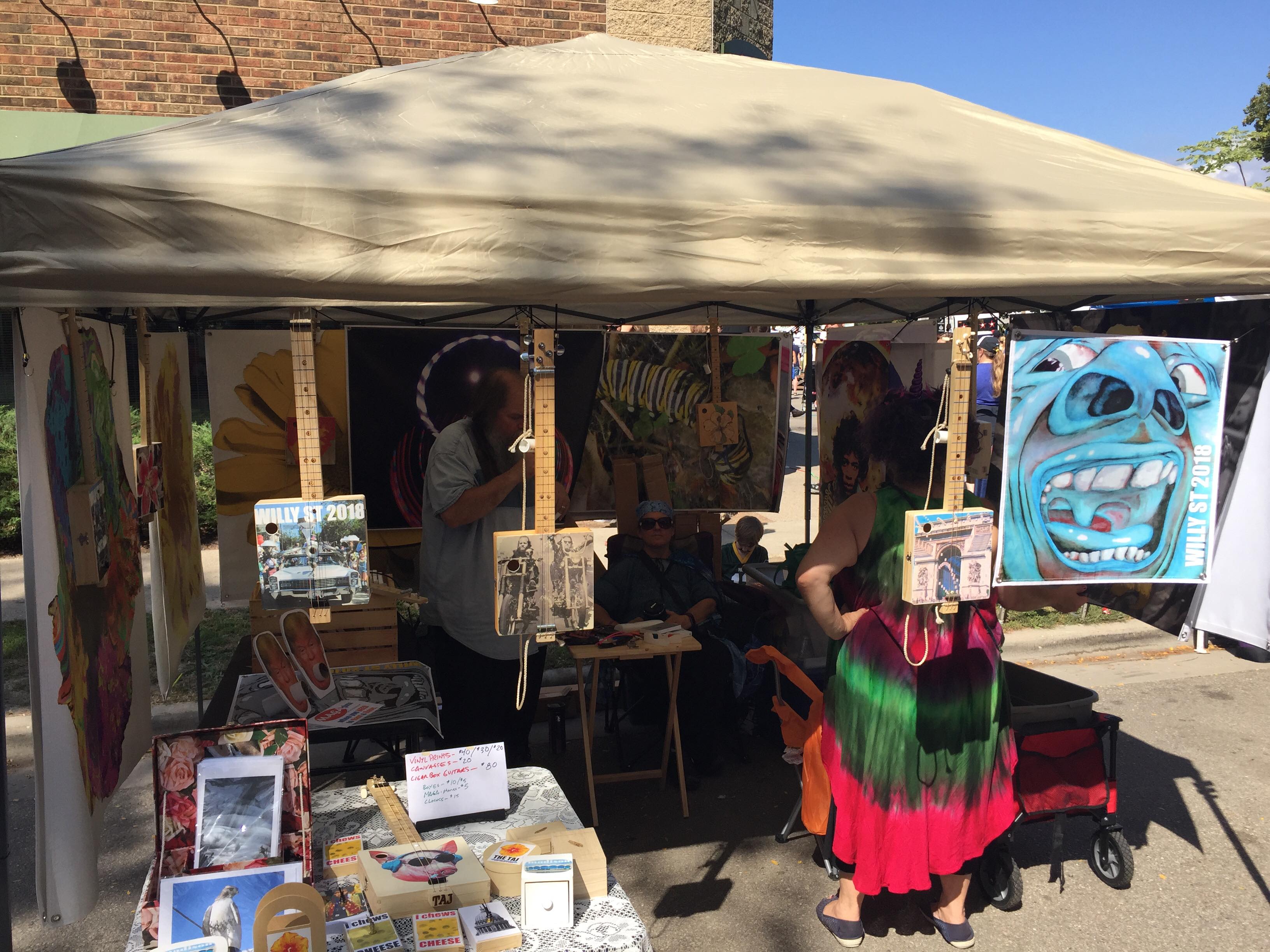 As I walked from one stage to the next, with traditional German music fading out of my ears only to be replaced by an ensemble of youth drummers, I had to indulge myself in some cheese curds, which were arguably the best I’ve ever had since my time in Wisconsin began.

Cheese curds, however, were far from the only option at the fair. Almost any kind of food imaginable, from West African cuisine to Empanadas to Polish sausages was available to eat — all prepared right then and there in the food truck/tent.

The main thing that I gathered from talking to Willy Street Fair attendees, the fair is a celebration of community and inclusivity. One pop-up jewelry vendor said she loved the diverse activities, which has something for everyone. 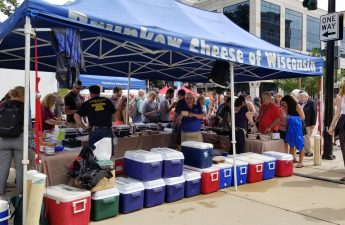 Farmers at the Farmers Market: Stories behind everyone’s favorite vendorsSince 1972, the Dane County Farmers Market has gifted the Madison community with a rich tradition of quality, fresh and Read…

Although the Willy Street Fair is over this year, it will undoubtedly be back next year, probably even bigger with more musicians and vendors. If you want to get a taste of one of the most unique and expressive Madison communities outside of campus, I would highly recommend making the trip out and making some new friends at the Willy Street Fair.