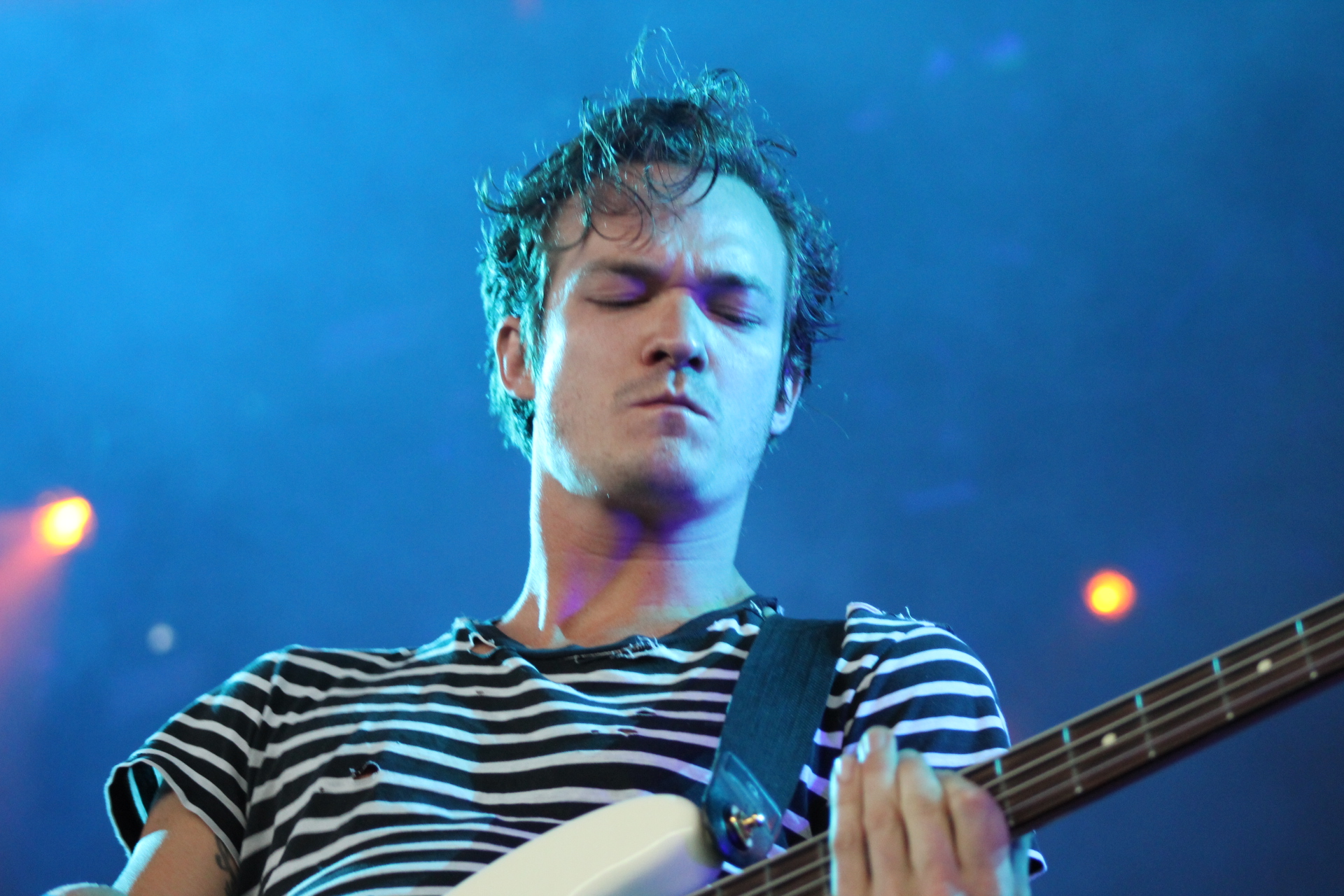 In the wake of two weeks that had consisted primarily of sweltering heat, it was fitting the acts to close out Summerfest from the amphitheater were two of the coolest around. Arcade Fire and Manchester Orchestra brought light shows, guitar solos, high energy and dramatic entrances to their “Summer Blockbuster” performances.

Fittingly for the final ticketed act of “the world’s largest music festival,” anticipation was high and the crowd was large before the show began, leading to its beginning to be postponed for thirty minutes due to seating issues. However, rather than put the crowd in a foul mood, the wait seemed to increase anticipation for the entrance of the performers. 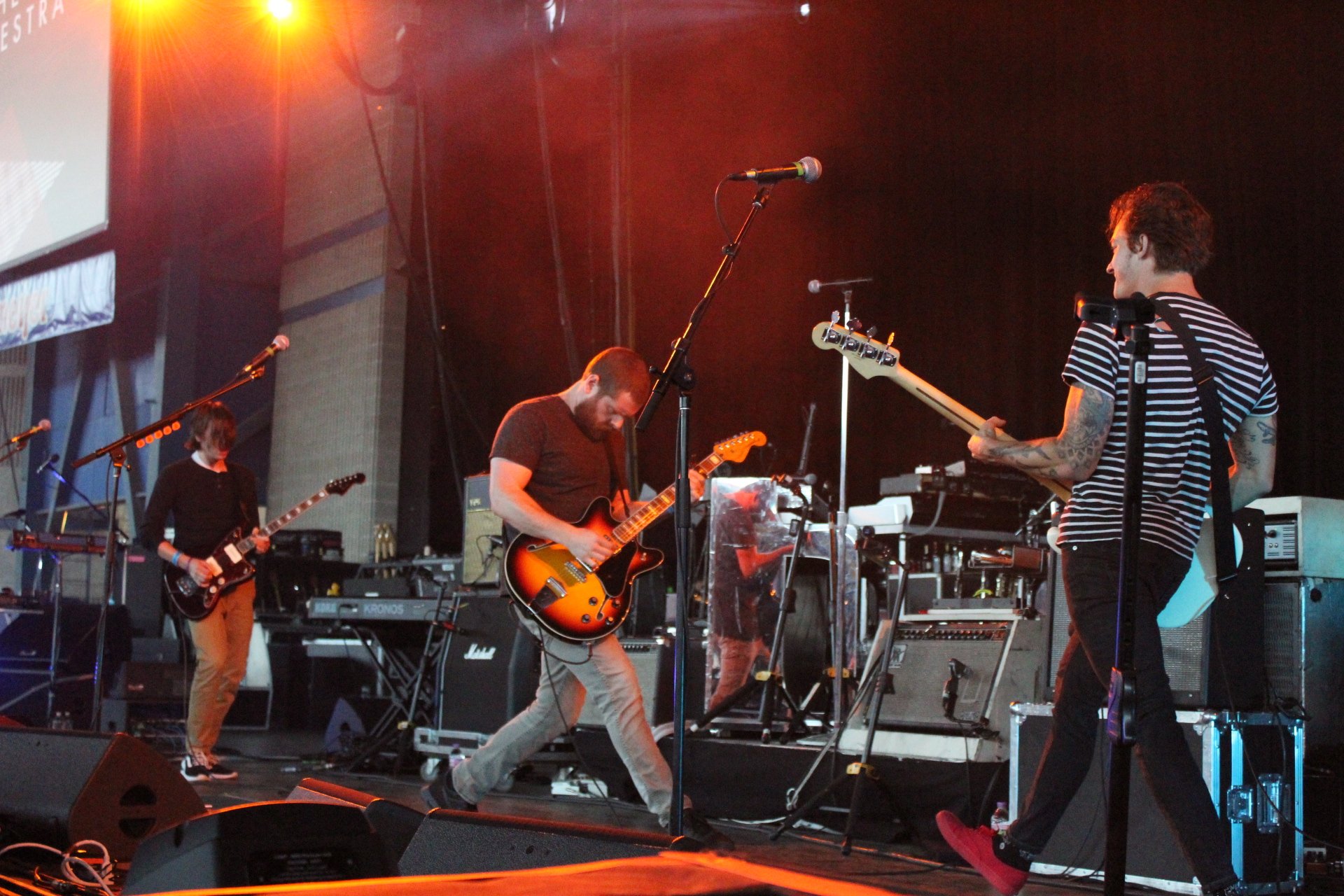 Finally appearing at 7:00, Manchester Orchestra, a deceivingly named indie rock group actually from Atlanta, Georgia, filed onto the stage unassumingly. Coming to Summerfest only a year after their latest album A Black Mile to the Surface, it occupied the first three of their eight-song set before they moved onto their older material. Starting with their slower but vocally impressive “The Maze” they quickly shifted into, and stayed in, high gear by moving onto songs such as “The Moth” and “Pride.”

Rocking out like the English rock bands that their name pays homage to, the band put on an exciting performance, compelled by the onstage chemistry between frontman Andy Hull, bassist Andy Prince and lead guitarist Robert McDowell. Combining vocals, playing riffs off of each other and performing powerful guitar solos, they put on an excellent show.

However, the festival was not over with simply one good performance. It was simply the warm-up to a great one.

Already known for their incredible live performances, Arcade Fire did not fail to meet expectations. After a few dark minutes were used to mask the stagehands reconfiguring the stage and shuffle the groups of photographers into the photo pit, a lone beam of light shot up from the stage. It illuminated a previously unseen disco ball on the ceiling of the amphitheater, throwing glittering blue light onto the crowd. Then the signature beat of Coolio’s “Gangster’s Paradise” blared over the speakers, and the band seemed to appear in the crowd, high-fiving and greeting fans on their way to the stage. 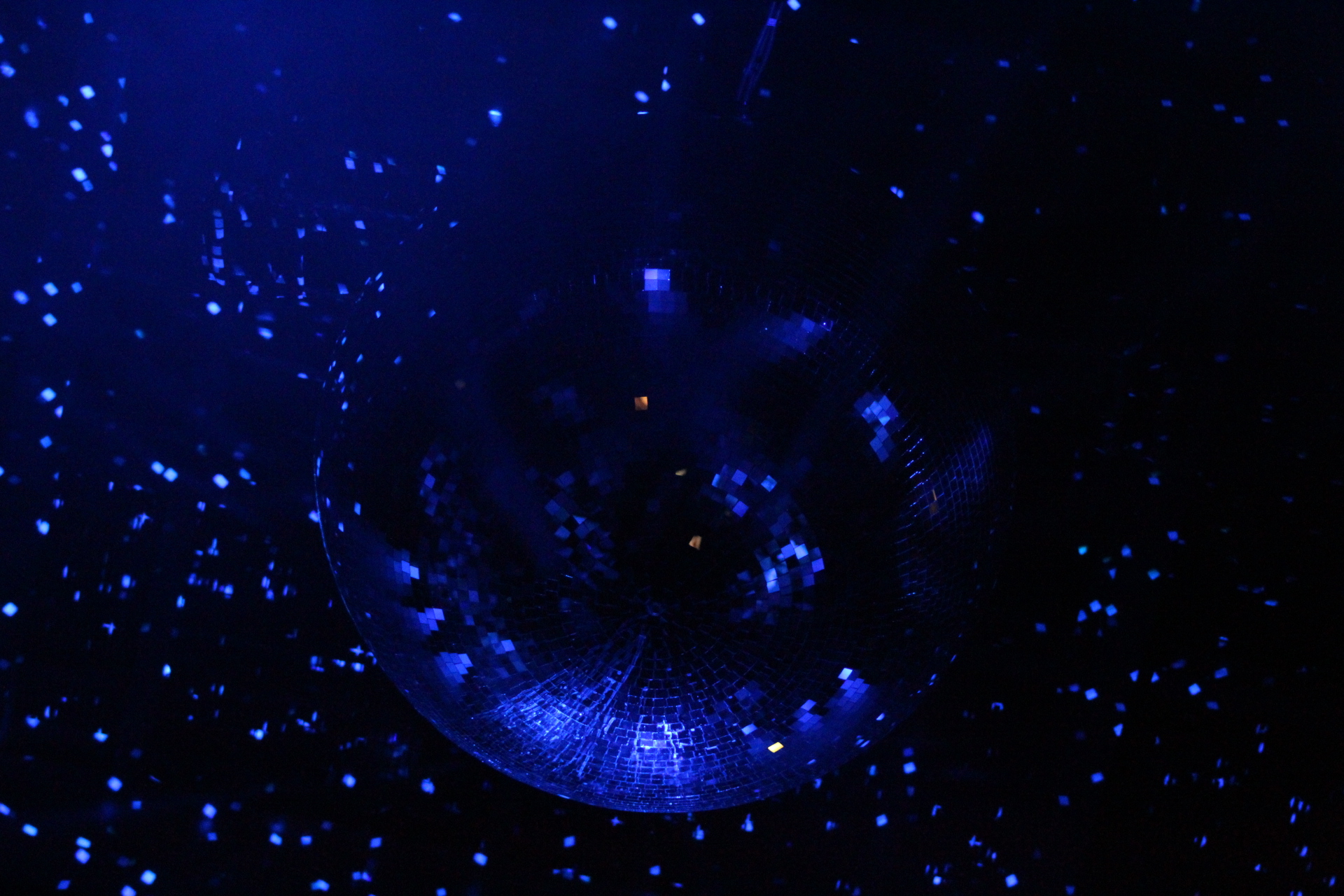 Dressed in anywhere from formal wear to yellow jumpsuits, the band got their set off to a start with “Everything Now,” the title piece of their latest album. Primarily playing off of Everything Now but also dipping into classic albums such as Reflektor and Funeral, the band put on a performance that was as much about music as it was about lighting and special effects.

Rising from on-stage smoke machines and silhouetted in ever-changing lights, they dazzled the crowd not only with the technicals, but also with their own energy and performance. Singer Win Butler made a point of frequently hopping into the crowd from the band’s low stage, at one point borrowing a photographer’s camera to photograph him back. Keyboardist and singer Régine Chassagne contributed to the performance and showcased her eclectic instrumental talent. 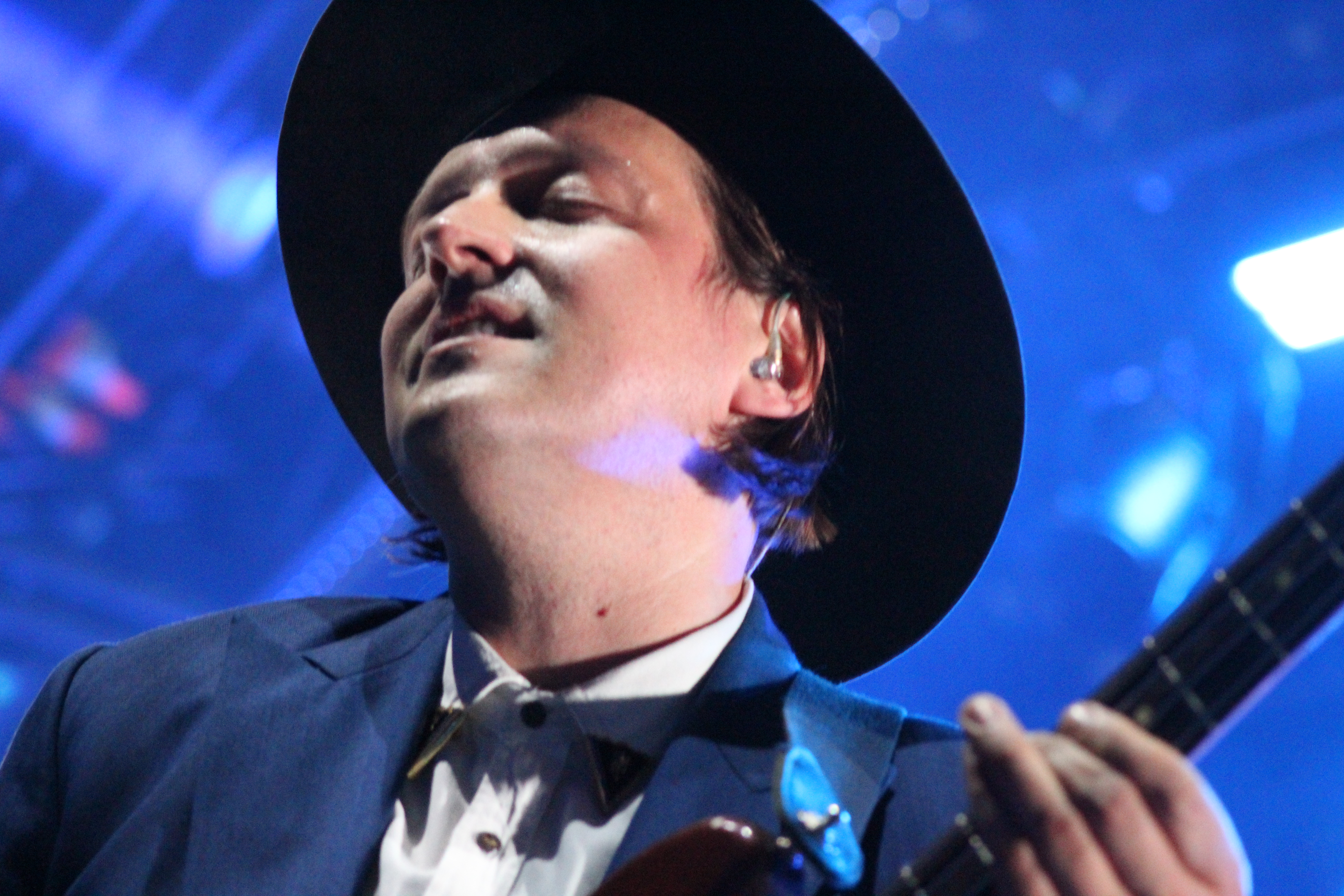 It was no surprise then, that after “closing” out their set, the band quickly came back out for a three-song encore. Performing hits “Neon Bible” and “Wake Up” as well as reprising/completing “Everything Now” the band brought Summerfest to a close that was worthy of the festival’s billing.