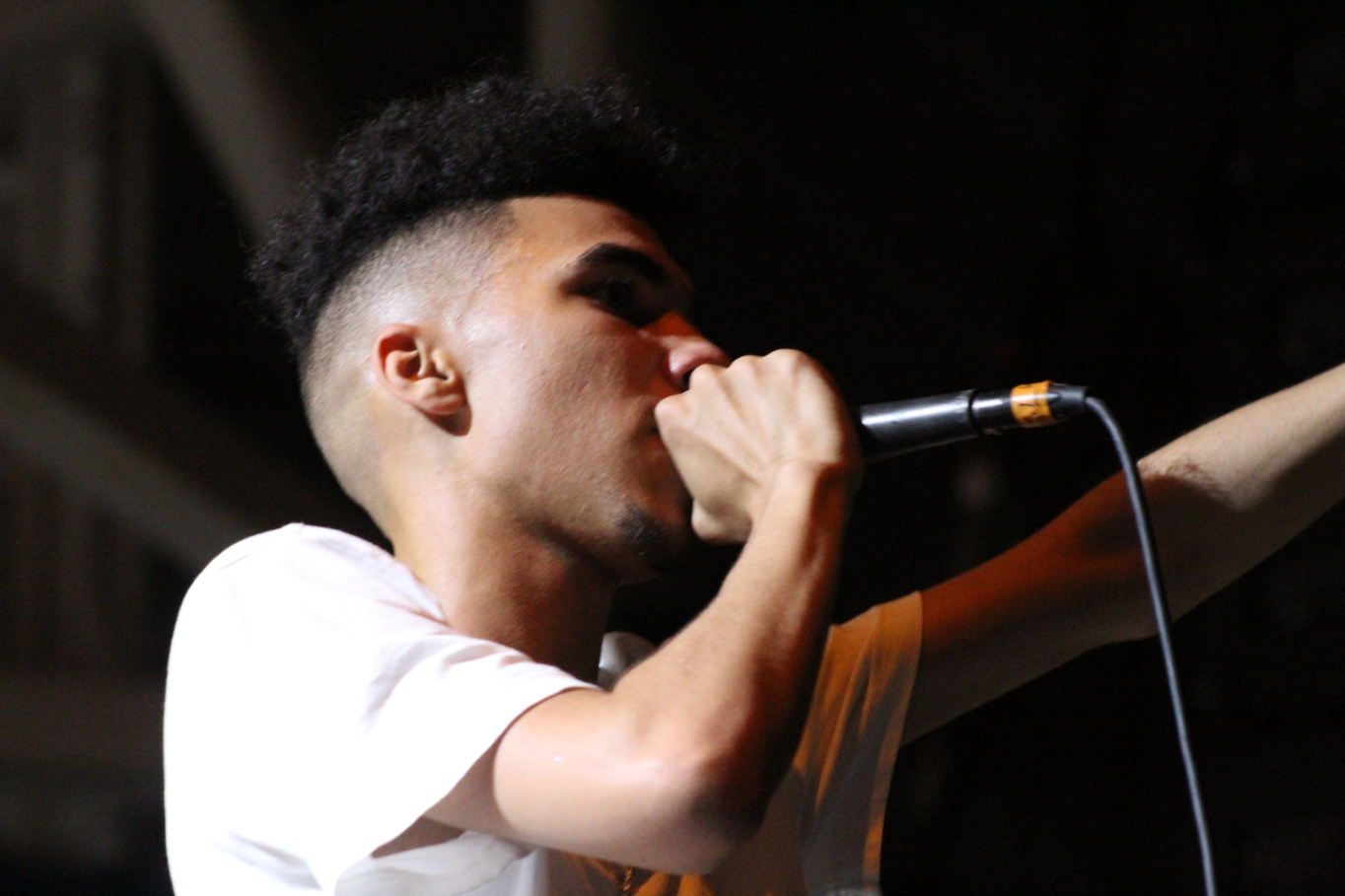 Many of the Summerfest attendees gathered at the Uline Stage Thursday night had come to see rising hip-hop star and ground show headliner Aminé, still only a year off of his acclaimed freshman Album Good for You. But occupying the 8:30 time slot, all but opening for Aminé’s 10:00 show, was a name known to few outside of Milwaukee’s hip-hop scene, Denny Lanez. Labeled one of the Milwaukee Journal Sentinel’s  “Milwaukee Rappers on the Rise,” he was back home and ready to rock the stage.

By the beginning of Lanez’s set much of the night’s crowd had settled in, half-heartedly dancing to ambient music, texting or posing for roving photographers in the photo pit. The tepid atmosphere was not improved by the oppressive midsummer heat that had hung over much of this year’s Summerfest. This was not to last. 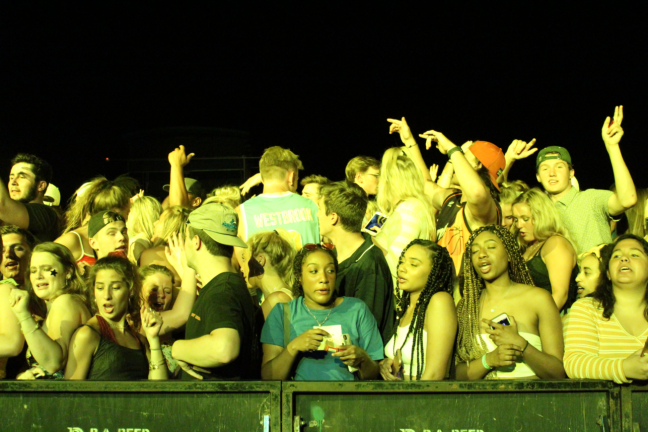 A lighting check between sets illuminates the crowd
Jeremy Frodl

From the his first steps onto the stage to the finale, Lanez delivered a masterclass in stage control. Rather than simply remaining in the center and allowing the lighting to do the visual work, he zipped from stages left to right, hopping on top of subwoofers and physically engaging all parts of the audience. Belting out upbeat hits such as “Zeus” and “Double Up” Lanez brought the crowd to a frenzy, creating the kind of excitement usually reserved for headliners and amphitheater shows.

Celebrating his hometown performance, he brought out two fellow Milwaukee area rappers, each bringing their own bottomless energy to create a living stage, one where they simultaneously engaged and performed. As one would rap, another would lead the audience, dancing and bouncing with them. 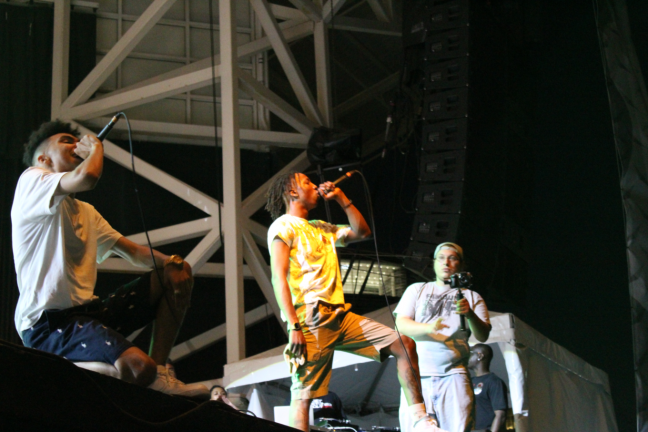 Closing out the set, he wasted no time jumping into the photo pit to meet and greet audience members, graciously posing for photos and conversing with them. He remained there for nearly ten minutes before security cleared the area in preparation for Aminé’s concert. 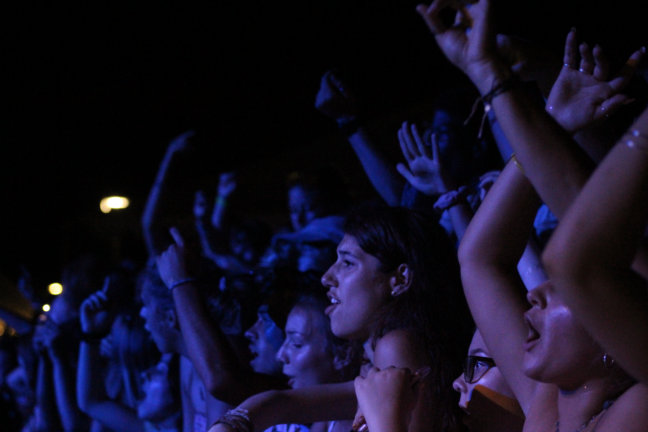 Directly following such an impressive performance was a challenge Aminé failed to live up to. While he engaged the crowd with a few call and responses, and in signature humor broke out his own interpretation of “Wannabe” during his performance of “Spice Girls”, his performance felt average at best and plain flat at worst.

The difference between the rappers’ attitude and presence was like night and day. While Lanez had filled the stage with his excitement and energy, Aminé simply meandered about. With little to watch, the stage felt empty. He felt like an optional part of the experience — the music could’ve been played over the speakers and the concert wouldn’t have been much different. There was very little memorable about his performance. 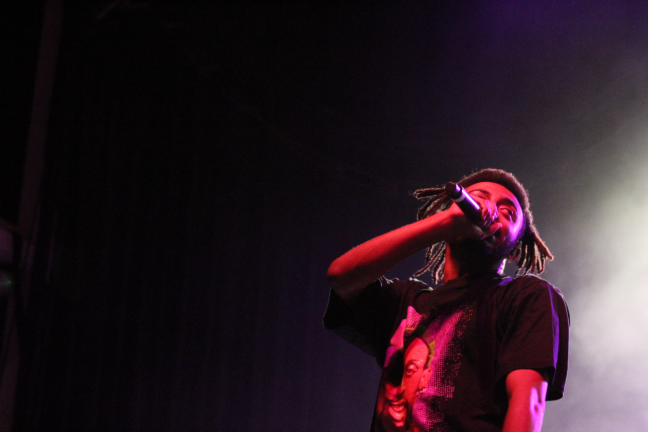 After his set, Aminé left the stage with a whimper, finishing his last song, thanking the audience and heading out the door. In comparison to the swagger and confidence displayed by Denny Lanez, Aminé had seemed like a noon performance rather than a 10:00 headliner.