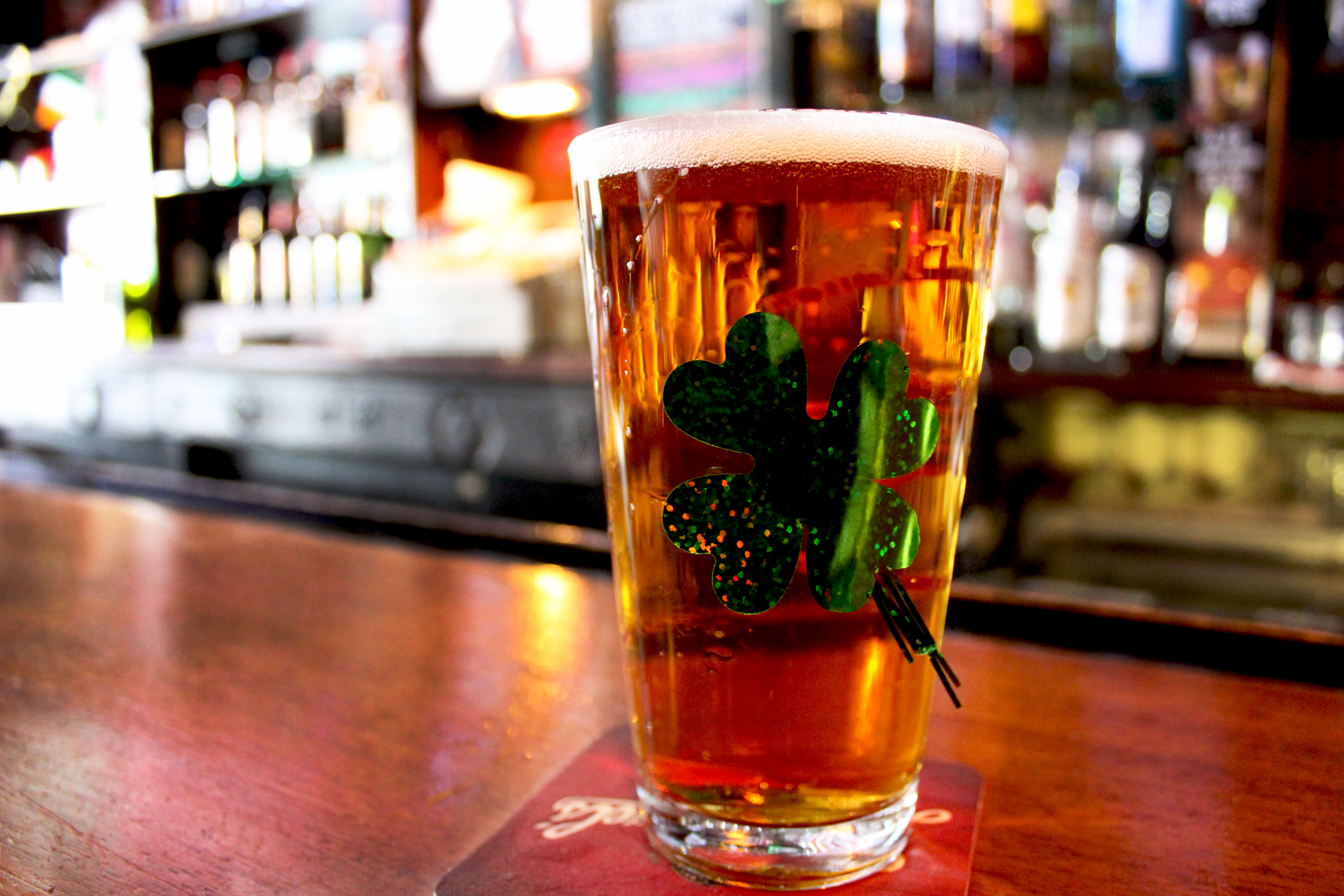 With spring break around the corner, University of Wisconsin students are itching to escape the cold and gloom for warmth and excitement.

While some lucky Badgers have the opportunity to venture off to said lands of warmth and excitement, others will have to make the best of their returns to home or their stay in Madison.

For the less fortunate Badgers who would rather travel somewhere new — but know Wisconsin’s weather will never permit the imagination to envision a warm vibe — here are some Irish pubs that might give you a getaway to the Cliffs of Moher you’ve been dreaming of.

As one of the oldest Irish pubs downtown, the tiny tavern at 317 State Street offers one of the most authentic experience for a patron looking to feel like they’re on the other side of the pond.

Opening in 1983, MacKesey’s has remained one of the oldest family-run and owned businesses in Madison. The vintage tavern is cozy, and boasts Irish pride in every corner. From green, white and orange tricolor flags hanging from the ceiling and the Irishman’s philosophy draping the wall — to the wooden booths that looked like they were carved from sessile oak, MacKesey’s drips in authenticity in every way imaginable.

And it makes sense, as the family behind the pub hails from the small Irish town of Adare.

Adding on to the family vibe, you can find owner Mark MacKesey serving up a homemade Irish beef stew to patrons on St. Patricks Day.

The pub boasts an impressive beer collection, with Irish classics like Guinness Harp Lager and Smithwicks all served on tap. Along with a great selection of liquor, MacKesey’s cooks up pub food classics during lunchtime, including brats and burgers.

With an all-around family-vibe and drink specials every day from 7 p.m. to close, the cash-only pub is truly a pot of gold on State Street.

Madhatters bar’s closing was that intense breakup which made you feel as if you would never be able to love again.

Enter Danny’s — the latest bar in the downtown district that proves once again, it is possible to love after loss.

Rumor has it that owner Brano Kruger has been drinking Jameson since the day he was born. With years of experience in the bar scene — serving as a manager at various establishments in Chicago, Milwaukee and Madison — Kruger bought and combined the old spaces of Madhatters and Silver Mine Subs to create Danny’s Pub.

Opening in September 2017, the bar had been completely remodeled and even added a kitchen to create a modern Irish pub with a full food and drink menu.

Kruger’s goal of making Danny’s the go-to watering hole for UW students and young professionals alike has proven successful as the two-story bar has quickly become a hotspot for game days and weekend outings. While the second floor is closed during the week to prepare for the weekend, on Fridays and Saturdays, a DJ comes in to help patrons can dance the night away.

For those who opt for boozy recoveries, Danny’s also offers brunch on Saturdays and Sundays from 11 a.m. to 2 p.m., serving up house Bloody Marys and $15 bottomless mimosas.

Serving up Irish classics like Guinness and Smithwicks, Danny’s also boasts an impressive collection of nine different makes of Jameson. If all that whiskey wasn’t enough already, the staff creates a special Jameson infusion each month, preparing each creation for two weeks before pouring them out. Their latest creation, a cinnamon-apple infusion, didn’t last long during the St. Patrick’s Day celebration — but we’re eager to find out what they have planned next.

Whether you’re looking to play a game of darts (which is free on Mondays for Industry Night), showcase your trivia skills or just have a good time, Danny’s is slated to become a fan favorite in Madison.

In any round of “FMK” of Madison bars, you’ll want to put a ring on Monday’s every single time.

The impromptu Irish pub located at 523 State Street first graced the downtown district in 1985. While owner Gary Garten wouldn’t reveal the full meaning behind the name, he quipped that at the time, “Fridays was already taken.”

Having previously worked in concert venues, Garten would bring in some of the decorations from shows to adorn the bar and entertain visiting musicians. Some notable names to sip on the notoriously strong drinks include Elton John and U2, with tickets from their Madison performances showcased on the bar’s wall. 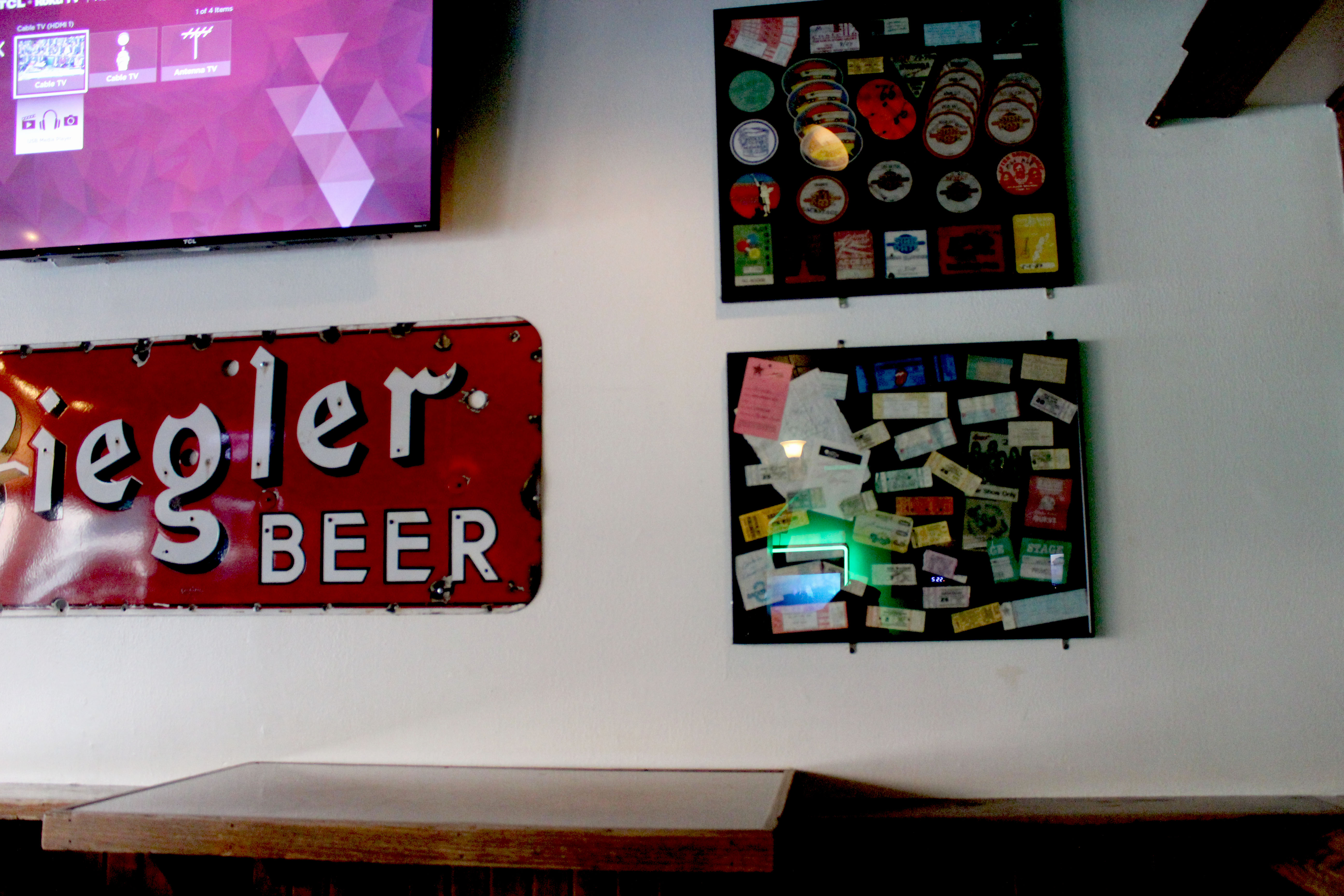 When December rolls around the corner, the most memorable decoration at Mondays shines through the windows. Managers cover every inch of the ceiling in hundreds of feet in Christmas lights, taking from up to five to seven days to set up.

The lights usually come down at the end of January — or whenever the staff musters up the strength to tear them down — but their presence throughout the holiday seasons creates a warm atmosphere for Mondays’ regular patrons and attracts even those casually passing on State Street, seducing them to enter in and check out the twinkling lights.

Along with the cozy interior that makes for a fun darts game on any day of the week, the bar features a convenient patio which the owner bought once the indoor-smoking ban was established.

On any day of the week, Mondays is the Emerald Isle of Madison gems that will never fail to disappoint.