In the difficult, competitive industry of comedy, it’s almost impossible to break the mold — but one comedian coming to Madison in early December aims to do so with his unique brand of observational humor.

Brian Regan has been prevalent in the comedy industry since the early ‘90s, and still maintains the momentum he gained so many years ago. Recently, he signed a deal with Netflix to record two hour-long specials, the first of which — Brian Regan: Nunchucks and Flamethrowers — has already begun streaming.

Now on a nationwide tour, Regan will be performing at the Orpheum Theatre on Dec. 8 with the same charisma and talent that has brought him so much success.

From his 1997 recording, Brian Regan: Live to his most recent Netflix special, his success has withstood the test of time. According to Regan, his comedy often beckons descriptors such as “observational,” or “slice of life.” None of these descriptors, however, have been able to articulate what Regan’s comedy is truly about. 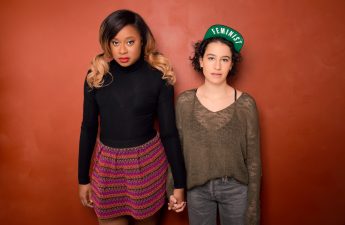 “It’s hard for me to find a word to describe it,” Regan said. “I just let it speak for itself.”

Regan’s comedy spans a broad spectrum of topics often involving everyday events such as visits to the optometrist or shipping packages through UPS and manages to do so while appealing to audiences of any age group.

His comedic style is often simply described by others as “clean,” according to Regan. Vulgarity is unheard of in Regan’s standup — a rarity among many comedians. Regan’s assertion, however, is that simply tagging his comedy as “clean” could potentially give the wrong impression.

“I can talk about some quirky stuff, but it happens to be clean,” Regan said. “It would be weird if somebody described The Beatles’ music as clean – and it is! What if all that anybody ever said was, ‘Have you ever heard The Beatles? They’re amazingly clean!’ And after a while you’d go, ‘I guess it is, but it’s sort of beside the point.’ I feel that way about the clean label on my comedy.”

Cleanliness aside, Regan’s comedy is constantly being developed over months and years. It’s through this constant nuancing that Regan is able to tackle more serious topics in the same light manner that many people may expect from him. According to Regan, his new special includes topics such as Kim Jong Un and the Israeli-Palestinian conflict, as well as plenty more lighthearted topics.

“I don’t like to be a one-trick pony,” Regan said. “I want to be able to be bold as a performer and that includes changing my topic choices.” 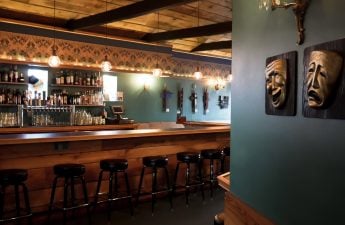 According to Regan, he’s almost constantly performing. It’s over these long stretches of performances that Regan is able to perfect his art. Through the process of trial and error, he has honed the craft of joke-telling to be able to deliver to audiences what he understands to be the best of what his comedic mind has brought to the table. By Regan’s estimate, he’s been doing comedy for 97 years. Through the years he’s been performing standup comedy, he’s come to understand that his comedy routines must constantly be evolving.

“You’re always in the process of creating new stuff, and every joke is in a different state of development,” Regan said. “It’s a process, you know.”

Regan’s process has always been one of trial and error. Regan says that the fun of developing a comedy routine lies in not knowing whether or not a joke in the early stages of development will completely resonate with an audience.

“You’ll have bits that you try, and you go ‘Hey, that’s a pretty solid laugh’ and you work on it, and you see what happens with it,” Regan said. “So, you never know.”

Regan found his passion for comedy when he was in a college speech class, and found that he was able to entertain the entire class with his speeches.

When he noticed his entire class and teacher laughing at his delivery, he was able to identify his knack for comedy.

As he pursued more speaking events during his college years, he began to figure he could turn his comedic ability into a living.

Through further practice in the skill, Regan soon discovered his calling for comedy — and he discovered it was more than just a hobby.

“When I hit on that, it was pretty fun for me, because I was like, ‘Wow, so this is what passion is!’” Regan said. “I knew that whatever this comedy thing was, I was willing to put all kinds of effort into it.”

Regan’s passion for comedy has remained unbounded, and for that, he has become critically acclaimed. It has even taken him to the realm of television. Regan recently debuted his role in Audience Network’s television series titled Loudermilk, created by Dumb and Dumber director Peter Farrelly. Regan plays a supporting role in this dark comedy that focuses on substance abuse.

Regan’s recent involvement in the television industry solidifies the notion that his comedy has remained steadfast over decades of constant evolution and progression.

Very few comedians in history have remained such an unwavering presence in the comedy industry as well as Brian Regan has.

His familiar flavor of comedy is set to entertain people of all ages on Dec. 8 at the Orpheum Theatre. The show will begin at 8 p.m.