Die-hard Demi Lovato fans, otherwise known as “Lovatics,” everywhere will rejoice over her newest album Tell Me You Love Me, but honestly, that isn’t saying much.

Lovato’s new album is exactly what you’d expect from her. The vocals span a wide range, the beats and melodies follow the current pop standards and the lyrics are far from genius. This isn’t to say the album is bad — because it isn’t — it just isn’t anything groundbreaking.

Since her break from Disney, Lovato has been working pretty hard to come off as “hard-core,” and this album makes that pretty clear. But then again, so did her 2015 album, Confident. Many of the songs are clearly about sex and partying which we all know did not fit in with the Camp Rock version of Lovato.

Unfortunately, it seems like Lovato is trying to convey that she is evolving a little as an artist. The album features the song “Lonely” with Lil Wayne who is an interesting choice for her. Not only is he not the kind of artist she usually collaborates with, but he is also the only featured artist on the album. 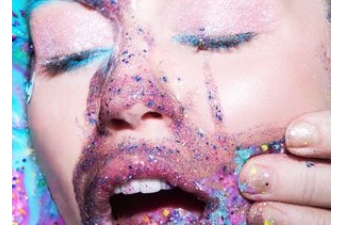 This might mean she is trying to move into the rap genre, but the song doesn’t make it seem like she’ll be successful if that is her goal. It still has the same feel as all of her other songs and the Lil Wayne verse seems very out of nowhere. Overall, the song left me pretty confused and wasn’t that good.

If you’re a fan of the friendship between Lovato and Nick Jonas, you may be interested in the song “Ruin The Friendship.” This song is all about someone that Lovato thinks has “a body that’s looking good tonight” and is worth ruining their friendship over. Nemi (Nick and Demi) fans everywhere are convinced this song is Demi’s confession of love and, of course, that they will be dating within the month.

So this album is basically a carbon copy of her 2015 album with some Lil Wayne thrown into the mix. It’s a good album to throw on when you’re feeling some classic (well, new classic) Demi. Some songs are great party anthems and others are more of a ballad feel. While “Sorry Not Sorry” is clearly the stand out of the album, the other ones are at least worth a listen if you are a Lovato fan.