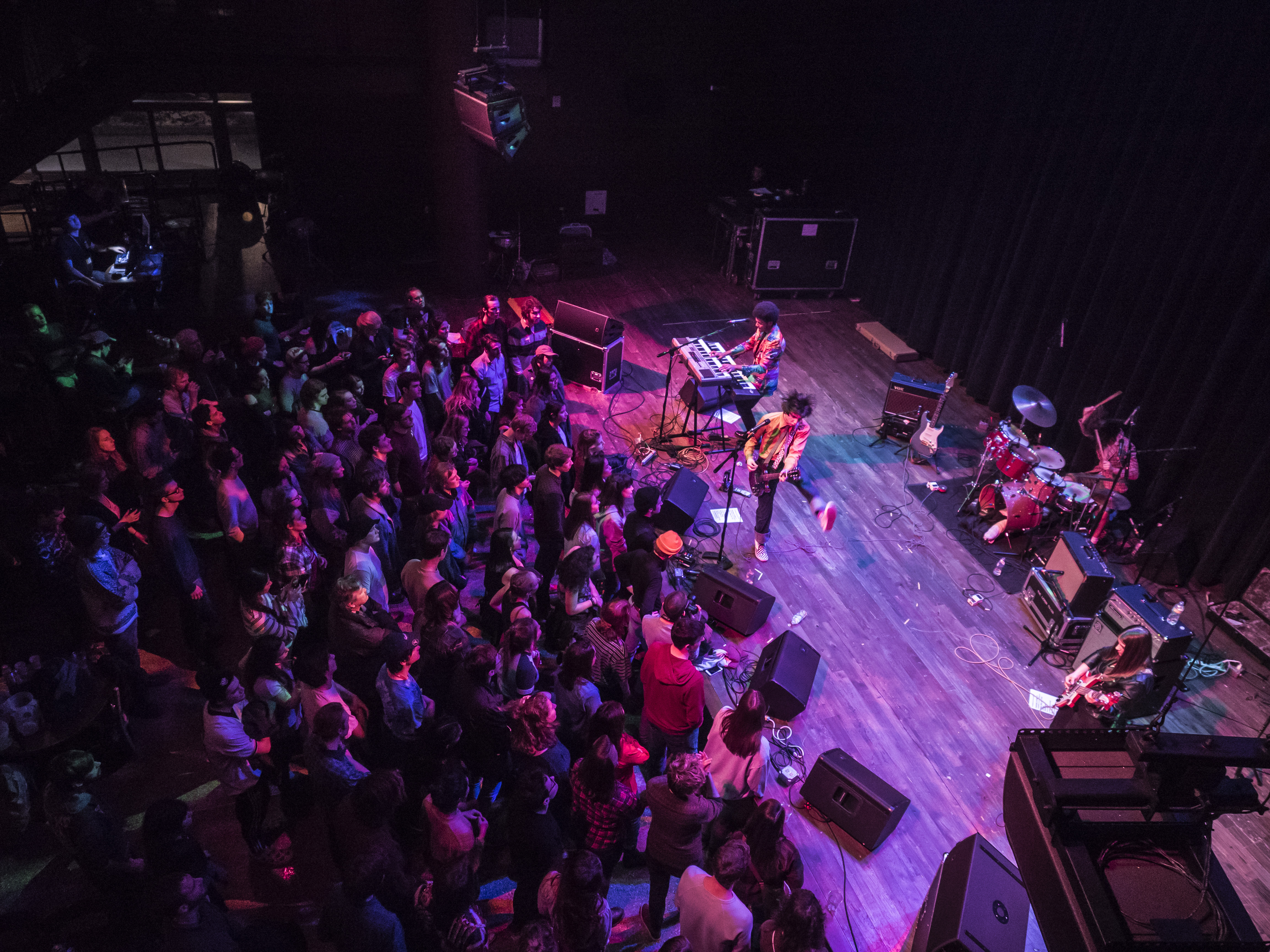 Opa Yeti, from Chicago, opened the show, followed by Savoy Motel, a four-piece rock quartet with an old-school ’70s glamour-rock vibe reminiscent of Fleetwood Mac. They performed bright, funky, experimental pop/rock songs such as “Hot One” and “Souvenir Shop Rock.” The band’s stage presence was solid, and the crowd was largely receptive to the new band.

But the crowd’s mind seemed to be in another place, anticipating what was to be a wild performance from The Lemon Twigs based on glowing reviews from National Public Radio and The Guardian, which described the band as “fabulously weird,” and “a triumph of detailed richness and sumptuous melody” respectively.

Brothers Michael, 17, and Brian, 19, D’Addario lead the Lemon Twigs. They are often compared to Supertramp, The Ramones, Lou Reed and Foxygen, but it would be flawed to label them as unoriginal. Wikipedia lists relevant genres as alternative rock, Baroque pop, power pop, progressive rock, indie rock, glam rock, art rock and Psychedelic rock. They have only one album entitled Do Hollywood.

The band did not disappoint in light of what most anticipated to be a fun and weird show, similar to the high-energy performance by Foxygen at The Sett two years prior.

The first half of the performance started with older brother Brian D’Addario on vocals and guitar, who proved his skill as a guitarist with tasteful solos and beautifully refined tone. The crowd loved him immediately after his first words entering the stage: something along the lines of “Hello, we are the Lemon Twigs and we love you!” He proceeded to attempt a power slide on his knees during the first song.

Abundant and erratic gallivanting around the stage was common during the show, especially during the manic sections of the song “Haroomata.”

It was clear the majority of the energy, only available to those as young as this teenage duo, came from Michael D’Addario, though Brian D’Addario’s contribution was anything but lacking. This made for a slightly more exciting second half.

Michael D’Addario’s excessive acrobatics arguably distracted the audience from the music, emphasizing the equal importance the band places on the performance side of live music.

With the trained ear of a weathered guitarist, Richie Conway, member of the audience and University of Wisconsin graduate, remarked Michael had less of a mastery over his guitar compared to his older brother, suffering slightly in guitar tone. Michael D’Addario’s impressively fast pace and energy in his playing, however, easily masked this observation.

The unique dynamic of a friendly rivalry between the two brothers was apparent throughout the whole show. The brothers took turns playing both guitar and drums, as well as singing lead and backup vocals, with a bounty of gleeful onstage interaction.

The set was a perfect showcase for all The Lemon Twigs have to offer to new fans. Impressive musicality was combined with dynamic songwriting, a high-energy and positive stage presence, emotional lyrics about love and a fresh, old-school sound that markets well to millennials with an ear for alternative, experimental music. Listen to, “I Wanna Prove to You” for a showcase of their revived sound.

With an air of grandeur the band brought their final song to an epic breakdown. Michael saved the best for last, showing off two mind-blowing athletic feats, including a no-arms kick-up while holding his guitar, and then a midair splits on the final note of the song. The Lemon Twigs cannot return to Madison soon enough.