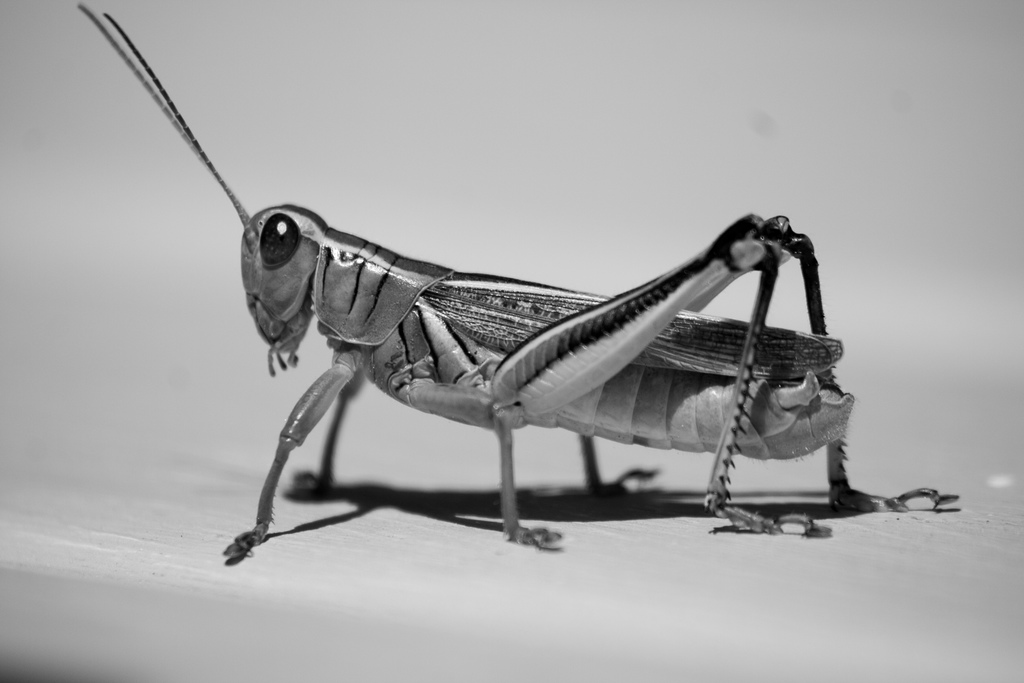 The Badger Herald’s ArtsEtc. section has decided to branch out and try something new. As a section that deals with the arts, it feels fitting to start including original works of creative writing, such as short stories or poetry. This new addition to our section aims to create a space for writers to delve into their creative sides and share their work with the University of Wisconsin community.

The first contributor of hopefully many, is Teymour Tomsyck, with his short story, “Grasshopper.” But first, let’s get to know him a little bit better:

Tomsyck: I’m a senior majoring in philosophy and psychology with an interest in journalism, and am currently the features editor at The Badger Herald. One time I was at a friend’s house, and when no one was looking, I replaced all the framed family photos with pictures of President Eisenhower.

TT: About 90 percent of my writing up until now has been in the form of news articles or academic papers, so I guess I’d describe my writing as having that Hemingway-like quality where almost I try and convey things using the bare minimum amount of words.

TT: I started writing creatively in high school, but I would say that I didn’t really get into it until I started keeping a regular journal and pen pal. Neither one of those things is usually an avenue of creative writing, but I think they should be. When someone sits down to remember the day’s events, those memories are already fading and resculpting themselves before pen even hits paper, so why not take a few creative liberties? This way I can capture the feelings from different times in my life instead of hopelessly chasing after a perfect recall.

TT: It depends on the kind of story. “Grasshopper” was inspired by reading about a toy that lets you remote-control cockroaches, and I just had the thought, “Wow, that must really traumatize the bugs.” I don’t have a patented “Teymour process,” but if I did it would involve a lot of procrastinating.

Here’s a sample of his work:

The lives of household insects are usually dull ones. The termites drone on about their holy quest to rid the world of dead wood, the ants probe the home for long-forgotten scraps and the flies chat incessantly about every minor change.

But one night, while most of the insects prepared for their slumber, a fly witnessed something peculiar. The two small humans and a large one had gathered in the kitchen and were staring at a box. Flies being obnoxiously curious things, it flew to the ceiling above to get a better look. Inside there was a grasshopper.

The fly gave a squeal (which sounds like a small click for those who haven’t had the privilege to befriend a fly). He had heard stories of how humans sometimes collected insects for sport and he knew it never went well. Invariably, the captive insect usually wound up either going insane, dying of old age in captivity or being shipped off to preschool for show and tell. So it was no wonder the fly had begun to recite the Bugs Prayer when the humans did the unexpected — they let the grasshopper out of the box and onto the cracked tile floor.

For a moment, silence. Then the grasshopper began to move. Grasshoppers are known for their elegance in movement and musicianship, but this grasshopper displayed none of that charm. Instead of flowing steps, the green bug moved with a queer staccato as though every movement were a struggle. Even more concerning to the fly, the grasshopper seemed in no hurry to flee his captors and in fact seemed to be turning around back toward them.

Flying closer, the fly noticed a sort of helmet on the grasshopper. The fly tried to speak with the grasshopper but received no response, noticing a dull glaze in the grasshopper’s eyes. Giving up, he returned to the main hall where other flies liked to gossip. Relaying what he had seen to his companions, the colony of flies quickly dispersed so as to spread the news to all the critters of the house.

In the morning, the insects convened in the corner of the garage, where the spider lived, for an emergency meeting.

“Is pest control coming again?” asked the ancient spider. “No, its worse than that,” replied the flies. “The humans have learned how to control us.”

By this time most of the insects had seen the mind-controlled grasshopper and almost all of them were on the verge of leaving the house entirely, even though in the winter this would almost certainly mean death.

Seeing an opportunity, the old spider silenced all the bugs with the promise that he could prevent the same horrific fate befalling the entire community, with conditions. Having no one else to turn to, the bugs agreed.

The first condition was for the bugs to fly him to the dinner chandelier.

“From here I can bewitch the humans with my intricate webs and they will not think to lay a hand on you,” the spider proclaimed. He began to construct his new home.

For a time, the insects anxiety did not abate and was assuaged only by the growing sinews arching over the once pristine chandelier. When it became clear no more bugs were being brainwashed, the spider reveled in the other insects’ praise.

A month later, the grasshopper drowned while one of the smaller humans was controlling him, but the bugs were glad the monstrosity had ceased to live. By now, the spider had constructed a great webbed cathedral in the heavens of the dining room and no one questioned that he had single-handedly prevented the spread of the human’s cruelty.

More insects than ever found themselves caught in the spider’s grand web, but they accepted it. Much simpler for them to leave the understanding of human cruelty to the spider above them all.