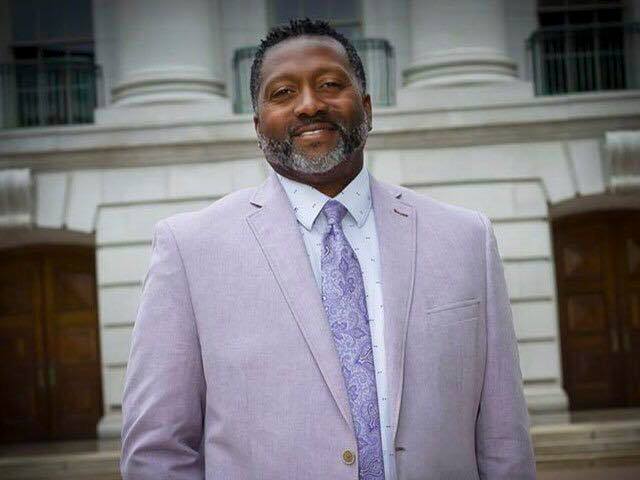 From Sun Prairie’s 103.5 The Sun, Connor is showing the surrounding communities what nostalgia, good hip-hop and real personality sound like. The Badger Herald sat down with him to discuss the birth of this radio station and how it is altering the airwaves in Dane County.

The Badger Herald:  Your radio station, “The Boombox,” started essentially from a Facebook post, is that right?

Derrell Connor: Well, it initially started from a conversation that I was having with my program director at iHeartMedia. As a result of that, I just put out a post on Facebook asking if there was a desire for a classic hip-hop station or a station that played classic hip-hop at least part of the time. I was happy to see that there is a real, raw desire for that. The response that I got was overwhelming. We’re starting “The Boombox” Nov. 2.

BH: How are you trying to maintain authenticity at your station?

DC: When you look at Apple Music, Spotify or others, they do this already. You can already go there and get hip-hop records. The thing that I wanted to do is first of all, give it a local feel. It’s an opportunity to support some local artists and things that go on in the community.  The biggest thing in terms of authenticity is we’re going to be playing music from the ’70s, ’80s, ’90s and the early 2000s. We want to build a massive playlist where we’re playing stuff you don’t always hear on these other streaming sites.

When you hear Tupac on satellite radio or Pandora, you’re hearing basically the hits. We want to play some Tupac songs you don’t hear. We want to play a lot of different classic hip-hop artists like Eric B and Rakim, Big Daddy Kane and Grandmaster Flash — the guys and ladies who built the foundation for hip-hop.

BH: How have you worked from getting this idea to a radio show in just a few weeks from now? How have you planned and prepared for the new station?

DC: First of all, it was a matter of having these opportunities in front of me and deciding whether or not to take advantage of it, or if it was something I pass on to someone else. I decided that I think we can do this and the greater Madison community wants us to do this. The next step was getting with some of the local hip-hop artists who are promoting local hip-hop and who enjoy classic hip-hop on a regular basis.

Once I got that, I went back to those entities who wanted to do this and said, “I’m in.” It just became a matter of continuing to get together with people and determining how we were going to structure this. We had to come up with a name. My girlfriend came up with the name boombox just out of the blue after I was struggling. I said, “You know what, that’s perfect.” There’s still a lot of work to do. I’m excited to get started.

BH: What kind of challenges do you face, like censorship or FCC regulation. How are you going to work around those issues, especially given the nature of some hip-hop music?

DC: We’re going to have to play clean versions of stuff. One of our DJs has been putting together radio edits of songs the past couple of years. We’ll use some of that and some edits that already exist. Once the online stream comes up in summer 2017, we’ll be able to play basically anything we want in its original version.

BH:  Where would you like to take “The Boombox” in the future?

DC: We would like to be able to partner with folks in town and do shows, different parties or events. I know that over the years, it’s been tough in the Madison community when it comes to hip-hop. There have been issues with clubs and events in the past within the hip-hop realm. One of the things I hope we can do by playing music within classic hip-hop format is that we can bring in a wide range of people.

For most people my age — I’m in my mid-40s — when they went to college, this was the music that they listened to, regardless of color. I think for that generation it’d be great because they will get to hear the music they listened to. This is an opportunity to reach a wide range of people. There’s a real opportunity there, and hopefully it grows to allow us to bring some of these classic hip-hop artists in town to perform. That would be great, too. People want to hear this stuff.