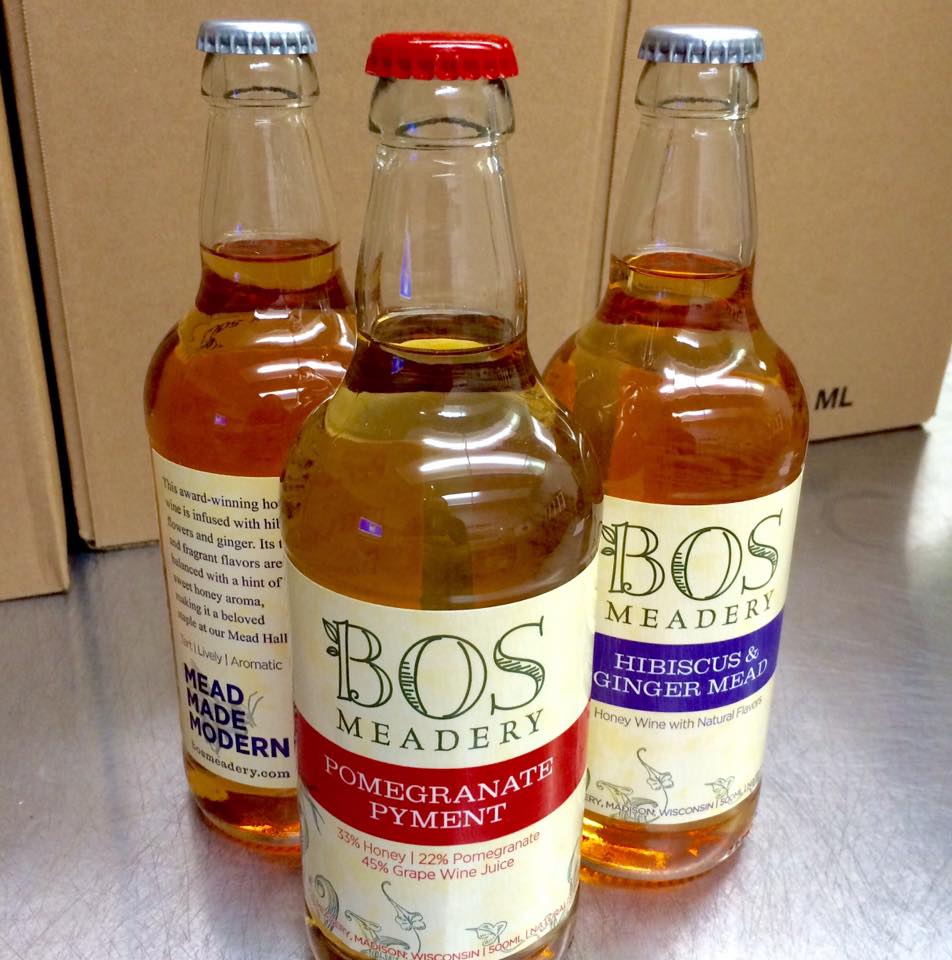 Several weeks ago, flush-faced Madisonians gathered in an East Washington Avenue tasting room to admire the work of 13 female artists, while sipping one of the world’s oldest fermented beverages — mead.

While this ambiguous drink may conjure up images of vikings and wizards — Albus Dumbledore did enjoy the oak-matured variety — Bos Meadery has been brewing for modern tastes since 2012. 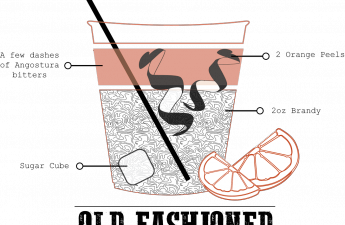 What’s on tap: Who says an old fashioned has to be for old men?Beer may flow freely through industrial tubes and keg pumps on Wisconsin game days, but after the battle is won Read…

Mead at its most basic is fermented honey, a crop that was widely available to early hunter-gatherer societies. In fact, the earliest archaeological evidence for mead dates back to 3000 BCE in places diverse as Africa, China and Greece. The alcohol content ranges from eight to 20 percent ABV, with the taste generally appealing to cider, beer or wine drinkers.

Bos Meadery co-founder Colleen Bos became enamored with the ancient beverage as an avid home brewer, concocting a dry version for herself while struggling to find any to purchase elsewhere. Perhaps it was a match made in heaven — Bos boasts two masters in medieval history, citing a dedication to those “on the margin of culture” as inspiration for her degrees, and by extension, mead.

“I already had an appreciation for the history and the romance story of mead as the world’s oldest fermented beverage,” Bos said.

From Queen Bees to brunches

Today, mead (or “honey wine”) is widely popular in Eastern Europe and Ethiopia. But Wisconsin may be an even more ideal home for this well-traveled beverage. Bos cited the wine concept terroir — which describes the relationship between where the grape is grown and the flavor of the wine — as similarly applicable to mead.

“Most honey is wildflower honey, which means we don’t know where the bees went. They just went and pollinated everything, and obviously there’s very different kinds of plants in Wisconsin versus California,” Bos said. “There’s a really pronounced difference that comes from the landscape.”

Though Bos described the locally-sourced Badger state honey as relatively light and less spicy, it’s not nearly the only contributing factor to the flavor palate. The meadery produces a wide variety of the product for different tastes, ranging between a malty concoction with buckwheat honey to an effervescent pomegranate mead recommended for brunch.

And honey is not the only Wisconsin product in the limelight. Door County cherries have made an appearance, and Bos teased a velvety, winter mead combining vanilla bean with Roots Chocolate.

Complex flavors are not the only way Bos Meadery is innovating the mead industry. Co-founder Peter DeVault dabbled in yeast microbiology to create a better, faster product.

While the fermentation process had previously taken six months to a year, DeVault lowered the timeline to six to eight weeks without sacrificing quality. Though the process is labor intensive — the honey must be slowly and continually added — it allows for healthier, happier yeast and equally happy drinkers later.

Evidence of mead consumption can be found on every continent, but it’s certainly making a contemporary comeback right next to campus. It can be found at various restaurants, liquor stores and of course in the Bos Meadery tasting room if PBR just isn’t making the cut.

“People, in Madison in particular, get into the idea of farm-to-table eating and I think this is very much field-to-glass drinking,” Bos said. “You’re getting very much the local culture and the local flavor.”

Outside: Thick copper color, similar to scotch or bourbon, served in a goblet.

Inside: Brewed to be still and semi-sweet.

Taste: Offers a strong, rich honey aroma and flavor. Ultimately, the mead succeeds in balancing these sweet undertones with an earthy wallop seemingly straight from the hive.

Mood: Don’t be surprised to find a bottle mysteriously sitting on a swing in the middle of a northern Wisconsin meadow.