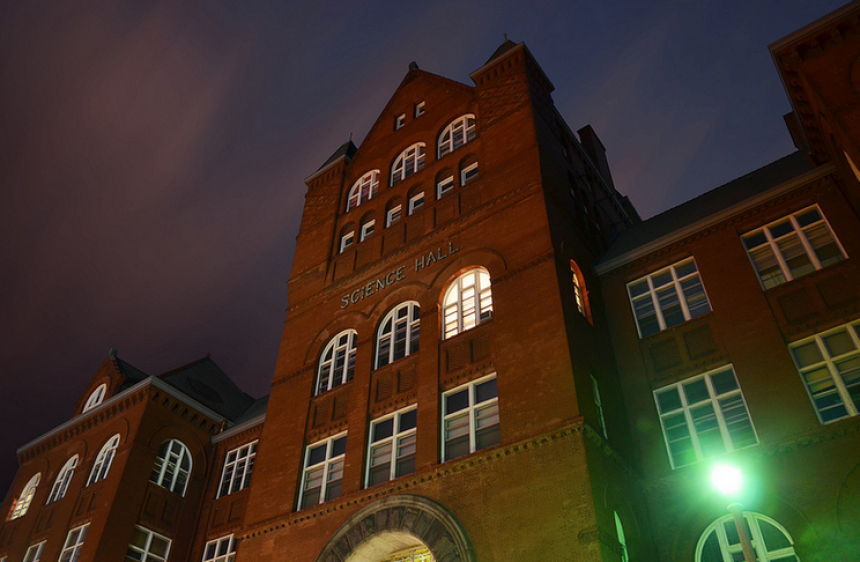 Paranormal experts understand 3 a.m. is an important time for the dead. It is the hinge upon which the gate to paranormal activity swings open the widest, the time during which the line between the deceased and the living is the thinnest, the current that causes your hair to stand on its very end. 3 a.m. is dead time.

But 3 a.m. is also only a supernatural speedway; the roads between the living and the dead, according to Troy Hartman, the lead investigator from the Southern Wisconsin Paranormal Research Group, are always open.

“It’s a common idea that [3 a.m. is] a peak time for paranormal activity,” said Hartman, who has five years of experience with the research group. “We always say that if it’s haunted at night, it’s haunted during the day.”

And contrary to Hollywood’s depiction of “haunted houses,” areas of hauntings aren’t limited to bedraggled Victorian mansions or barren graveyards; locations on the University of Wisconsin campus play host to a number of spirits whose lives had impact — or ended — on these specific destinations.

It was 1939, the year the Wisconsin Union Theater, the brainchild of then UW president Charles R. Van Hise, would open to the public. The theater, finally brought to fruition through the financial savvy of Porter Butts, the first director of the Wisconsin Union, would serve as a beacon of culture, sporting only the best in acoustics and featuring acts from international, national and local levels.

This was also the year when an unknown construction worker died while on the job. Twenty-one years later on March 12, 1950, an unexpected crash from the percussion section of the visiting Minneapolis Symphony marked the death of the orchestra’s timpanist — and the second ghost that would call the Wisconsin Union Theater its eternal stomping grounds.

Although the details of both deaths remain unclear to this day, and rumors about lights in the soundbooth turning on by themselves are unconfirmed, according to former Wisconsin Union Directorate Theater Committee Director Courtney Byelich, a sense of eeriness still lingers within the theater.

“In my 4 1/2 years at the theater, I’ve never witnessed an actual ghost, or anything too overtly creepy,” Byelich said in an e-mail. “But you definitely get an overall sense of a presence in the house, especially when you’re alone there at night.”

“I hope our paths will cross again.”

Upon departing from colleagues, Helen Constance White, a novelist and one of the university’s most lauded English professors, was often noted for saying, “I hope our paths will cross again.” This wish has become reality.

Over 40 years after her passing, White’s specter is still seen lingering in the stacks of Memorial Library, reports George Eberhart, a chronicler of library ghosts throughout the U.S. and the world.

According to a brief catalog of library ghosts by Katie Buller Kintner, a former shelver at Memorial Library, a mysterious whispering of this name was heard during one of Kintner’s shifts at the library over Christmas break. Upon checking the alumni records, Kintner and her colleagues found no such name registered, and it is believed that Brown may have been one of the library’s former cataloging assistants whose pictures hang upon the walls.

Its towering architecture and blood-red exterior make Science Hall one of the most aesthetically intimidating buildings on the UW campus. But its history — and the hauntings which have grown out of this past — have made this building more menacing than any other.

Until 1956, Science Hall, now home to the geography department, also played host to the anatomy department — and the scores of cadavers and skeletons used in the school’s lessons and dissections. According to the Wisconsin Alumni Association, most of these body parts were kept free from the sight of the squeamish, however, and the cadavers were stored in Science Hall’s attic. Unfortunately, when the department switched locations, body parts were forgotten and were still being discovered until 1974, naturally leading to rumors of the building’s ghostly inhabitants.

Several incidences of paranormal activity, including several sightings of beakers falling from shelves at random, have been reported by WIX, a database covering various haunted locations in Wisconsin. Still, no face or name can be given to the spirits that haunt Science Hall.

Several theories have been circulating about why exactly spirits would choose certain locales to haunt. According to Hartman, a traumatic death — such as the two deaths in the Wisconsin Union Theater — can lead spirits to linger in the place of their passing. Hartman also said that the materials of buildings such as running water or granite can trap drifting spirits.

Aside from actual spirits, buildings may also be imprinted. Also called “residual energy hauntings,” imprints are the products of violent events, according to ghost website Hollow Hill, or natural forces.

“Some people think weather conditions may imprint,” Hartman said. These theories, though, are not put into practice at SWPRG, which relies on technology to investigate rumors of hauntings.

Fear not the shadows

But a wariness of the unknown on campus is unnecessary.

First of all, genuine haunting, at least in the city of Madison, is rare. According to the website for SWPRG, this group has only investigated one location, The Bar Next Door on East Olin Avenue, since 2004. The idea that these campus locations are haunted is highly suspect.

“I’m often in [Science Hall] in the middle of the night, and I haven’t seen anything,” stated Paul Gunther, building manager of Science Hall, although he admitted the question about the hauntings is a common one.

Also, students need not fear because, if these buildings are indeed haunted, it’s unlikely the spirits will cause any harm.

Hollywood’s desire to “sell more tickets,” said Hartman, is the main reason behind the public’s demonizing perception of ghosts, but this is rarely the type of spirit encountered in typical hauntings.

Yet at 3 a.m. — three hours after Wisconsin Union Theater closes its doors — a solitary light still casts an eerie glow, emanating the darkness of the theater, welcoming the two ghosts who have loitered in the theater as everlasting spectators. Nearby at Memorial Library, the words of Helen C. White and Sally Brown ring clearest. And perhaps even a beaker crashes off the shelf at Science Hall.