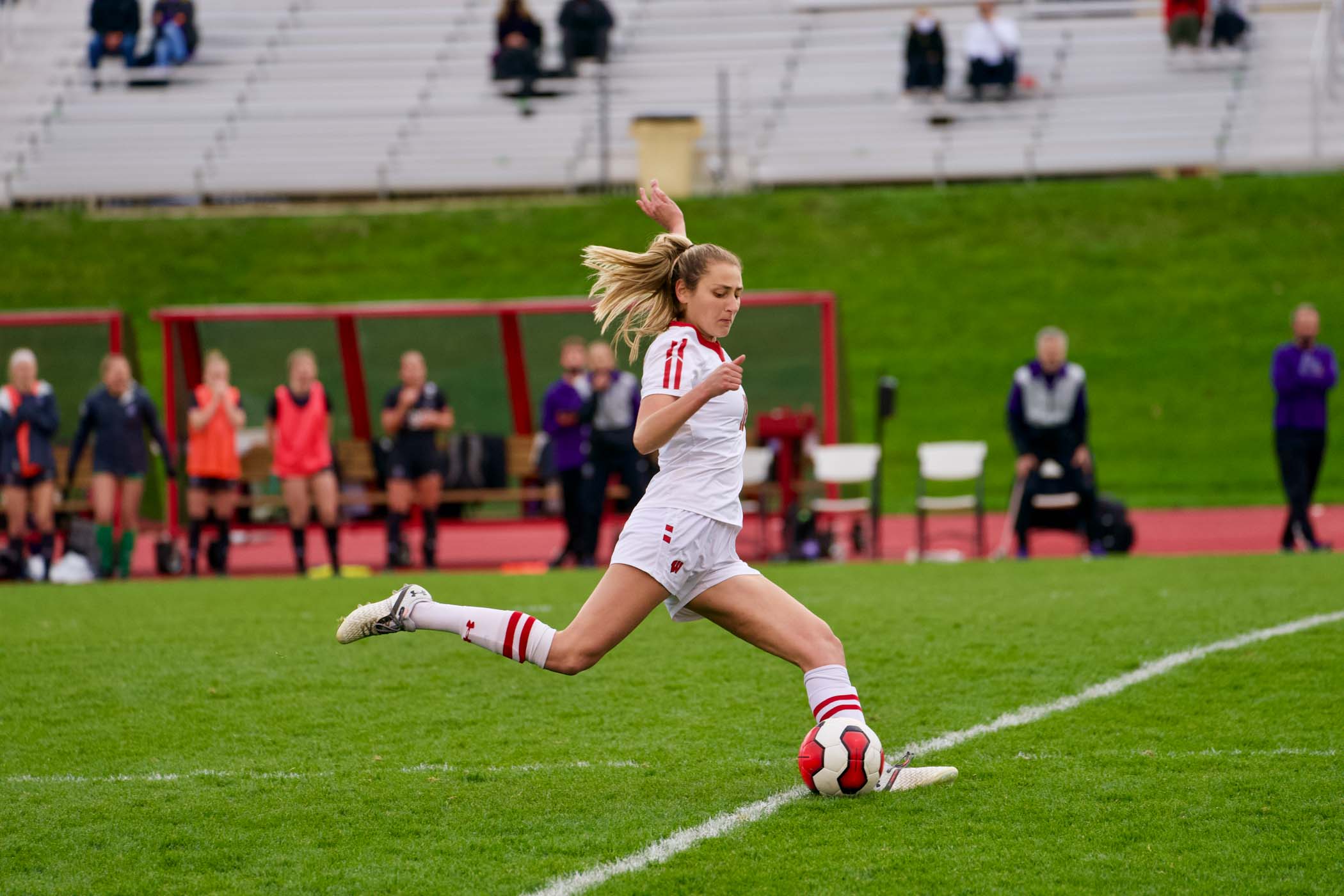 The University of Wisconsin women’s soccer team continued their undefeated streak with a win over Minnesota on Sunday.

The Badger women are off to yet another season of Big Ten dominance. With a strong 5–0 record in conference play, the team is seated firmly on top of the conference table. The undefeated season continued with a 2-1 win over rival Minnesota.

The first half of Sunday’s match began with all eyes on Badger goalkeeper, Erin McKinney. During the first 45 minutes of play, McKinney made five massive saves to stop the Golden Gophers’ advances.

Offensively, the match started very slow for the Badgers. Natalie Viggiano of Wisconsin took the only shot of the half in the 40th minute of the match but was unable to find the back of the net. The half ended with a 0-0 scoreline.

The second half of play was a different story.

Minnesota struck first. The Gophers’ Amelia Brown was able to head the ball through traffic off of a corner kick in the 50th minute. Moments later, Minnesota would pick up their first of three yellow cards of the match. Wisconsin would finish the match without any cautions on the book.

A Gopher lead would not discourage the Badger side. Emma Jaskaniec would find the net in the 82nd minute. The senior managed to get her foot on the ball as she fell, putting it straight to the back of the net.

Moments later, Badger forward Rylee Howard was able to sneak the ball past the Gophers backline to Aryssa Mahrt. Mahrt was able to capitalize on a one-on-one with Minnesota keeper Megan Plaschko and score in the 87th minute.

The final three minutes went without drama, giving the Badgers a 2-1 victory over the Golden Gophers.

The women started Big Ten play with a dominant 3-1 win in Iowa City against the Hawkeyes. The squad then continued on to Purdue, where they topped the Boilermakers 5-2. Now, Wisconsin is on a three game home streak, with wins against Indiana, Maryland and Minnesota in front of the Colony supporters.

Next up for the Badgers is a road trip to Evanston, Illinois, where they will take on the Northwestern Wildcats. Northwestern is only two points behind the Badgers in the Big Ten standings. With three points on the line, the match will be intense. The Wildcats will be looking to topple Wisconsin while the visiting Badgers look to keep their win streak going.

Michigan State remains a threat as well, holding 13 points in the table and currently sitting at third. Though Wisconsin will not face the Spartans in regular season play, the team is one to watch as the Big Ten tournament begins late this month.