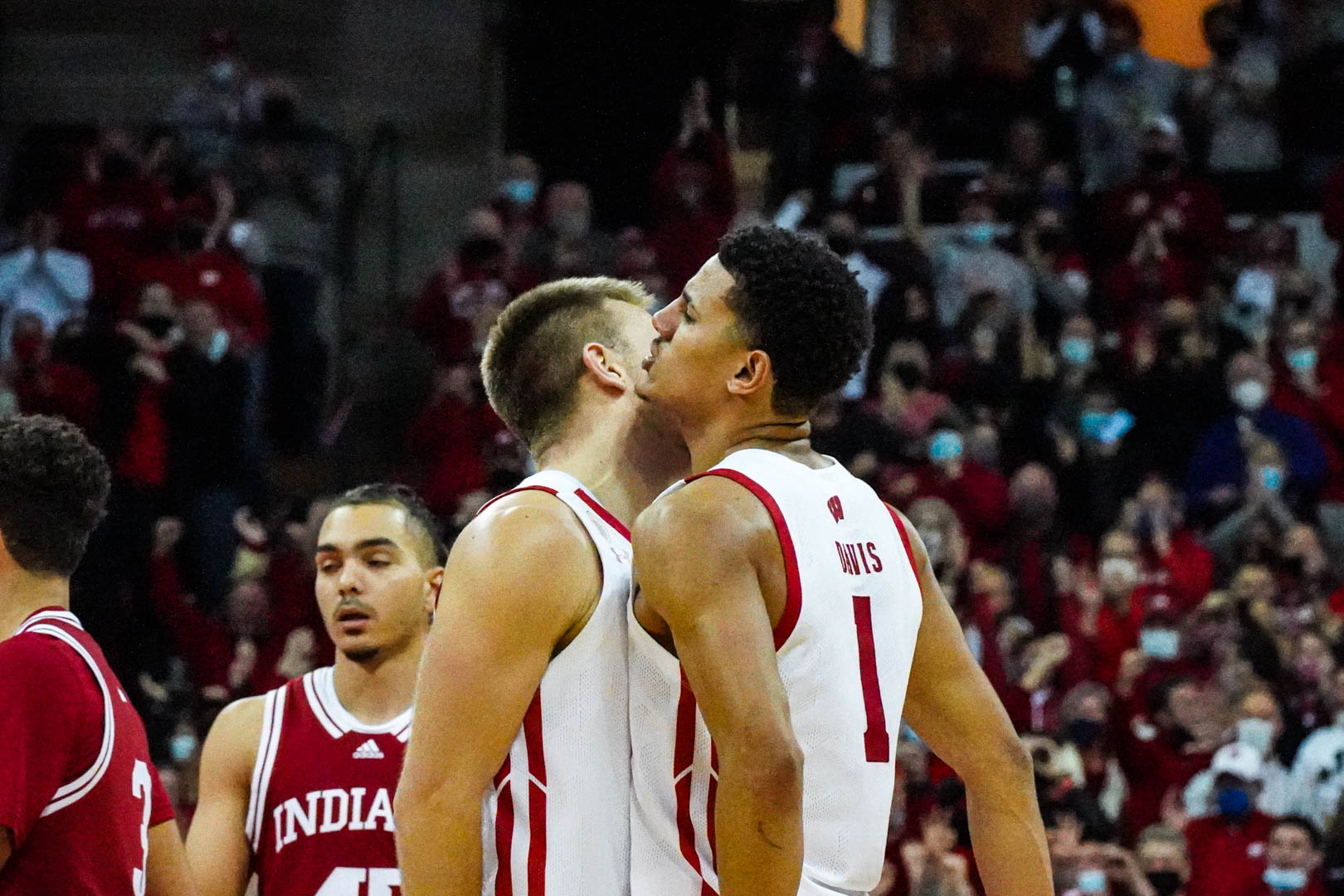 Following the thrilling Badger victory against Purdue, Brad Davison amusingly tried to convince Athletic Director Chris McIntosh to grant him a sixth year of eligibility. Despite his best efforts, Davison is now an alumnus. Wisconsin fans will be forced to watch Badger basketball without the King of Charges and the ultimate team motivator. As a consistent five-year player, Davison’s impact is not as obvious as typical starters’. In addition to his tremendous on-court abilities, his influence is more profound in the locker room as a teacher and a leader.

The Badgers also lost perhaps the most electric and talented player the team has had in decades — Johnny Davis. A projected lottery pick, it was obvious that when Davis ripped his jersey off following the heartbreaking loss to Iowa State, he would no longer be a Badger. In one of the greatest year-to-year improvements in recent memory, Johnny Davis was the Big Ten Player of the Year and a Naismith candidate.

Wisconsin basketball has always been a consistent force in the Big Ten. Year in and year out, they almost always finish in the Top Five in the Big Ten, are respectable throughout the regular season, and fare well in the postseason. But Davis transcended the reputation and attractiveness of this team beyond the normal star. Davis single-handedly changed the desirability to watch Badger basketball. On a consistent basis, there would be high-flying alley-oops, one-handed slam dunks and a team that would play consistently in transition. That is almost unheard of for Badger basketball.

In the 2021-22 season, Davison averaged 14.1 points, 4.0 rebounds and 2.1 assists per game while Davis averaged 19.7 PPG, 8.2 REB and 2.1 assists. The duo’s defensive importance cannot be underestimated either. From a team that was projected to finish 10th in the Big Ten and finished with a share of the Big Ten regular season title, their impact on this team will never be forgotten.

It’s hard to imagine what Wisconsin would have looked like this year without this duo. Who would have made the big shots? Who would be their shooters? Who would lead the team?

With this in mind, it’s time to close the chapter of this season and turn the page. Let’s look at some of the emerging stars for next year’s team.

Wahl blossomed into an extremely productive and consistent force for Wisconsin this season. Averaging 11.4 PPG and 5.9 REB, he continued to progress throughout the year. With offensive footwork and post-play similar to former Badger Ethan Happ, he will be the Badger’s projected leading scorer. For Wahl to become a dominant force, however, he will need to improve his 3-point shooting. Wahl was dismal from the 3-point line this season, shooting a bleak 16.2 percent. The rising senior will carry a lot of responsibility next season, and the Badger hopeful will be awaiting Wahl’s stardom.

If there was ever a question about Hepburn’s importance, it became quickly apparent in Wisconsin’s loss to Iowa State. When Hepburn tumbled to the floor holding his left ankle with 4:37 left in the first half, Wisconsin was leading 22–17. Iowa State outscored UW by 10 points the rest of the game, and many basketball analysts attribute that to Hepburn’s absence.

Overall, Chucky’s freshman year stats do not light up a box score (7.9 PPG, 2.2 REB, 2.3 AST), but like Brad Davison, his impact is much more evident in between the lines. His primary strength remains his defensive tenacity, and his ability to slow down point guards and disrupt opponents’ offensive flows. But next year, however, Chucky will play a much bigger offensive role and can compound upon his 3-point success (34.9 3P%).

Remember that shooting void that we talked about earlier? Well, Connor Essegian may be UW’s answer. As a high school junior playing for Central Noble, a small high school in Indiana, Essegian averaged 24.0 points, 6.6 rebounds and 2.3 steals. Even better, he averaged 41 percent on his 3-point attempts.

His high school noted, “The last two years and going into this year, he drives it. He can score in multiple ways. He’s sneaky athletic. But he’s probably the best shooter in the state. Not just a catch and shoot guy. He can shoot it coming off screens off the move.”

If Essegian can develop into a reliable sharpshooter, he will be a game-changer for a rebuilding team in need of scorers.

Keep in mind the transfer portal plays a much larger role in today’s game than previous years. If Greg Gard can find players that will fill UW’s weaknesses such as another big man and scorer, UW can definitely compete in the Big Ten. After all, it was only one year ago when the Badgers were picked to finish No. 10 in the Big Ten. Remember when Johnny Davis only averaged 7.0 PPG in his freshman year? The Badgers’ next star may take their next step in the coming season.