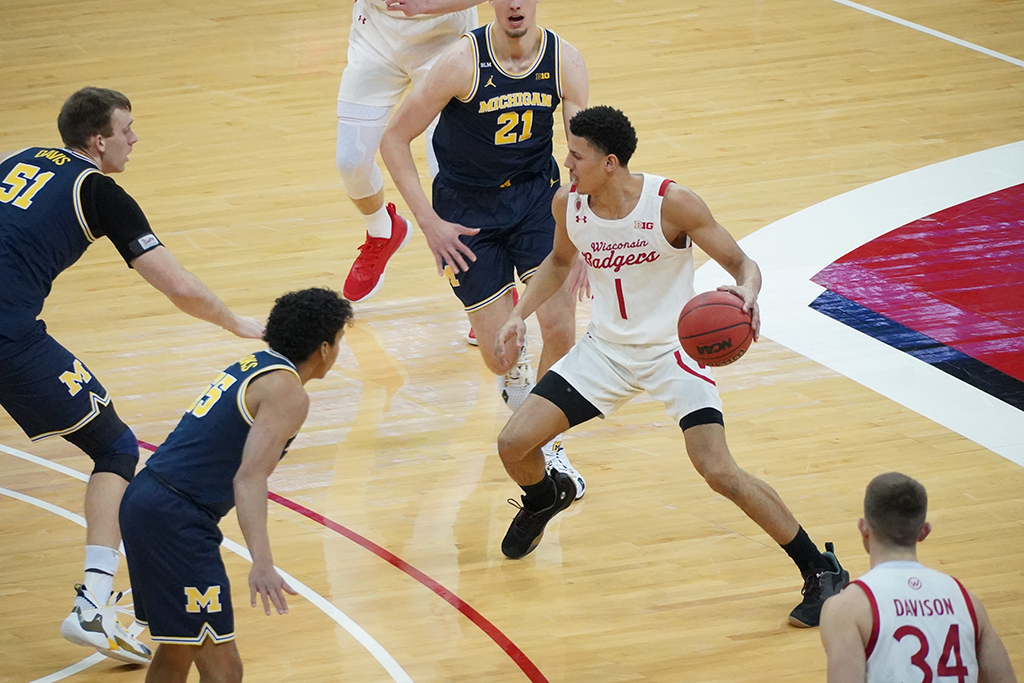 As the 2021-2022 college basketball season awaits, sophomore guard Johnny Davis is expected to take a considerably increased role in the Badgers’ offense after making an impact as a freshman off the bench.

Davis was recruited to Wisconsin with his twin brother, Jordan Davis, in 2019 after going to three consecutive state championships together. Listed as a shooting guard, Davis was a three-star recruit and the third highest recruit overall within the state of Wisconsin. During his senior season campaign, he was able to put together a very impressive average stat line of 27.2 points, 13.3 rebounds and seven assists per game.

His explosiveness attacking the rim and athletic ability landed Davis playing time off the bench during his freshman season. The Badgers backcourt last season was filled with experienced college veterans including D’Mitrik Trice, Brad Davison and Aleem Ford. Regardless of the three experienced seniors ahead of him, Davis played 24 minutes per game while averaging seven points and four rebounds per game while appearing in 31 of the Badgers contests.

Davis stood out during the Badgers game vs Penn State as he had 17 points while going a perfect 4-4 from three-point land, an effort that would essentially win the game. 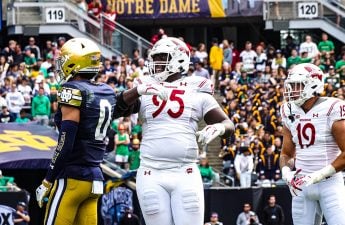 He impressed in multiple facets of his game as he shot 39% from three while also clearly establishing his ability to slash through the lane past defenders and finishing. Part of what makes Davis so special is his frame, as he is 6 foot 5 and 194 lbs and extremely athletic which allowed him to be a one of the Big Ten premiere defenders last season.

Following his freshman season in Madison, Davis was invited to play with the U.S.A. U19 team to compete in the FIBA World Cup Tournament. While playing time was very scattered throughout the U.S.A. roster, they were able to win the gold medal, while also allowing Davis to practice and play with the best players his age from all over the country.

With only Davison returning for the 2021-2022 season, Davis is expected to be placed into the starting lineup beside Brad Davison as the starting shooting guard. Debatably the most gifted scorer on the roster coming into this season, Davis has the ability to be a breakout player in the Big Ten Conference this season. Greg Gard will be looking at Davis to produce on both the offensive and defensive side of the ball as a primary ball handler along with Davison. 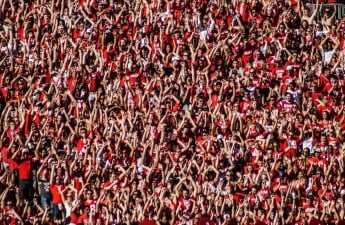 Wisconsin sports traditions, rankedThe University of Wisconsin has one of the most dominant athletic programs in America. They have top-ranked teams scattered throughout Read…

As the primary wing for the Badgers, Davis will be looked to stretch the floor with his shooting, crash the hoop with his elite slashing ability and guard the primary or secondary scoring guard on the opposing team. The Badgers face an uphill battle this season to compete for the Big Ten Championship, and if they want to make a run, it will start with the stud sophomore wing. Davis offseason progress and development will be make or break for Gard and the Badgers.

With graduating seniors of Trice, Ford, Micah Potter and Nate Reuvers, the young Badgers roster will be looking for a new identity and a new face to carry the torch of elite Wisconsin players of past, and Davis could be just that guy for Gard.