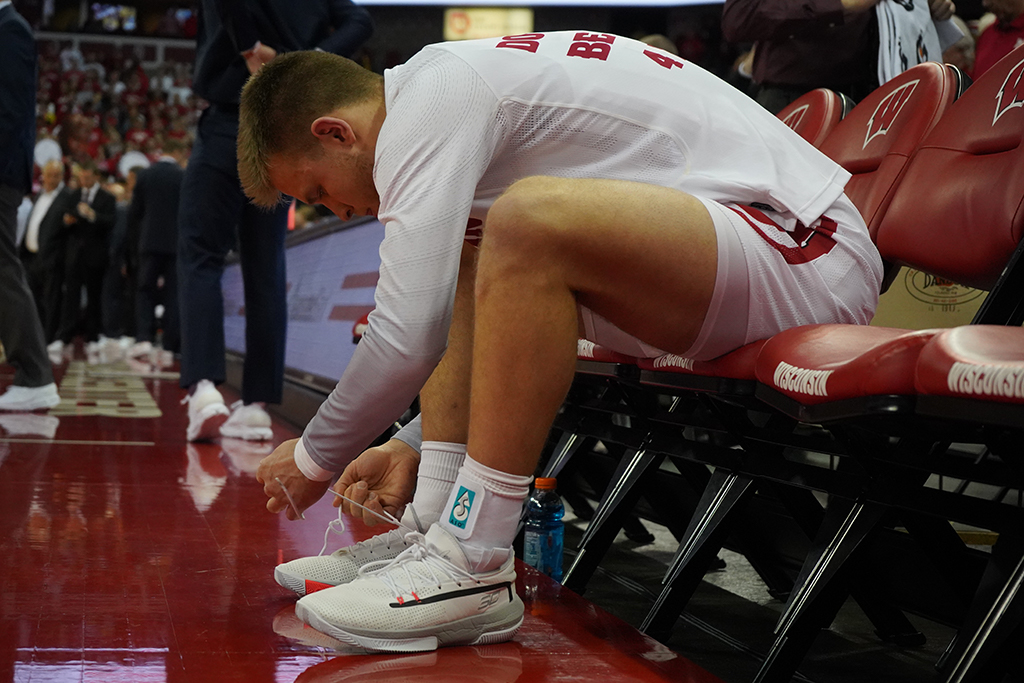 Following a frustrating Jan. 27 loss to Iowa on the road, the Badgers were slammed with more bad news just two days later when redshirt sophomore guard Kobe King announced he was leaving the team.

At the time, the move seemed detrimental to the Badgers. Wisconsin was reeling after losing back-to-back games, falling to 12-9 and only 5-5 in the Big Ten. With King gone — the team’s second-highest leading scorer at that time — some questioned whether the Badgers had enough weapons to make the NCAA tournament or even finish the regular season in a strong fashion.

The Badgers have answered the critics by winning four of their last five games, including victories against Michigan State and The Ohio State University, both of which are top-ranked teams both in the conference and nationally. Although the team misses King’s presence, the Badgers are getting contributions from a multitude of players to fill the void. 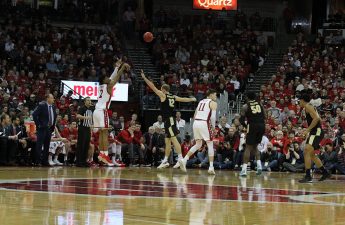 One of the players that has stepped up in the wake of King’s departure is redshirt junior forward Aleem Ford. Despite battling midseason struggles in which he failed to record double-digit scoring in eight consecutive games from Jan. 3 to Jan. 27, Ford stepped up following King’s decision to transfer.

As a 6-foot-8-inch stretch forward, Ford has always shown flashes of being a marquee player for Wisconsin. As a freshman, Wisconsin fans were able to see Ford’s potential as the junior from Lawrenceville, Georgia appeared in 33 games and made 20 starts. While Ford has shown glimpses of solid play, he is finally starting to put it all together.

In the five games prior to the win over Rutgers Sunday, Ford finished with double-digit points four times. He gives Wisconsin a tremendous inside-out presence, hitting 12 threes in those five games. Ford has been much more aggressive, averaging 11.2 points per game during the stretch.

In Wisconsin’s win Tuesday against Purdue, Ford played his best game of the year. He exploded out of the gates — scoring 14 first-half points on four 3-pointers. Ford finished with a season-high 19 points, giving the Badgers a much needed offensive spark. 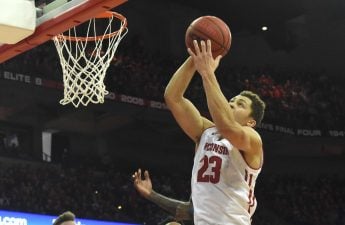 Along with Ford, the Badgers have gotten contributions from a wide variety of players in their rotation. What has made Wisconsin so successful over the past couple of weeks has been that different players have stepped up in different games — effectively making it quite difficult for opposing defenses to concoct a comprehensive scheme.

In their impressive Feb. 9 win against Ohio State, it was the lone senior on the team, Brevin Pritzl, that stepped up for the Badgers. Pritzl came off the bench firing, scoring 19 points with five three-pointers in 33 minutes of action. As a key member off the bench, Pritzl is one of the reasons why Greg Gard has so much faith in their reserves. In an article released Jan. 14, Gard recognized the contributions of his second unit.

“In order to have a good team, you’ve got to hopefully have contributions coming from many areas,” Gard told the Wisconsin State Journal. “This group is starting to understand what everybody’s role is and embrace that.”

Another key contribution from the Badgers’ bench in the absence of King is the junior transfer from Ohio State, Micah Potter. Coming off the bench, Potter has been one of the NCAA’s most efficient players. Potter ranks No. 14 nationally, with a player efficiency per minute rating of 0.14. This mark remains higher than Wooden Award candidate Daniel Oturu and multiple other top players in the nation. 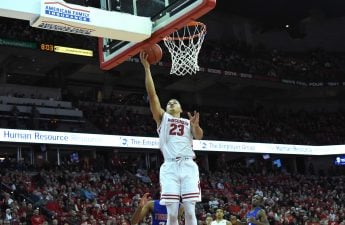 In the backcourt since King left, juniors Brad Davison and D’Mitrik Trice have stepped up as well. Trice now acts as a stoic presence — offering consistent production stability, good decision making and, ultimately, stability to the Badgers. In the five games prior to the matchup with Rutgers, Trice averaged a team-best 5.8 assists per game. Trice also avoided mistakes on the offensive end during that same stretch, as he only averaged 1.8 turnovers per game.

Trice’s ball control has made it easier for counterpart Davison to get going offensively. Though Davison had struggled as of late, shooting a dismal 3-for-15 in a three-game stretch against Purdue, Minnesota and Ohio State, he caught fire Saturday against Nebraska. Davison went off for 30 total points and nailed eight threes in the contest.

Davison was also a key factor in the Feb. 18 win against Purdue, scoring 13 points with four crucial free throws to seal the game. Getting Trice and Davison going is another element that makes Wisconsin so dangerous — even without Kobe King. 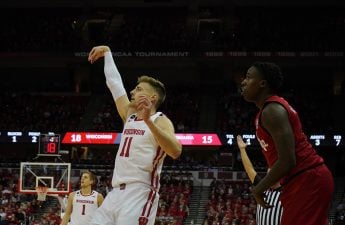 A reason for the Badgers’ success is resilience. Gard has noticed the obstacles that his team has faced and has appreciated their relentlessness.

“The one thing is they’re resilient, they learn and they’re always ready for the next challenge,” Gard said in a Feb. 9 Associated Press article.

Though losing a star like Kobe King is always difficult, the Wisconsin men’s basketball team has  stepped up to the plate — not individually but as a team. By having each player contribute, the Badgers have shown their resilience and toughness, proving that they are going to be a strong candidate for a March Madness bid.