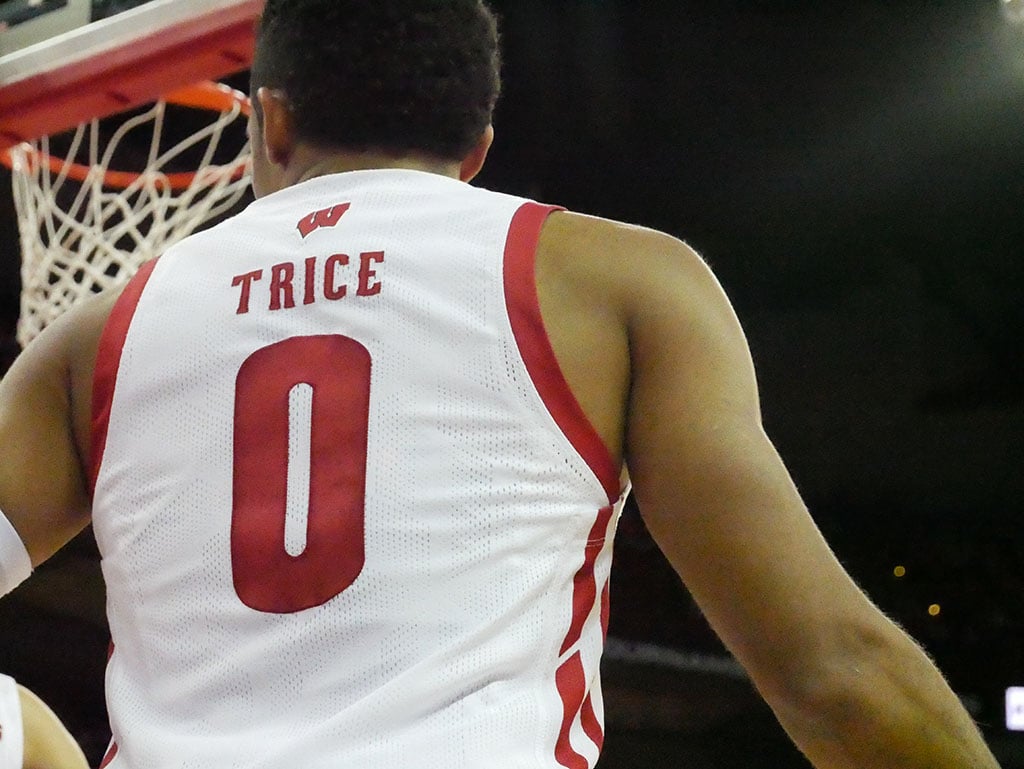 After a season of reliance on Ethan Happ, the University of Wisconsin men’s basketball team needed to fill the production void left by the All-American entering the 2019-20 campaign. Media attention surrounded Nate Reuvers as fans and commentators alike expected him to step up and fill Happ’s prolific playmaking role. Reuvers, despite a strong start to the season, needed help from his teammates — help in the way of lights-out guard play from the Badgers’ point man, D’Mitrik Trice.

Following some early season turmoil and a rocky start to Trice’s season, he has reignited from three and returned to form, posting a career-high 31 points against the Milwaukee Panthers and following it up with a 21-point performance in Wisconsin’s first road win of the year at Tennessee. Trice is a rhythmic shooter and can get hot after he sees the ball in the net. After averaging under ten points per game for the first ten contests, Trice caught fire from deep against the Panthers. 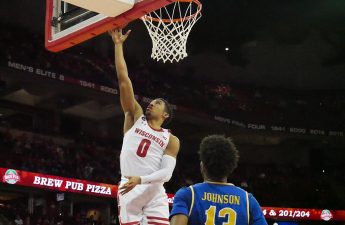 The departure of Ethan Happ has changed the offensive approach for Wisconsin this season, as Greg Gard’s squad returns to the program’s famous swing offense without a back-to-the-basket threat. This change has meant more defensive pressure on Badger guards, as defenses attempt to stop both Trice and Brad Davison.

Badger Head Coach Greg Gard emphasized that he would not bench his point man, suggesting after the Tennessee game that he would stick with Trice through thick and thin.

“The biggest thing when guys go through struggles is you don’t bail out on them … The last thing they need is a coach starting to question how much they should be in the lineup,” said Gard to the Wisconsin State Journal. “We fluctuate minutes, that’s always on gut feel and what I see during the course of a game. But to pull a rug out from somebody, that’s going to do nothing but shatter confidence and that’s what you do not need to be doing as a coach.”

Trice’s teammates rallied behind him through his struggles as well, with fellow guard Brevin Pritzl highlighting the junior’s playmaking ability even when his shot is not falling.

“He was doing the job driving and kicking, and I was the beneficiary of a couple of those kicks,” Pritzl said of the Tennessee game. “When we’re at our best, he doesn’t necessarily need to be our leading scorer every time, but he has to be a guy who’s getting downhill and creating.” 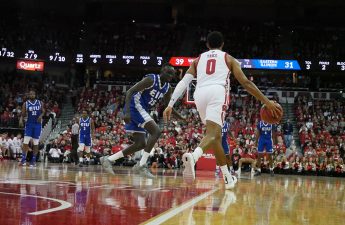 Men’s Basketball: Badgers build momentum, pick up first road win of season in statement win over TennesseeEntering today’s game in Knoxville, Tennessee, the Wisconsin Badgers (7-5, 1-1 Big Ten) were 0-5 in games away from the Read…

The Badgers have flourished when Trice has found his rhythm this season, winning every game in which Trice has finished with more than 12 points. A balanced attack offensively has coupled with the always stingy defense to allow Wisconsin to compete every night on the hardwood. Against No. 5 The Ohio State University Buckeyes, Trice scored only six points but drew greater defensive attention, allowing Kobe King and Reuvers to do damage elsewhere.

Wisconsin (9-5, 2-1 Big Ten) is undefeated at the Kohl Center thus far in the 2019-2020 campaign, posting impressive victories in their non-conference schedule and against Indiana on their home court. Away from Madison, they are 2-5, and 0-3 in neutral site games including the Legends Classic back in November. The strength of Wisconsin’s opponents has undoubtedly played a role in this disparity, but winning on the road is critical to NCAA Tournament aspirations.

The Big Ten is a gauntlet — this year more than ever — and features six nationally-ranked clubs and multiple contenders outside the top 25, that can compete on a nightly basis. As the Badgers gear up for the rest of a brutal conference slate, it is imperative that the leaders in the backcourt — including Trice — continue to find their looks to convert early and often. 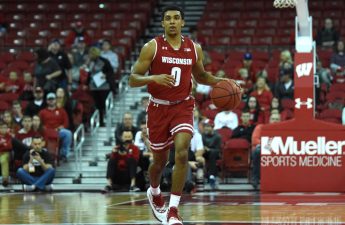 As Gard wraps up his fifth season as head coach of the Badgers, look for the traditions of the Bo Ryan era to reemerge, fueled by team-first play, an emphasis on defensive pressure and the swing offense. Without standout talent down low, ball movement and open looks from three are set to become the best outlet for points.

Trice has plenty of experience with the Wisconsin style of play, and his consistency from the field allows the rest of the team to get advantageous looks, which will prove crucial down the stretch against top-flight competition.