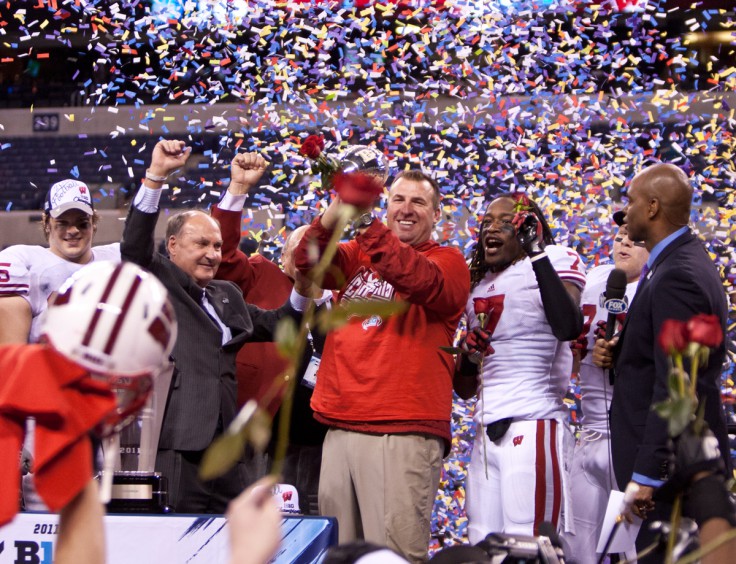 The Badgers will take on the Oregon Ducks in January during the Rose Bowl in front of an expected full audience. Student tickets to the game sold out before all interested fans could secure them for $150.

The Granddaddy of Them All, the principal New Year’s 6 bowl and the Rose Bowl. The historic matchup the Wisconsin Badgers (10-3, 7-2 Big Ten) are about to undertake has many titles. But one thing is for certain — it’s the biggest possible stage in college football outside of a playoff spot.

The Badgers are no strangers to the Rose Bowl, yet there appearances in it have been anything but consistent. After losing their first three appearances in the Rose Bowl in the years between 1953 and 1963, they underwent a streak of domination that few teams would be able to replicate. In just a six year span from 1994 to 2000, the Badgers captured three total Rose Bowl titles, including two titles back to back in 1999 and 2000.

Nothing that sweet lasts forever, and the Badgers returned to their losing ways in the coming decade. Now, after yet another stretch of three consecutive losses in Pasadena, the Badgers will look to capitalize on their latest opportunity to capture a Rose Bowl title against the Oregon Ducks (11-2, 8-1 Pac 12).

Despite Oregon’s reputation for being a fast-paced team that relies on speed over raw strength, this year’s squad shares more in common with the Badgers than one would normally think. Both teams rely on a sturdy offensive line and staunch defenses to both drive offensive production and keep their opponents at bay.

Both teams are giving up an average of almost exactly 16 points per game through 13 games. On top of this, both Oregon and Wisconsin are extremely close in their average points scored per game, as the Badgers average 34.6 points and the Ducks average 35.9. 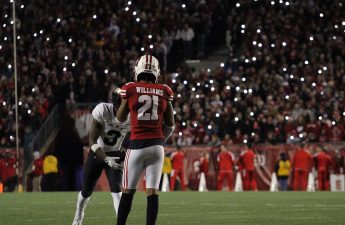 The keys to victory for the Badgers, however, rest in the aspects of the game in which the two teams differ greatly. Perhaps the most important of these aspects is passing offense. Oregon QB Justin Herbert is the lifeblood of the Oregon offense and is having an incredible season. Herbert has amassed over 3300 passing yards and has contributed an astounding 32 touchdowns for the season.

While the Ducks are still putting up an impressive 183 rushing yards per game, they lean more heavily on the pass game than the Badgers who average over 240 yards rushing per game. On top of this, rushing touchdowns account for 23 of the Ducks’ scores this year but 37 of the Badgers’.

Getting pressure on Herbert and forcing him to be uncomfortable in the pocket will be key if the Badgers are to leave Pasadena victorious. Oregon has shown some propensity to allow Herbert to be pressured throughout the season, as they currently give up an average of 1.77 sacks per game. The Badgers’ second level defense has been touch and go this season, and a strong pass rushing performance would go a long way in taking pressure off of the secondary to keep Herbert in check.

On top of putting pressure on Justin Herbert, Jonathan Taylor must have a solid game in order to secure a Badger victory. I would say he has to have a big game, but considering the average solid game for Taylor seems to entail a roughly 200 yard and two to three touchdown effort, he really just needs to match many of his previous performances against top-ranked opponents.

Football: Q&A with The Daily Emerald’s Brady Lim ahead of Rose Bowl matchup with OregonBrady (Oregon) to Harrison (Wisconsin): At their best, the Badgers were beating the brakes off of Michigan and Minnesota. At Read…

There is no doubt the Ducks will provide a strong test for the Badgers that is perhaps only rivaled by their brutal contests against Ohio State University. But, depending on what opinion you hold regarding Utah, the Badgers could very well be the Ducks’ toughest test of the season.

Oregon is a team that doesn’t get enough credit when it comes to its strength in the trenches. With this being the case, the Badgers will have to prove they can still dominate the line and wear down an opponent with the run game to secure a victory.

The Badgers have only won the Rose Bowl once when entering the contest as the lower-ranked team. They currently stand at No. 8 in the country while the Ducks secured the No. 6 spot after defeating Utah and claiming the Pac 12 Championship. With this being said, these two teams are about as close in talent as it gets, and the rankings will mean next to nothing when they step on the field.

Kickoff is set for 4 p.m. Central time and the game will be broadcast live on ESPN.