The Wisconsin Badgers pulled off the feat of capturing the Big Ten West title despite the fact that both Iowa and Nebraska were favored over them in preseason Big Ten West rankings. But all is not over yet.

The No. 10 Badgers will matchup against No. 2 The Ohio State University once again to compete for the Big Ten Championship Game and a chance to make it to the Rose Bowl in sunny Pasadena, California.

Coming off a remarkable win against Minnesota, a potential trip to the West Coast has never been closer. The last time the Badgers made it out to California was Jan. 1, 2013. Unfortunately, Wisconsin fell to Stanford 20–14, and some sports analysts are predicting that the Badgers’ record this year has the potential to change where they’ll end up. 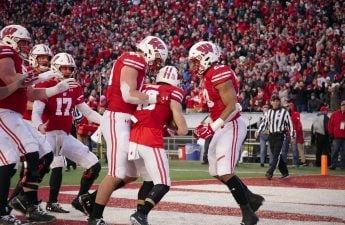 According to CBS Sports’ acclaimed college football writer Jerry Palm, Wisconsin will face Oregon in the Rose Bowl on New Year’s Day. The best part is, he’s not alone. Sporting News’ Bill Bender and 247 Sports’ Brad Crawford also believe in this outcome for the Big Ten and Pac-12 Championship contenders.

Out of the potential contenders to end up in the 2019 Rose Bowl, the only other team that may come close to taking the spot is Penn State. Ending the season at second in the Big Ten East with a 10-2 record and notable wins against ranked teams such as Iowa and Michigan, the Nittany Lions are in a position to potentially earn the spot over the Badgers.

Wisconsin, however, did finish the regular season with a win against Minnesota. That’s where Penn State fell short. They lost the No. 4 spot in the AP Poll and a shot at the College Football Playoff after losing to the Golden Gophers 31–26.

The only way in which Penn State could find themselves inserted into the Rose Bowl game is if Wisconsin loses big to the Buckeyes. If they do, it’s possible Penn State could move ahead of them in the committee’s final rankings. Yet this seems somewhat ludicrous as, if it were to happen, it would effectively punish the Badgers for winning the Big Ten West and having to go up against what is probably the most well-rounded team in the nation.

It may be tough to admit, but Wisconsin may need a miracle to come out on top in the Big Ten Championship. Their 38–7 loss to the Buckeyes at earlier in the season made clear that Ohio State was more than capable of taking down the Badgers with conviction.

Playing at a neutral location as well as the possibility of a slightly injured Justin Fields offers the chance that some of the Buckeyes’ advantages may be stifled. Even if this is the case, Wisconsin will need to find a way to put a stop to J.K. Dobbins and Chase Young.

As for bowl projections, the Big Ten Championship may be a very important factor that will go into consideration. If Wisconsin can defeat arguably the best team in the country, they may even have a non-zero chance at the College Football Playoff. A lot depends on the outcomes of several conference championship games  — only time will tell.