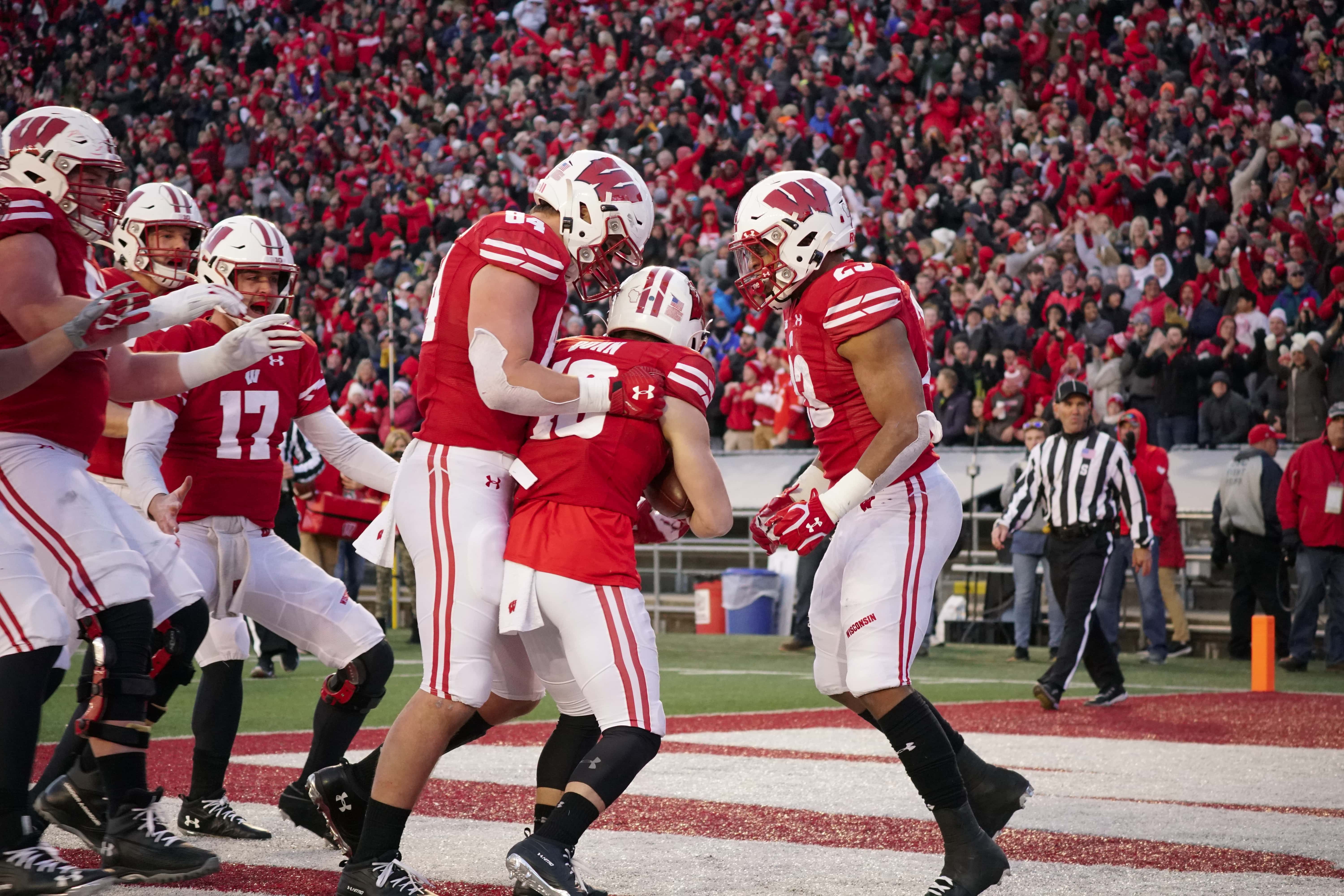 Early on, it was all Minnesota, as the Badgers were forced to punt on their first two possessions before fumbling in Minnesota territory on their third. The Gophers found the endzone on their first possession via a 51-yard pass from quarterback Tanner Morgan to receiver Rashod Bateman, quickly making it 7–0.

The Badgers responded well to the touchdown, preventing the Gophers from getting any more points before the half. Their offense also managed to pick off Morgan and force a quick 3-and-out in the second quarter en route to a field goal and touchdown, giving them a 10–7 lead heading into the break. 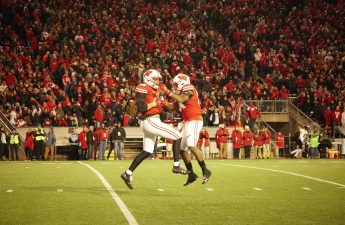 Football: Three takeaways and some leftovers from Wisconsin’s win over PurdueThe No. 13 Wisconsin Badgers (9-2, 6-2 Big Ten) finished their 2019 home schedule undefeated Saturday with a decisive 45–24 Read…

The first half was highlighted by quarterback Jack Coan and running back Jonathan Taylor for the Badger offense. Coan went 11-for-17 for 119 yards and a touchdown pass — an impressive performance considering the miserable weather throughout. Taylor had just 11 carries for 37 yards, but he added two catches for 39 yards and a receiving touchdown, once again proving his versatility as a run-and-catch running back.

The Wisconsin defense held the Gophers to just 115 yards of total offense in the first half, in addition to the interception and three sacks, 2.5 of which came from the linebacking trio of Zack Baun, Chris Orr and Jack Sanborn.

The Badgers picked up right where they left off in the first half, stifling Minnesota’s offense and scoring on the ensuing possession, a 4-play, 91-yard drive capped off by a 47-yard touchdown catch by Quintez Cephus to extend the Badgers’ lead to 17–7.

Minnesota responded with a field goal before the Badgers returned the kickoff to the Minnesota 39, thanks to an odd kickoff formation by Minnesota which allowed returner Aron Cruickshank to do a lateral pass to the speedy Isaac Guerendo, who put the Badgers in great field position yet again. The Badgers scored just two plays later on an end-around run by Kendric Pryor to extend the lead to 24–10. 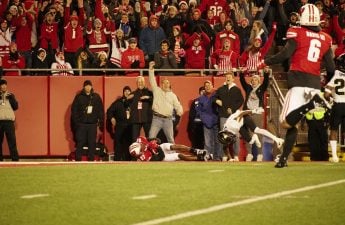 Just when it looked like Minnesota might respond, the Badgers’ defense again showed why they’re one of the best in the country. On back-to-back pass plays inside the 5-yard line, cornerback Caesar Williams broke up the play, allowing Wisconsin to take possession and putting Wisconsin in great position to win the game.

On their next possession, the Badgers continued to pour it on. Following a 70-yard screen pass to Garrett Groshek, Taylor found the endzone on an 11-yard carry to extend the lead to 31–10, all but guaranteeing a Wisconsin victory.

Following a quick fumble by Morgan on the next drive, the Badgers delivered the knockout punch on a 1-yard touchdown run by Taylor, his third touchdown of the day and second in under three minutes.

The Badgers performed extremely well on both sides of the ball, totaling 453 yards on offense and allowing 372 yards on defense. Coan had perhaps his best game of the season, finishing 15-for-22 for 280 yards and two touchdowns, while Taylor added a total of 115 yards (76 rushing and 39 receiving) and three touchdowns (two rushing, one receiving). Cephus also finished with 114 receiving yards and a touchdown. Defensively, the Badgers allowed just 10 points and forced two turnovers following the early touchdown.

The win was exciting for Badger fans and players alike, particularly for those who were there last season to witness the Gophers’ dismantling of Wisconsin. Taylor was among those who starred in both games and expressed excitement for the redemption victory.

“I mean it’s exciting,” Taylor said. “Especially for the guys who we lost from last year, we did it for them and for the seniors this year.”

While the Badgers retake possession of Paul Bunyan’s Axe, they’ll need to prepare for the Big Ten Championship Game against The Ohio State University. The game will take place in Lucas Oil Stadium in Indianapolis, Indiana. Kickoff is scheduled for Dec. 7 at 7 p.m.