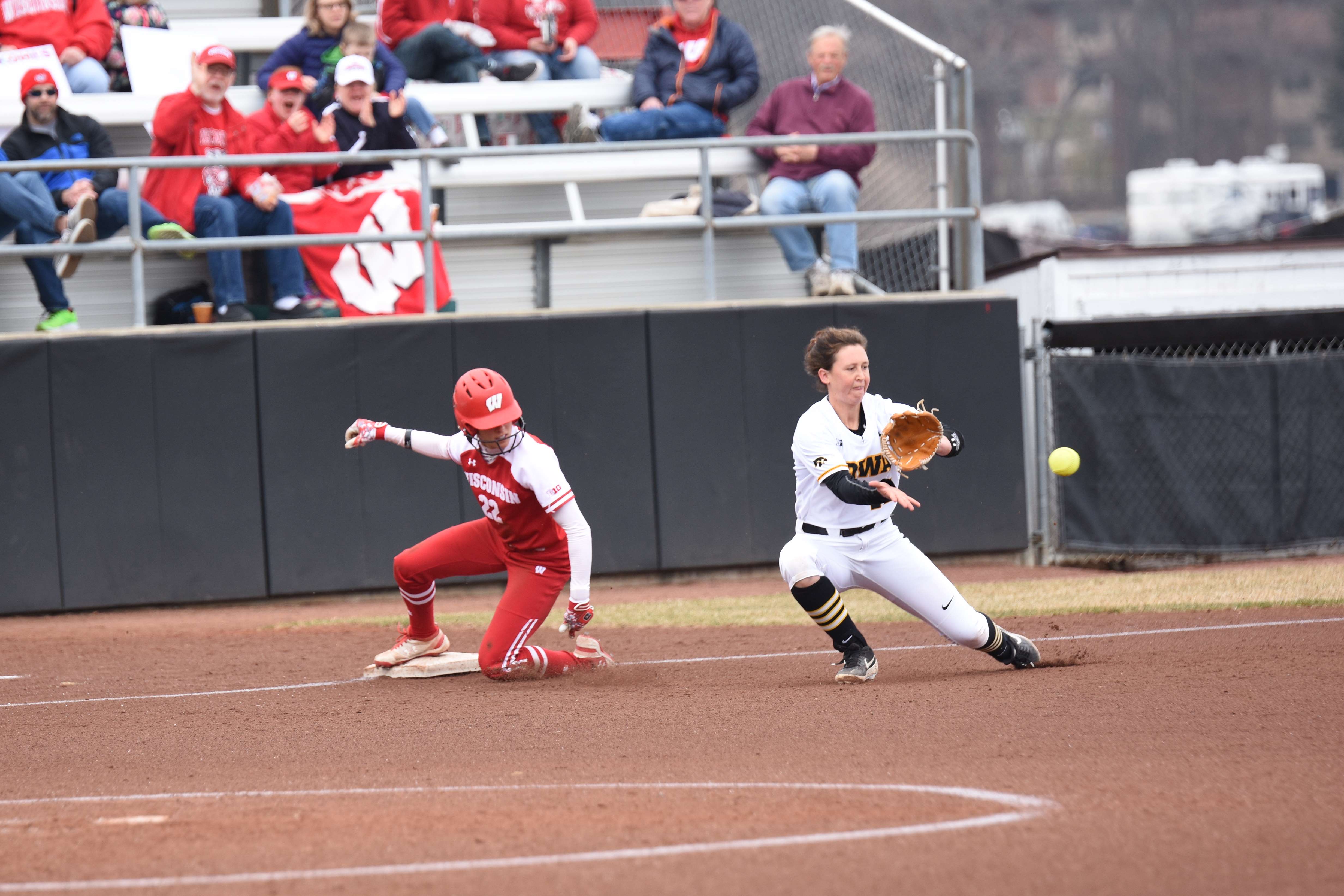 Knowing Indiana was going to put up fight, Wisconsin left nothing in doubt, outscoring the Hoosiers Friday 5-0, Saturday 4-3 and Sunday 8-0.

“That’s one of the best games I’ve seen her throw since she’s been here at Wisconsin,” Head Coach Yvette Healy said.

Menz was supported by her teammates of the offensive side as well. Slugging junior Kayla Konwent hit a home run in the first at-bat of the game for the Badgers to open up all scoring — something she’s done three times this season already.

Other leading Badgers include Lauren Foster, who went two-for-three, and Stephanie Lombardo, Kelly Welsh and Taylor Johnson, who recorded the remaining four RBIs for the Badgers. 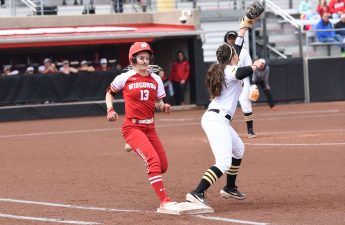 Saturday’s game needed a little extra softball from both teams as the game went into the 13th inning. This four-hour, twenty-minute game was eventually sealed with a walk-off single by Foster to proclaim the Badgers victorious.

Lombardo also notched her seventh home run of the season in the third inning.

Haley Hestekin and Menz combined to pitch this near double length game, with Menz going eight innings and holding off any possible scoring attempt from the Hoosiers.

Sunday’s game presented the last opportunity for Indiana to leave Goodman Diamond with a win, but they failed yet again to overcome the Badgers’ dominant pitching as Wisconsin run-ruled the Hoosiers in five innings.

This time it was Hestekin in the circle all five innings for Wisconsin. She recorded four strikeouts while only allowing two hits and one walk.

The Badger offense proved both dominant and efficient, as only three of the eight Badger runs were earned. Wisconsin drew a total of ten walks, four of them for RBIs.

The three earned runs came off of a Hedgcock single, and Konwent brought in two more for Wisconsin with a single and yet another home run. She totals 15 on the year. 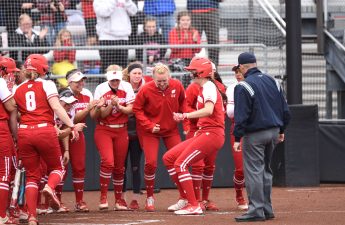 Up next, Wisconsin will host a doubleheader against the No. 16 Minnesota Gophers Wednesday.

With six of the nine remaining games before the Big Ten Tournament at Goodman Diamond, Wisconsin will look to use their home field advantage to overcome the red-hot Gophers.

“I think everyone was really fired up about that stat of it’s been a great season so far and we haven’t even been the home team that much,” Healy said.

The Gophers boast both a six-game win streak and Amber Fiser, the reigning Big Ten Pitcher of the Week. Fiser sits second in the Big Ten with an ERA of 1.43 and 220 strikeouts, trailing undefeated Northwestern’s Danielle Williams.

Wisconsin will also have to face the Big Ten-leading Gopher defense if they wish to extend their win streak to five games, take down a ranked opponent and hopefully return to the top-25 themselves.

Game times are at 1 p.m. and 3 p.m. at Goodman Diamond. Tune into Big Ten Network or watch live stats at uwbadgers.com.