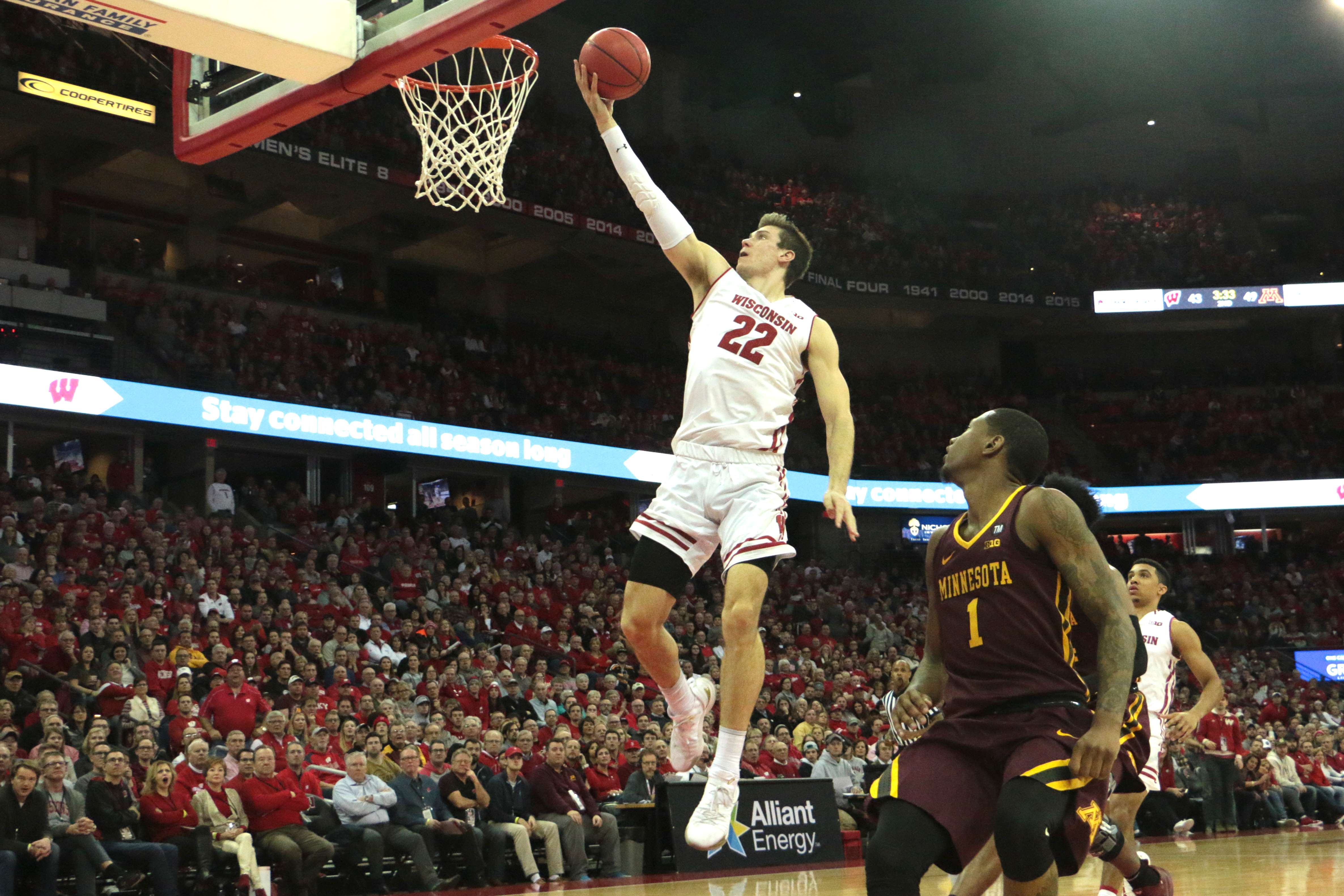 For the third consecutive year, Ethan Happ earned himself a spot on the first-team All-Big Ten team. 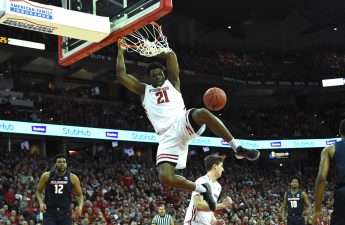 Happ dominated Big Ten opponents this year, averaging 17.8 points, 10.4 rebounds and 4.7 assists per game. Happ was the only player in the country this season to average at least 16.0 points, 10.0 rebounds and 4.0 assists per game. He was also consistent around the rim with a 53.2 field percentage on 451 shot attempts. Happ’s 21 double-doubles ranks third in the nation and is tied for the most in the Big Ten.

Happ has led a Badger team that missed the NCAA Tournament last season all the way back to a fourth-place finish in the Big Ten with a legitimate shot at a deep NCAA Tournament run.

Happ notched two triple-doubles this season — the first coming in the season opener against Coppin State where he tallied 10 points, 11 rebounds and 12 assists. His second triple-double came Jan. 26, when he put up 13 points, 12 rebounds and 11 assists against Northwestern at the Kohl Center. Happ has also had three 30-point games this year, contributing to the third 500-point season of his career. 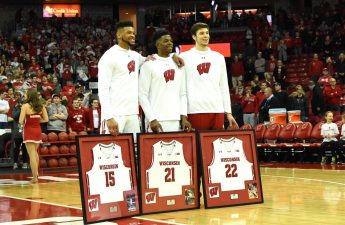 Happ’s teammates D’Mirtik Trice and Khalil Iverson also earned Big Ten Honors. Trice earned himself an All-Big Ten Honorable Mention by the voting media panel after shooting 40.6 percent from beyond the arc. Iverson was named a Big Ten Sportsmanship Award honoree. The senior has been playing lights out of late, putting up a double-double in each of his last two games.

Happ and the Badgers will be back in action Friday at 2 p.m. for the Big Ten Tournament as they await their opponent.