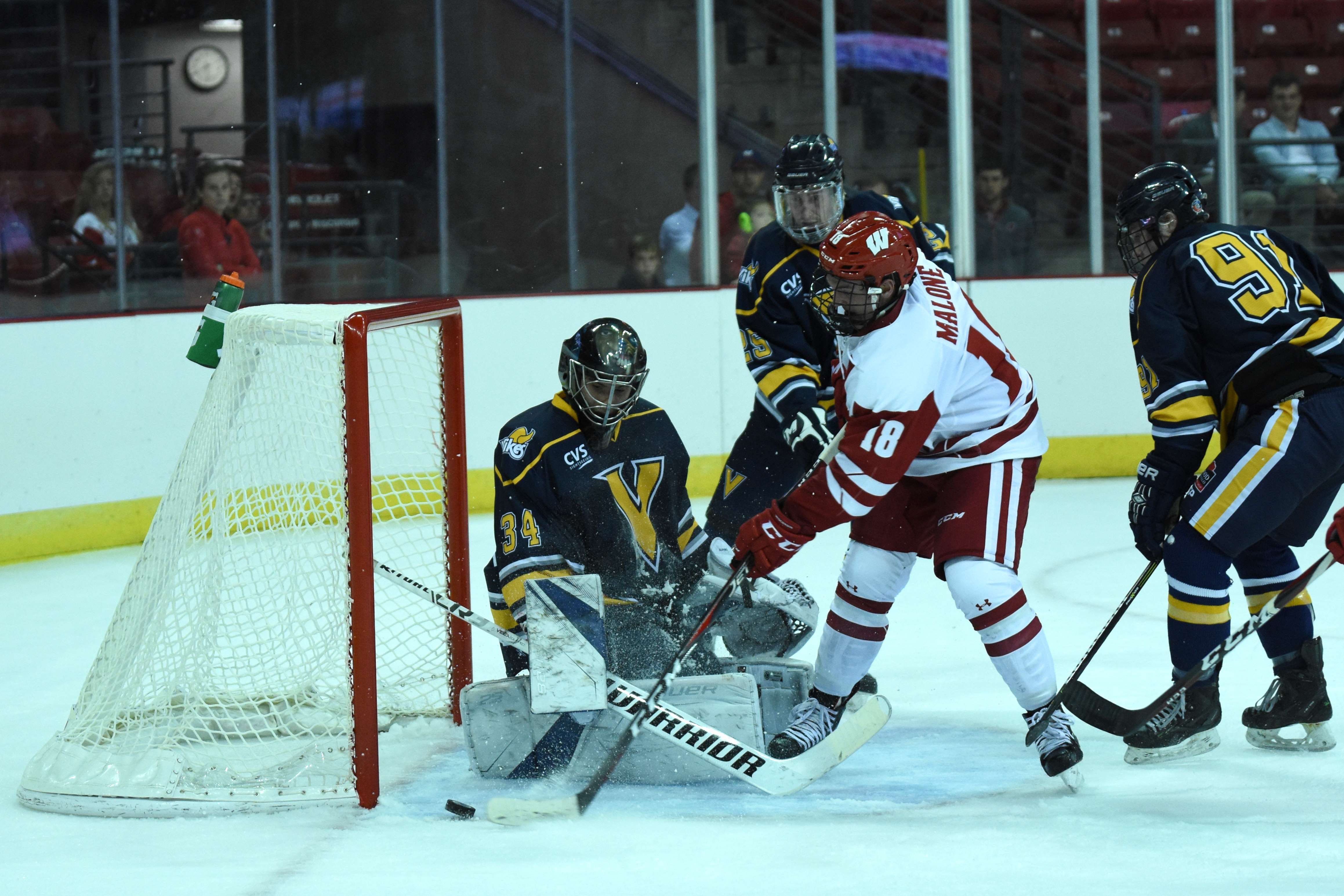 The University of Wisconsin men’s hockey team deafeated the University of Victoria Vikes Sunday 8-2 at the Kohl Center during their preseason dress rehearsal. The Vikes came into the year looking to improve upon an 8-15-2 record from last season. The Badgers entered play this season with the Frozen Four in their sights after a disappointing (14-19-4, 8-13-3 Big Ten) record a year ago.

As soon as the puck dropped to begin the game, a disparity between the two teams emerged. Wisconsin dominated possession to begin the game, keeping the puck in the offensive zone and peppering shots against the Victoria goalkeeper. After a Victoria penalty for too many men on the ice, 2017 Flyers’ draft pick Wyatt Kalynuk found the back of the net to open the scoring.

Maintaining possession and capitalizing off Victoria mistakes became a theme throughout the contest, as the Badgers’ Max Zimmer scored on a power play to give Wisconsin a 2–0 lead. The Vikes answered quickly with two goals of their own, both coming in transition, and the Badgers closed the period with a goal from freshman forward Dominick Mersch, making the score 3–2. 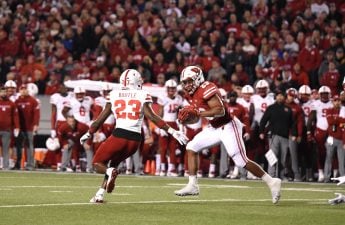 The close score at the end of the first period did not reflect the play of the two teams, as the Badgers outshot the Vikes 25 to seven, won 16 faceoffs to the Vikes’ seven and had six fewer penalty minutes.

For Wisconsin, the third period was a cap on a dominant victory. The Badgers outshot the Vikes again 25 to seven in the period. The Vikes mustered single digit shots the third period, adding goals from freshman Brock Caufield and a second goal from Zimmer. The game ended with an 8–2 Badger victory, Wisconsin dominating shots on goal 72 to 15 and six of nine Badger freshmen recording a point. 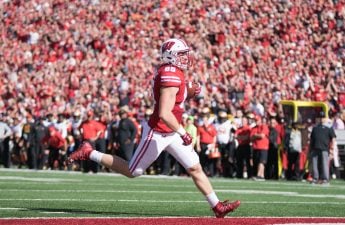 “It was exciting,” Granato said. “We have a big freshman class and they have worked so hard to be ready for the year. To sit on the bench, to throw on the sweater and play an opponent was a lot of fun for these kids.”

The Badgers kick off their season at the Kohl Center this weekend with a two game series against Boston College.