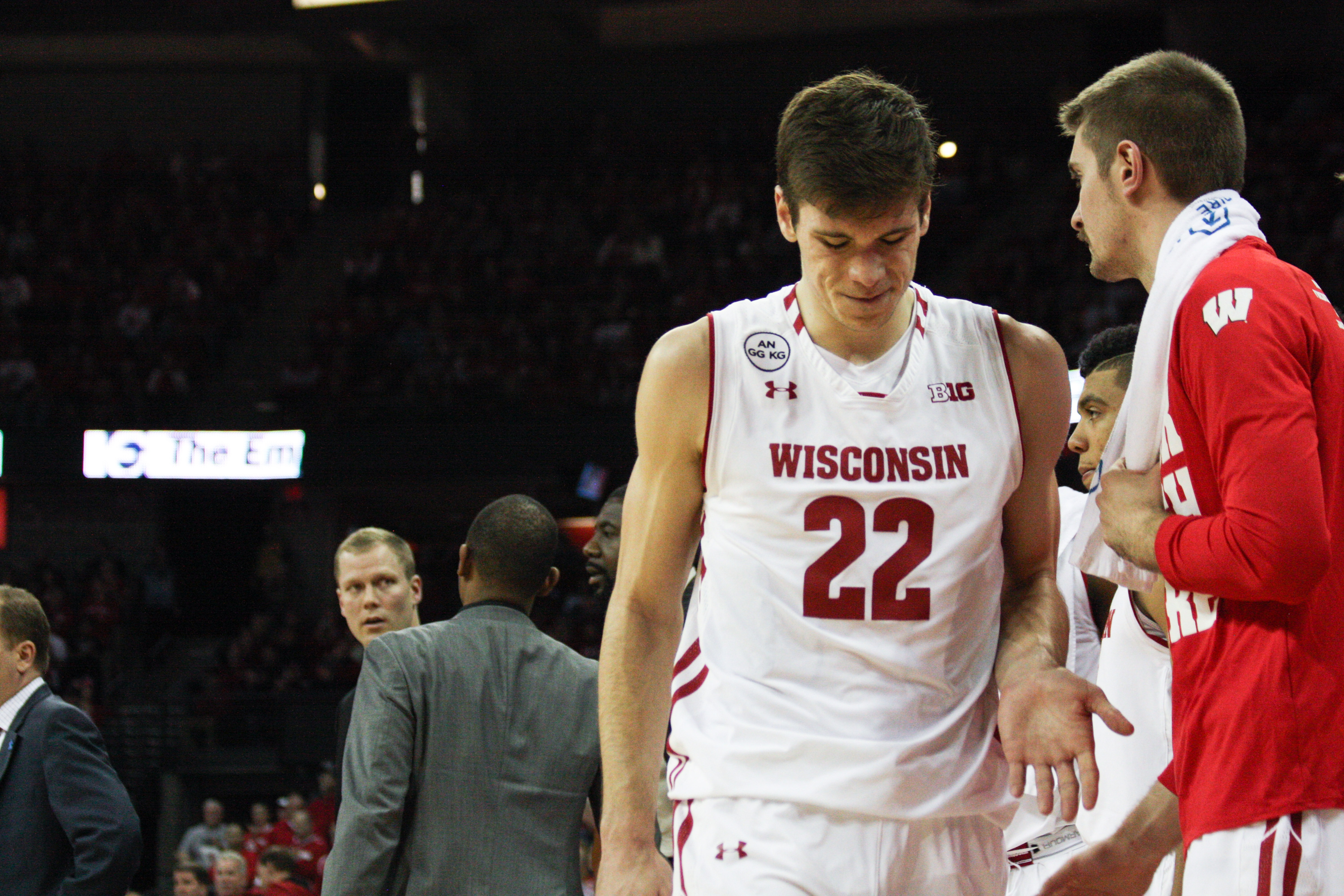 It was bound to happen.

After surviving against inferior teams and escaping with victories, the University of Wisconsin men’s basketball team wasn’t so lucky Sunday at the Kohl Center, as Northwestern defeated UW 66-59. The defeat snapped Wisconsin’s eight-game winning streak and 19-game home-court winning streak.

Even without their leading scorer, junior Scottie Lindsey, the Wildcats (19-6, 8-4 Big Ten) was able to upset the No. 7 Badgers (21-4, 10-2). Lindsey, sidelined for the third consecutive game with mononucleosis, is averaging 15.4 points per game this season, including 16.1 in Big Ten play. The Wildcats went 6-0 throughout January before losing Lindsey and, subsequently, their previous two games before Sunday’s win.

Junior guard Bryant McIntosh, usually second fiddle to Lindsey, averaged 13.6 points per game entering Sunday. He picked up the slack in a big way for the Wildcats. McIntosh made 10 of his 23 shots for 25 points. He added seven rebounds and seven assists, while playing all 40 minutes.

“He’s a heck of a player,” fifth-year senior guard Zak Showalter, who scored 10 points and had the tough assignment of guarding McIntosh, said. “[He] made a lot of tough ones. He was the best player on the court tonight.” 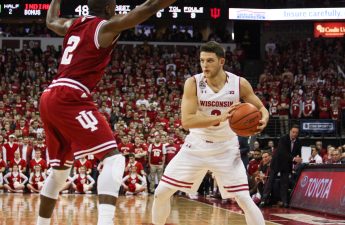 Men’s basketball: Indiana put up good fight, but Wisconsin perseveres tough shooting day for 65-60 winIt did not have to be pretty, and it certainly wasn’t, but the University of Wisconsin men’s basketball team held Read…

Northwestern featured the top field goal percentage defense in the Big Ten at 39 percent entering Sunday’s matchup, holding its opponents to shooting 39 percent from the field. UW shot 38 percent (19-for-50) and 37 percent from three (7-for-19).

After several games in a row in which the team has acknowledged they failed to put together a complete game of solid basketball, but still emerged with wins, the Badgers had to face the music Sunday night, senior forward Nigel Hayes said.

“Apparently we have to lose in order to learn the things we’ve already been saying,” Hayes said. “It feels like we’ve lost the last six games in a row that we’ve been playing, but we won them. But now, we keep doing those mistakes, and it finally caught up to us.

“Hopefully now that we had to unfortunately lose a game we’ll start to take that step in that direction from going from a mediocre, good team to a great team.”

UW lost the game on a pair of runs – one in each half.

The Wildcats reeled off a 16-0 run to make it 28-19 in the first half, after UW led 19-12 at one point. The Wildcats made four 3-pointers during that stretch after going just 1-for-6 from beyond the arc to begin the game.

Northwestern, which ranks second in turnovers per game (10.8) in the conference, turned it over just six times compared to UW’s 12, and outscored the Badgers 16-8 on points off turnovers. The bulk of those points came during Northwestern’s 16-0 run in the first half.

“I think really the thing that was frustrating was the turnovers and the transition points that we gave up as a result,” UW head coach Greg Gard said. “I think that’s probably more frustrating than the ball not going in consistently.”

Wisconsin trailed 31-22 at the half, scoring just five points from the 10-minute mark on. It was the largest halftime deficit of the season. Redshirt sophomore forward Ethan Happ led the Badgers in scoring at the half and he didn’t register a point after the half’s 14:15 mark. He only took one more attempt from way outside the paint and bore a constant double-team effort from the Wildcats, which resulted in a tough evening for him. Northwestern outscored UW in the paint 26-12.

“I just need to continue to get the ball out sooner than later,” Happ said. “And not let them collapse on me.”

To start the second half, UW forced two turnovers on defense, while Showalter and Brown splashed threes during the first two offensive possessions. A turnaround jumper from Bronson Koenig and a layup from Hayes off a give-and-go from Happ gave UW a 32-31 lead.

That came at the 16:32 mark of the second half, and it would be the last time the Badgers held the lead.

“We knew they were going to make a run,” Northwestern head coach Chris Collins said. “They’re too good, they never lose here. … It was a great win. I’m proud of my guys.

“I just saw confident looks the whole night. I felt really good even after they scored 10 straight to start the second half. I just saw good looks in the huddle. I just thought we were confident and strong.”

Then, Northwestern countered with a 8-0 run to make it 39-32, forcing Gard to call timeout with 13:14 left. From there, the teams would go back-and-forth, with UW never making it over the hump.

Koenig, evidently hampered by a lingering leg injury, tied his season-low in points (two) on just 1-of-8 shooting, including 0-for-5 from three-point range.

“I think he’s OK mentally,” Gard said “I think the injury is a factor. How much of a factor? I think his acceleration off screens has obviously diminished a little bit. He has also had some decent looks too.”

The loss comes one day after the NCAA selection committee left Wisconsin out of its first announcement of the top 16 seeds, despite UW’s No. 7 ranking in the latest AP poll. In addition, UW’s lead in the Big Ten race has dwindled to one game. The Badgers will face tough road tests at Michigan on Thursday, followed by second-place Maryland visiting Madison on Sunday.

“I think for us, getting everybody’s best shot, now that we’re marked, is good for us,” Gard said. “[We’ll] continue to learn and grown and get better, because nothing that happened in this game is surprising in terms of areas that we need to improve upon.”