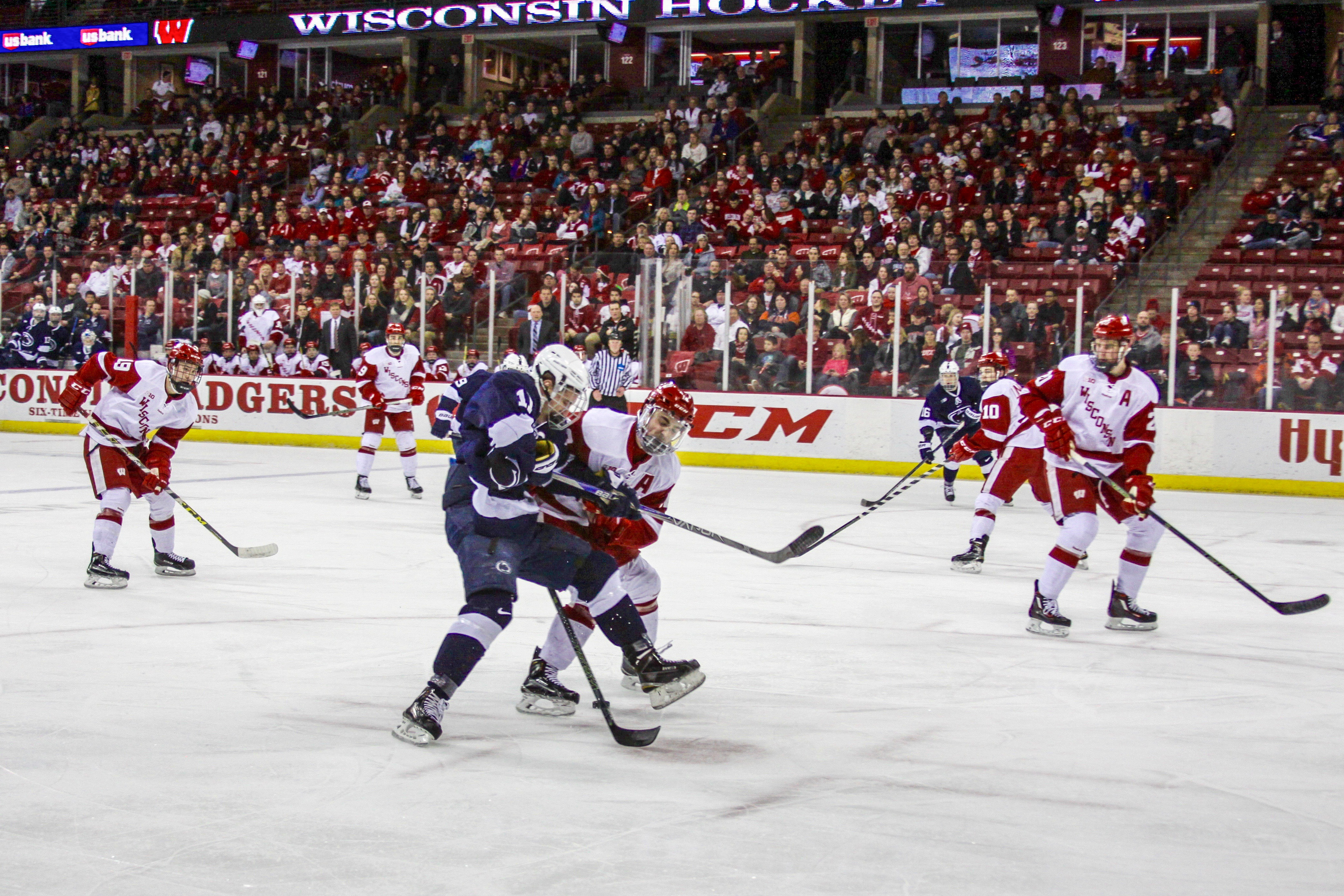 It was a tale of two nights as the University of Wisconsin men’s hockey team returned to action this weekend against Merrimack University, splitting the series 1-1 with a win on Friday before falling short Saturday.

After 12 days off, the Badgers returned to the ice looking well rested on Friday. UW captain Luke Kunin scored just 21 seconds into the game off of a deflected pass by Ryan Wagner.

“The first shift is a big one and tonight it went our way,” Wagner said. “I thought we got the start we wanted and we just need to keep building off of that.”

Wisconsin continued their strong start with a power-play goal from junior defenseman Jake Linhart, extending their lead to two entering the second period.

The Warriors fought back in the second, however, putting one past freshman Jack Berry with just under 14 minutes left period. The goal marked the first given up by Berry as a starter, ending his 144 minute shutout streak to begin his career — a Wisconsin record.

UW responded less than two minutes into the final period with another power-play goal, this one from freshman Max Zimmer, his first ever as a Badger. The goal brought the UW lead to two until Brett Seney responded four minutes later with his second goal of the game. The Badgers and Berry stifled a last ditch effort with their goalie pulled to hang on for their second straight win.

The winning streak was short lived, however, as the Badgers fell 2-0 to the Warriors the following night, failing to score for the first time all season.

Unlike the first game, Wisconsin didn’t look so sharp to begin the game Saturday.

“I gotta give them credit I wasn’t happy with the way we started,” Granato said. “You gotta play 60 minutes at any level to be successful.”

Wisconsin started Saturday with sophomore Matt Jurusik in goal for the first time in three games. Jurusik allowed one goal on 14 shots before being forced to leave the game late in the first period due to injury.

The Warriors added to their lead five minutes into the second period when Mathieu Tibbet found himself looking at an empty net after the puck took an unfortunate deflection. 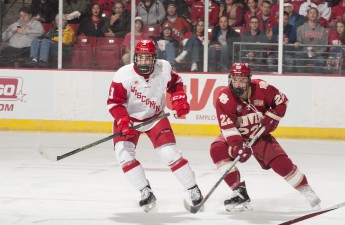 Men’s hockey: Granato doesn’t want Wisconsin to be players’ final stopThere’s an intrinsic competitiveness in hockey players which drives them to the extremes. It’s shown in years of 6 a.m. Read…

The Badgers responded with an offensive surge after going down 2-0, outshooting the Warriors 26-13 in the final two periods, however they were unable to beat goalkeeper Collin Delia, who picked up his first shutout of the season.

Wisconsin’s failure to score can partially be attributed to their power-play struggles Saturday night. The Badgers failed to score a power play for only the second time this season after scoring two on Friday.