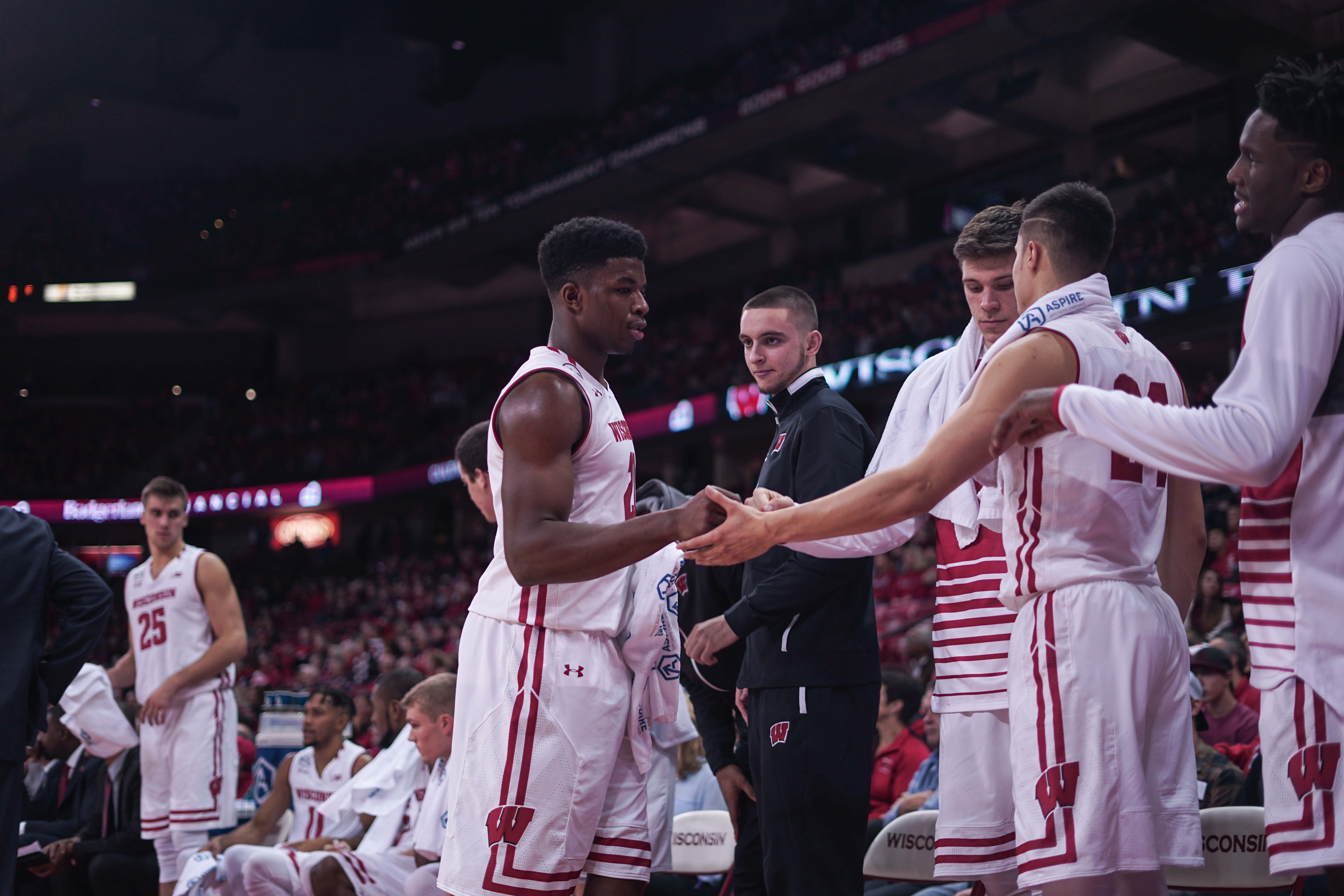 The beginnings of Thursday night’s game against Chicago State University and the effort against Creighton Tuesday night were all too familiar for the University of Wisconsin men’s basketball team.

For the second time in 48 hours, the opposing team had mounted an early 8-0 lead against the Badgers. The Cougars had upset on the brain, and UW desperately wanted to avoid a second straight loss to drop to 1-2 not yet a week into the season.

But 8-0 was the worst the evening would get for Wisconsin. UW subsequently rattled off a 19-0 run, mostly sparked by bench contributions, over the next nine minutes, and UW ran away with the contest 69-51.

“Just the energy and the enthusiasm and how those guys off the bench gave us a spark,” UW head coach Greg Gard said. “I think that’s one of the traits hopefully of this team as we continue to grow.”

Senior forward Vitto Brown led UW with 12 points, but it was the bench play for Wisconsin that stood out, especially in the first half.

Wisconsin’s bench outscored that of CSU’s 18-0 during the game’s first 20 minutes. The biggest spark came from sophomore guard Kahlil Iverson, who finished with 11 points, five rebounds, two assists, two steals and two blocks, one of which wound up in the fifth row behind the Badger bench. His effort was complete with plenty of classic Iverson dunks and an undeniable energy on the defensive side of the floor.

Iverson said he knows his role of providing an energy-boost.

“[I] try to be the spark guy, no matter when I get in, who I go in for, anything like that,” Iverson said. “Just try to go in, do a bunch of positive things, get us going if we’re in a little slump and just provide a lot of energy and help us win.”

The opportunity for the bench to prove itself tonight came early, when two quick UW turnovers prompted Gard to deploy a quick hook — reminiscent of his predecessor Bo Ryan — just more than a minute into the game on three of his starters, including Brown.

“When I sat down I’m like, ‘I ain’t even sweat yet! I ain’t even loose yet,'” Brown joked. “It’s all good, it’s always important to send a message with your leaders like us because we can mess up and get taken out and the guys coming in after us will be held to the same standards.”

UW senior forward Nigel Hayes scored just three points and was just 1-for-4 from the free throw line. Senior guard Bronson Koenig managed 10 points, experiencing a drop-off from the season’s first two games, in which he averaged 18.5 points. Koenig made just one of his six 3-point attempts.

After a ghastly shooting performance at Creighton, in which Wisconsin tossed up 39 3-pointers and only made 11, the Badgers shot 45 percent from the field Thursday. They continued to struggle from behind the arc, shooting just 5-for-19 (26 percent).