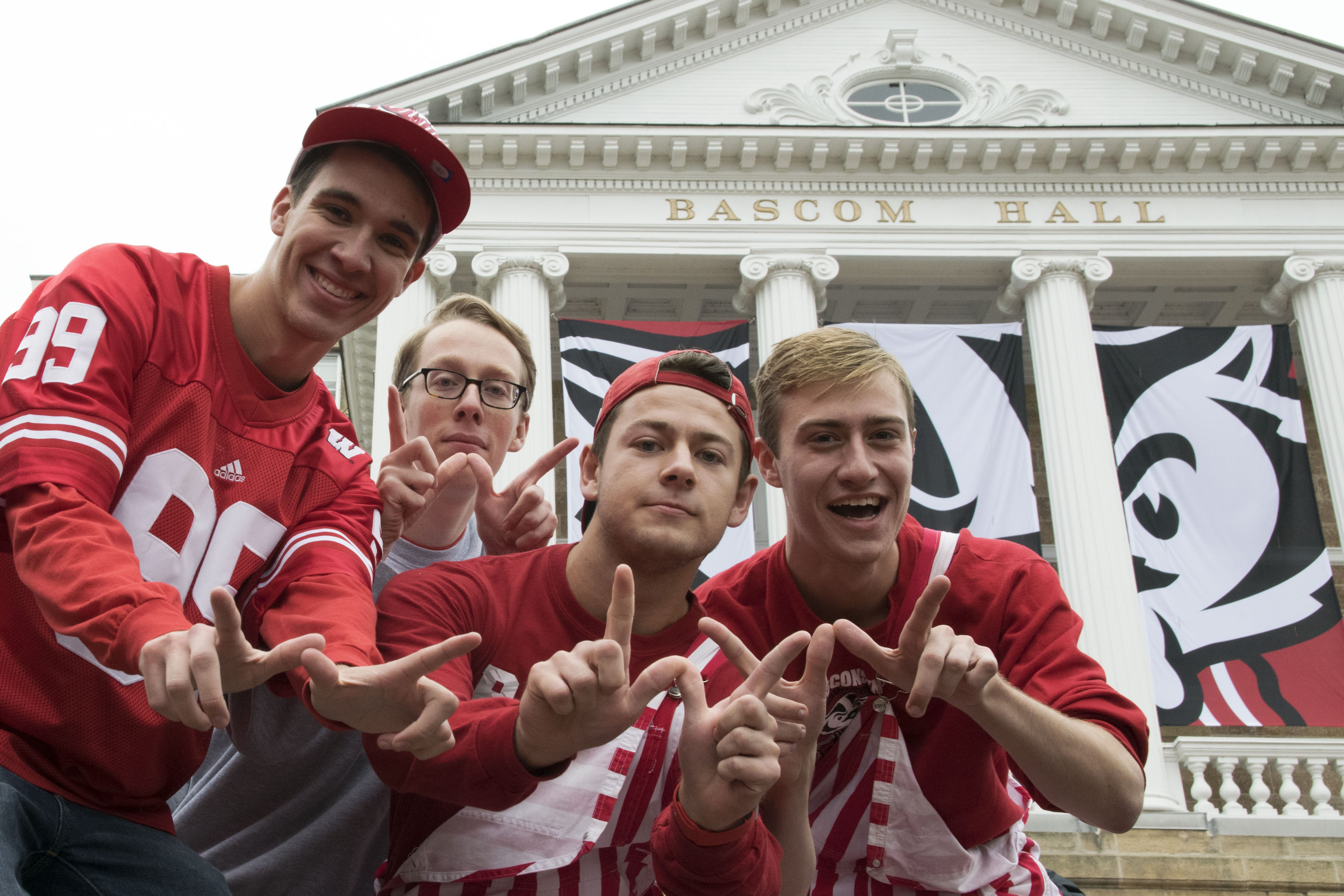 Hundreds of spirited Badgers flooded Bascom Saturday morning for a chance to appear on ESPN’s College GameDay, the largest pregame show for college football, for the first time since 2011.

Nobody — not even the Buckeyes — let a few rain drops get in the way of having a good time filled with chants demanding more beer and displays of far too many Ken Bone memes to count, including “KEN BONE WORE RED FOR WISCONSIN” which overshadowed the rest for best GameDay sign.

Dedicated students started lining up on Bascom around 7 am, some waiting over an hour for a chance to see the back of Kirk Herbstreit’s beautiful head.

For those lucky enough to don a VIP pass, Chick-fil-a breakfast sandwiches were endless and being spotted by the fly-over camera after every commercial break was guaranteed. The only downside was having to stand within feet of Brutus Buckeye. But high-fives from Bucky help replace though bad memories.

Before anyone got too comfortable, Mike Leckrone and his clan, almost unrecognizable without their hallmark uniforms, stormed the hill to remind everyone why they want to be a Badger.

Needless to say, both sides left eager to watch the most epic showdown of the best Midwest college football teams enfold at Camp Randall later that night.

Riley Steinbrenner/The Badger Herald A father shows his two sons a screenshot of their television debut seconds after College GameDay crew did a live take in front of Bascom Hall.