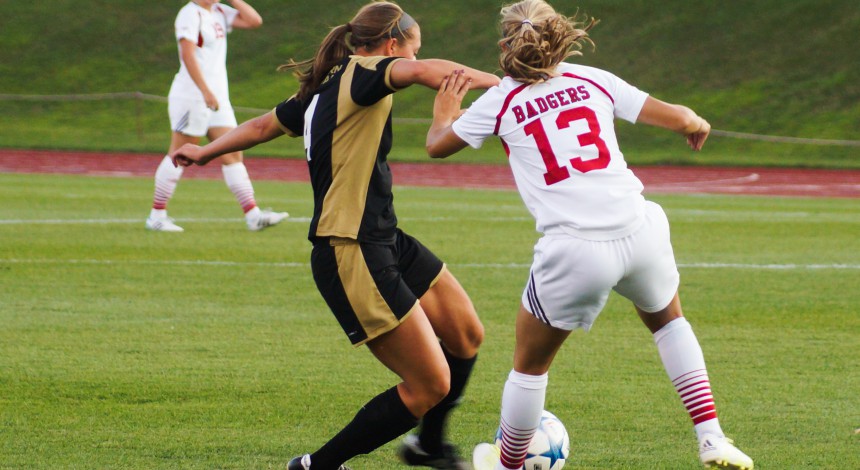 The Wisconsin women’s soccer team looks to rebound against the best team in the Big Ten and main rival, the No. 23 University of Minnesota Golden Gophers. The Badgers (4-4-4, 1-2-1 Big Ten) are coming off a close 2-3 loss at Indiana University last Saturday and travel to Minneapolis in hopes of returning to .500 on the season.

With two losses already in the Big Ten this season, Wisconsin sits at number nine in conference standings and has the same loss total they had all of last year. A win over the Gophers (9-2-1, 3-0-1 Big Ten) would go a long way in restoring confidence in the squad and help as they get into the thick of conference play.

Powers and the Badgers will certainly have their hands full with a stingy Gopher defense that have shut out all of their last three opponents. The Gophers’s senior goalkeeper and Big Ten defensive player of the week last week, Tarah Hobbs, has been a brick wall in the net all year. In her 12 games in front of the frame this season, Hobbs has allowed a slim average of .71 goals per game and only eight goals.

Badger’s Key to the Game

Capitalize on shot opportunities: The Badgers have been atrocious this year in their shot efficiency, converting on only .071 of their shot opportunities to a tune of 1.17 goals a game. Head coach Paula Wilkins isn’t accustomed to this kind of anemic offense in her nine years in Madison. Among all coaches in the Big Ten with ten or more years at their respective schools, Wilkins holds the best winning percentage over that span at .706 and 207 wins. Wilkins will look to add her 208th against one of the tougher opponents the Badgers will play all year. Minnesota’s offense, coupled with their stellar defense, has scored a whopping 2.33 goals per game while outscoring their opponents by 20 goals this season.

Gopher’s key to the game

Give the ball to forward Simone Kolander. Last year’s Big Ten forward of the year has followed her junior year up with an unbelievable first half to her senior campaign. Kolander has already eclipsed her point total from last season of 21 in just more than half as many games as last year. There doesn’t seem to be anything opposing defenses can do to stop Kolander so the Badgers will be in for a big test against one of the nation’s best.

Look for Wisconsin to come out pretty aggressive in the early minutes on Saturday and try to find some early scoring chances. The Badgers will need to catch some breaks early on in order to stay competitive with the first-class of the Big Ten.