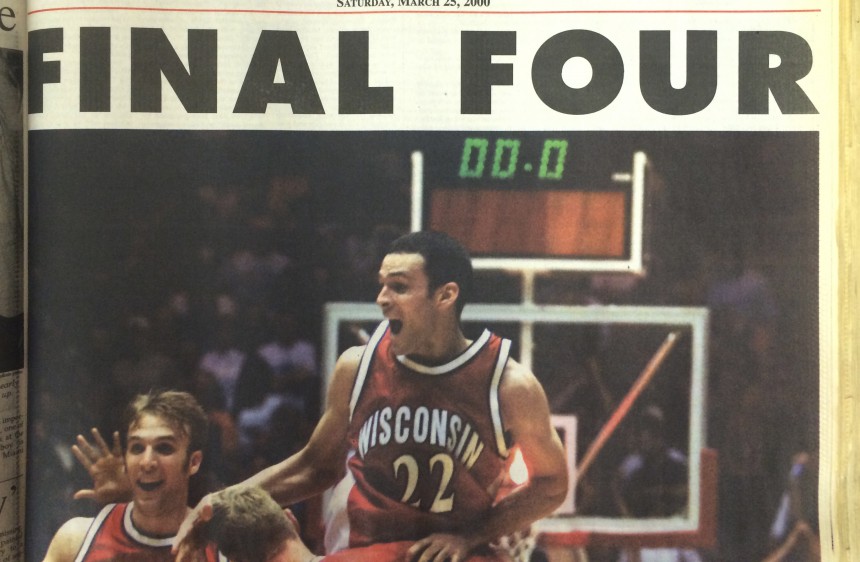 Under head coach Bo Ryan, Wisconsin has been on a roll when it comes to making the NCAA tournament. In his now 13 years at the helm, Ryan has led the Badgers to the tournament all 13 times with some upper echelon finishes along the way.

Before Ryan though, this standard for winning was hardly a norm, which prompted a wise philosopher Spencer Smith of The Badger Herald to claim earlier this year that these aren’t your grandpa’s Badgers.

As Wisconsin prepares for the Sweet Sixteen this weekend, trying to set an even higher standard for Wisconsin basketball, here’s a look back at some of the previous Badger teams and their postseason endeavors.

It may have been more than 70 years ago, but 1941 was the only year where the magic of March culminated in a National Title. Wisconsin may have experienced a nice home-away-from-home advantage this past weekend in Milwaukee, but back in 1941 the Badgers actually played two of their three tournament games at home in the Field House. The only road game of the tournament was in Kansas City, Mo., in the championship game where the Badgers dispatched Washington State 39-34. Gene Englund led the Badgers in scoring with his 13 points in the title bout, while John Kotz notched 12 of his own for Wisconsin which earned him tournament MVP.

After Wisconsin qualified for the tournament in 1947 it took 47 painful years before the Badgers found a way back into the tournament field led by Michael Finley, who would eventually go on to the NBA. The No. 9 seed Badgers scored a minor upset in their first game of the tournament, beating eight-seeded Cincinnati 80-72 with Finley scoring 22 points in the game and Rashard Griffith chipping in 22 of his own along with 15 rebounds. In the second game, Wisconsin took on No. 1 seed Missouri who proved too much for the Badgers, overwhelming them in an offensive explosion 109-96.

In what ended up being his final full year as head coach, Dick Bennett led Wisconsin to a fairly respectable 8-8 record and sixth place finish in the Big Ten, which ended being just enough to get Wisconsin back into the tournament. As an eight seed, the Badgers were hardly expected to go far, but after coming away victorious in their first round game against ninth-seeded Fresno State, Wisconsin turned into a Cinderella story when it knocked off No. 1 seeded Arizona 66-59 in round two. Wisconsin followed that up with a Sweet Sixteen win over LSU and an Elite Eight victory over Big Ten foe Purdue, taking the Badgers all the way to the Final Four. In the quest to reach the championship, Wisconsin came up just short falling to another Big Ten rival Michigan State in the National Semifinal, the third time during the season UW had come up short against MSU. Still, the run put the basketball program back on the map and was the second consecutive tournament berth, the start of a streak that now sits at 16.

A throng of Cardinal and White descent upon state street after the 2000 Badgers secured their place in the Final Four.
Badger Herald File Photo/Henry Dombey

Perhaps the best team Ryan has had in his time at UW, the Badgers went all the way to the Elite Eight before losing to eventual National Champion North Carolina. Sixth-seeded Wisconsin was aided by several upsets along the way, but still took care of business against 11th-seed Northern Iowa, 14th-seeded Bucknell, and 10th-seeded North Carolina State before losing to the No. 1 seed Tar Heels. Having lost star Devin Harris to the NBA after the 2004 season, the deep run was a team effort benefited by a lot of depth.

With a win this Thursday against Baylor, Wisconsin could match the 2005 run in the tournament, which was the furthest UW has gone under Ryan to date.