The Bicameral Congressional Trade Authority Act, introduced by Rep. Mike Gallagher, R-Green Bay, is an attempt to do just that. It would limit the president’s authority to impose tariffs on imports which the Department of Commerce deems a threat to national security. This authority was granted by Congress in the national security clause of the Trade Expansion Act of 1962, Section 232.

Constitutionally, Congress has the authority “to regulate commerce foreign Nations [sic].” But in 1962, Congress delegated some of this authority to the executive branch. This act seems to violate the Constitutional non-delegation doctrine — article one, section one — which states that as Congress is vested with “all legislative powers,” it may not delegate such powers to anyone else. 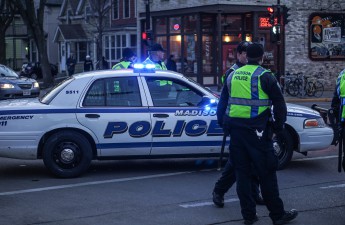 Now, Congress has obviously and repeatedly violated this doctrine. But the Supreme Court has allowed most delegations of legislative power for reasons of expediency or expertise.

In the 1825 case Wayman v. Southard, the Court’s decision upheld the constitutional right of Congress to delegate legislative power. The ruling said once policy was set by Congress, its administration could be delegated to any authorized member of the government. This case laid the ground for the creation of government regulatory agencies.

More recently, in the 2001 case of Whitman v. American Trucking Assns., Inc., the Court affirmed the right of Congress to delegate its power to the executive branch after it granted the Environmental Protection Agency authority in determining ambient air quality standards.

Over time, the Court has relaxed the non-delegation principle and has established a legal test to determine whether a delegation is legitimate. Delegations must “lay down by legislative act an intelligible principle to which the person or body authorized to [act] is directed to conform.”

In this case, Congress previously delegated its tariff powers to the president. The Bicameral Congressional Trade Authority Act would remove the president’s nearly unfettered authority.

This issue of delegated powers is best exemplified by President Donald Trump’s tariffs on steel and aluminum. Recently, Trump announced his desire to tack a 25 percent tariff on auto imports. He has argued that these tariffs are necessary to protect national security, particularly following layoffs at General Motors.

This bill is a step in the right direction. When bills like this pass, Congress takes back the power it granted to the executive branch and returns it to where it belongs — the hands of the elected representatives of the American people. No longer will legislative power be wielded by a single man, unchecked and unrestrained. No longer will legislative power be in the hands of unelected bureaucrats, the leaders of the “3-letter,” “alphabet soup” agencies. These individuals are not able to be held accountable by the voter, and some of these bureaucrats are not even approved by Congress.

Gridlock does not prevent good governance — it is good governanceDemocrats swept Wisconsin in statewide elections with Tammy Baldwin winning the Senate race, Josh Kaul the Attorney General race and Read…

This bill is the first step in a long, arduous and necessary process of reigning in presidential overreach, which Congress has granted to the executive over time. It is long overdue. Congress must pass this bill to limit the ever-expanding presidential authority.