On March 7, The Badger Herald published an article exploring the past of University of Wisconsin plastic surgeon John Siebert.

UW Health hired Siebert in 2011 after he moved to Wisconsin from New York. During his medical practice in New York, he engaged in an inappropriate sexual relationship with a female patient, resulting in a three-year suspension of his medical license. Siebert’s license was reinstated under the provision that he must have a chaperone in the room anytime he sees a female patient.

UW hired Siebert while he was still under New York State Board of Professional Medical Conduct’s investigation for “professional misconduct” and “moral unfitness to practice.” But UW determined that despite his transgressions, Siebert’s medical record was impressive and, according to Wisconsin officials, Siebert was “not seriously harmful to the public.”

UW spokeswoman Lisa Brunette said Siebert was hired because he is “one of the most gifted surgeons in the nation, perhaps the world.”

Whether Siebert deserved to be hired at all given his history of sexual misconduct is a question that deserves to be addressed, but his conduct in the workplace since being hired has been in line with making amends to his actions.

Importantly, Siebert himself has personally demonstrated a commitment to remediating his actions. As indicated in the aforementioned Herald article, Siebert has made no attempt to hide his transgressions in New York. On the contrary, he has been very up front.

Siebert’s actions in 2006 were, and are, reprehensible. In engaging in the inappropriate behavior, he disrespected and disgraced the American Medical Association and exemplified potentially the worst behavior a doctor can. Instead of healing his patients, he directly caused harm.

But Siebert’s commitment to be transparent and make amends demonstrates progress. While UW overlooking his deeds because of medical talent is highly problematic, his personal response to his misaction in 2006 is commendable and shows he is doing all we want any man who has committed such actions to do — improve.

In Nov. 2017, several women accused former Sen. Al Franken, D-Minnesota, of sexual misconduct. Following the accusations, Franken issued an apology and later resigned his Senate seat. Within his apology, Franken acknowledged, “I don’t know what was in my head when I took that picture, and it doesn’t matter. There’s no excuse…It isn’t funny. It’s completely inappropriate.”

Franken’s actions, like Siebert’s, were completely deplorable and inexcusable. But also like Siebert, Franken took the best possible steps to rectify the actions.

Their responses to these situations indicate something is working. Toxic men and sexual predators are realizing the errors in their ways and while no one can change the past, it is commendable that these men have taken every step possible to correct their past mistakes.

But we’re not quite done. 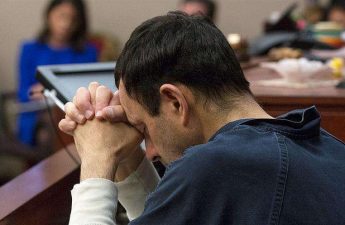 Following the Nassar scandal within USA Gymnastics, the entire Board of Directors of USAG resigned. But the resignation did not come without significant public pressure and a heavy-handed request from the U.S. Olympic Committee.

No one should support Franken, Siebert or USAG for the actions that led to mistreatment of women under their control. But the steps they have taken to correct their actions show that protests, media coverage and activism are working. Keep it up — we’re making progress.

Update 2:41 p.m.: This article has been updated to better reflect the context in which a statement from UW spokeswoman Lisa Brunette was given.

Correction: A previous version of the article suggested Ms. Brunette’s statement insinuated Mr. Siebert’s status as an elite surgeon played a role in overlooking his history of sexual misconduct. This article has been updated to accurately reflect that Ms. Brunette’s statement was only given in the context of why he was hired, void of any reference to his criminal history. The Badger Herald regrets this error.